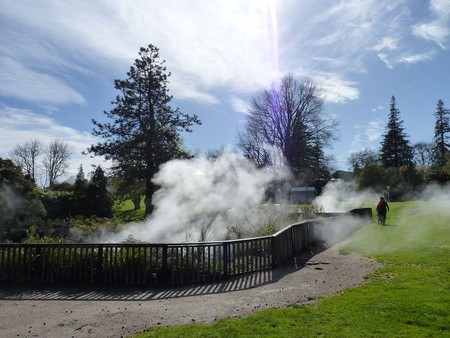 With high mountains, coloured lakes and huge Kauri forests, there are many natural wonders in New Zealand, all closely linked with the indigenous culture. The local Māori beliefs and myths reflect both the unstable nature of the local landscape and their underlying respect for nature, with mountains and rivers still considered sacred today. For those travelling through the North Island, many major tourist attractions and landmarks offer an opportunity to learn the local legends and gain some insight into why these places are sacred. 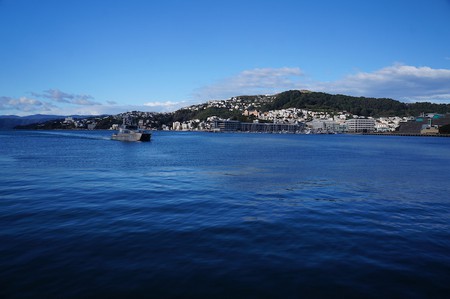 Ringed with green hills, Wellington Harbour forms the capital’s city centre. Yet, many years ago, before there was a harbour in Wellington, there was a lake. Two taniwha (sea monsters) lived in the lake, until one of them heard waters in the south (the Cook Strait) and decided to reach them, breaking through the rocks into strait. The second taniwha, Whataitai, tried to follow him, but the water was flowing out of the lake, and he was stranded on the shore. His soul left in the form of a bird, Te Keo, which flew above the harbour and wept for his body down below. To this day, Mount Victoria is known to Māori as Tangi Te Keo, ‘The weeping of Te Keo’, and the area on the hills directly below is called Hataitai. 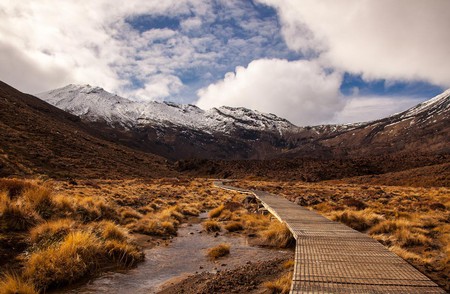 The beautiful mountainous landscape of the central North Island is intertwined with rivers and dotted with lakes, and is an area of deep cultural and spiritual significance. There are many stories about how that landscape formed and according to Māori belief, mountains were once gods and warriors of great strength. The great mountain, Tongariro was one of seven mountains surrounding Lake Taupo. All the mountains were male, except for Pihanga who was exceptionally beautiful. The other mountains were in love with her and battled each other for her favour. The land erupted with fire, smoke and hot rocks as they fought, the ground trembling beneath them. Eventually, Tongariro emerged the victor, winning Pihanga’s devotion and the right to stand next to her. The defeated mountains were given one night to move away from the couple and at dawn remained in their location forever. 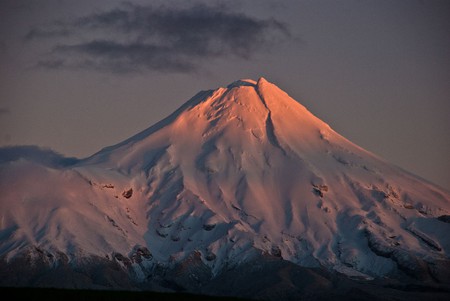 Rising high above the land and looked out towards the ocean, Mt Taranaki, meaning ‘Gliding Peak’, is a spiritually important landmark for Māori. Taranaki was one of the mountains that fought for Pihanga’s favour and lost. Travelling through the night, he scarred the earth with a huge trail as he moved west. In his new place by the sea, he cried for Pihanga and his tears flowed into the trail, becoming the great Whanganui River. When cloud covers the mountain, Taranaki is hiding his tears. 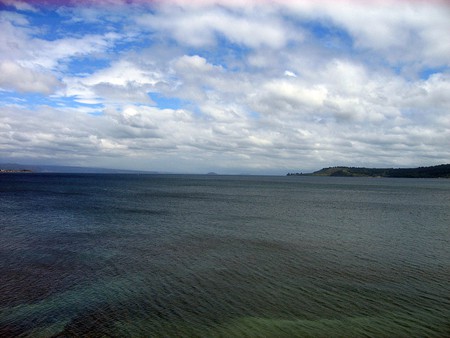 Surrounded by mountains and so large it is impossible to see across to the far shore, Lake Taupo was created nearly 2000 years ago by a huge volcanic eruption. However, according to legend, when the explorer Ngatoro-i-rangi first saw Taupo, it was just a huge bowl of dust in the ground. In an effort to promote growth, he uprooted a totara tree and threw it into the barren bowl. The wind caused him to miss his mark and, after striking a hard bank, the tree landed upside down, its branches piercing the earth. Fresh water welled up, forming Taupo moana – ‘The sea of Taupo’. This tree is said to still be visible under the water about 70 metres off the shore at Wharewaka Point. After giving thanks, Ngatoro-i-rangi threw strands from his cloak into the water where they became the native fish of the lake.

Rotorua is a region straight from a fairytale, with coloured lakes, boiling mud pools and thick forests. As such, it’s naturally filled with local legends and myths, with a particularly interesting story centring on Kuirau Park. The park is open to the public, its boiling lake a major attraction. However, the stories say that the lake was cold in the distant past. A man, Tamahika, and his lovely wife, Kuirau, were the first to live at its shores. However, one day when Kuirau was bathing in the lake, a taniwha (sea monster) grabbed her and dragged her down into the depths of the lakes. The gods saw this and were angry, so they made the waters of the lake boil. The Taniwha was destroyed but Kuirau was also killed, and since that time the lake and the park around it have taken her name. 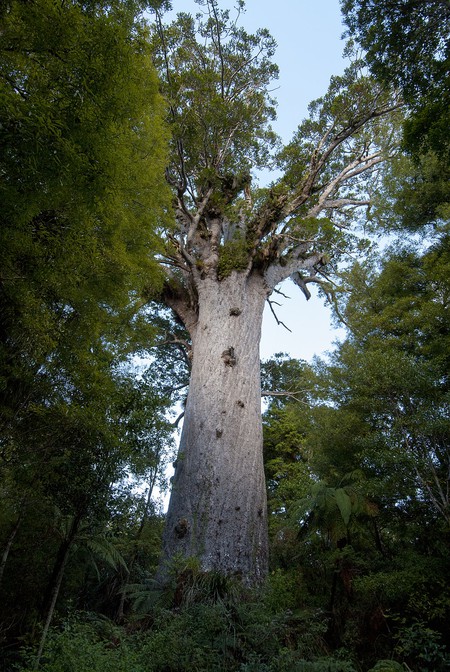 Driving towards Hokianga from Auckland, the road winds through the beautiful Waipoua Forest, home to three quarters of New Zealand’s kauri trees. While the entire forest is sacred, just a short walk from the road stands Tāne Mahuta, the largest kauri tree in the country at 51 metres high and with a girth of 13.8 metres. In the Māori creation myth, Tāne Mahuta created the earth by lying between his parents – the earth and sky – and pushing them apart to make space for him and his siblings to live. He still stands like that now in the forest, his shoulders pushing against the earth, and his feet stretching out towards the sky.

Just before reaching Cape Reinga at the top on the North Island, there is a stretch of beach, where spirits gather to leave this world. Spirits Bay is perhaps the country’s most renowned place for supernatural beings – according to ancient Māori beliefs, spirits, both in groups and by themselves, move down the beach at night before disappearing. These spirits are focused on reaching a particular part of the beach and cannot be distracted from their goal.