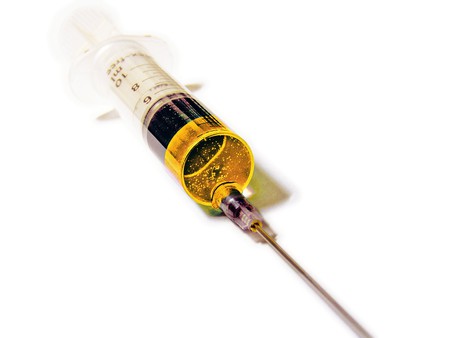 For such a little and remote land, New Zealand sure has done a lot for the world. The people are famous for their resilient and upbeat attitude, sunny disposition and, of course, that “kiwi ingenuity” so often talked about. They’ve also done much for the design community, so here are the top names you should know.

It’s like something out of a science-fiction novel; Murdoch, a run of the mill Kiwi who – it turned out – was a bloody genius, would awake in the middle of the night with his brain positively fizzing with with three dimensional drawings revolving through his imagination. These he would get down on paper, refine and then turn into working products. This is, in fact, how Colin Murdoch came to invent one of the single most important medical instruments ever. He wanted to design a more effective vaccinator for animals and, in doing so, designed and invented the disposable syringe: a device that has saved millions of human lives around the world. He can claim to have revolutionized medical and veterinary science. And yet, who would be able to tell you that the designer of the syringe as we know it, was from Timaru, New Zealand? Not too many we reckon.

The 300+ km/h blur of speed, the smell of burning rubber and the distinctive roar of the Britten V1000 motorcycle linger over the tarmac of kiwi myth and the world of motorcycle design. John Britten wrote himself into the annals of motorcycle design from his shed in Christchurch, New Zealand. In a poll compiled by the world’s leading motorcycle writers to rank the Motorcyclist of the Millennium, John Britten was placed equal with the four founders of Harley Davidson. As with all people who feel the need to push the envelope, Britten was a motorcycle racer who decided to redesign his Ducati after he got sick of its limitations. This drive for perfection then snowballed into what became the monster that is the mythic Britten V1000. 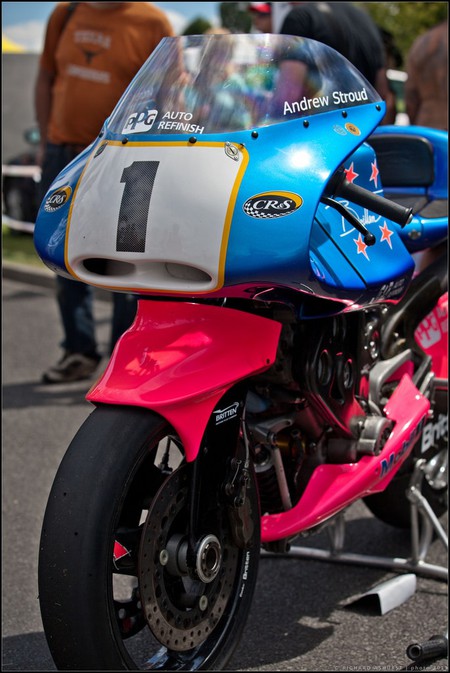 You know you’ve done well as a fashion designer when you can look back on three decades of work and see your clothing designs and products littering the pages of fashion magazines such as Vogue. Dame Trelise Cooper has spent 30 years capturing the romantic and feminine in her designs, using luxurious fabrics, elegant colours and unique touches to create truly original clothing and accessories. If you needed proof in the quality and popularity of her designs just take a look at the clientele that wear her clothes: Catherine Zeta Jones, Miley Cyrus, Julia Roberts and Liv Tyler to name a few.

Kiwi brothers David and Andrew Akers, along with scientist Dwayne van der Sluis brought the world … the Zorb! Thank goodness for that, we hear you cry. How did we survive so long without a giant inflatable ball that you can roll yourself down a hill in at 50km/h? Thrillseekers are strapped into the hollow plastic ball – surrounded by a thick air cushion – then sent off on a crazy downhill spin. For a seemingly ridiculous invention – when compared to the disposable syringe, at any rate – it sure has taken off. There are now franchises all over Europe, South America and Asia. 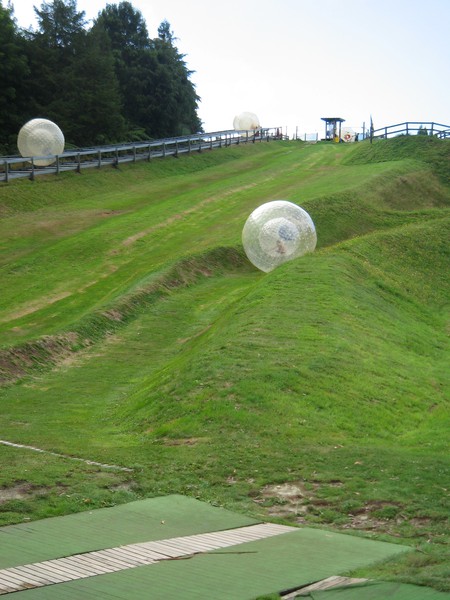 Bruce McLaren, was a brilliant driver, with vision that extended far beyond the driver’s seat. This enterprising Aucklander became the the engineer, inventor, constructor and tester of, what has become, one of the world’s most successful motor racing teams in the history of motorsport. The McLaren team has won over 180 Grand Prix races and 12 Championships (the most for a team) in their time. McLaren’s first Formula One chassis was excellent, but he was not able to match the body with an adequate engine, but as time progressed his designs got better and the team improved in leaps and bounds. While testing his latest Can Am car at the Goodwood track in England, the rear-hinged bodywork suddenly flipped open and sent the car spinning into a nearby concrete flag station platform. Bruce McLaren was killed instantly. 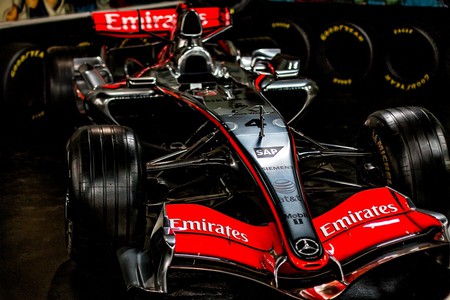 New Zealand entrepreneur and daredevil A J Hackett was inspired to create bungy jumping after learning of a traditional practice in Vanuatu where participants leap from wooden structures attached to vines. Whilst, if you’re knit-picking, it might be not technically true that he “invented” it, there’s no doubt he commercialised bungy jumping around the world. Hackett devised a system of plaited elastic bands, and publicised his bungy style by jumping from the Eiffel Tower in 1987. He opened the world’s first commercial bungy site in 1988, and New Zealand has become the home of the bungy with more than 100,000 visitors taking the plunge each year. 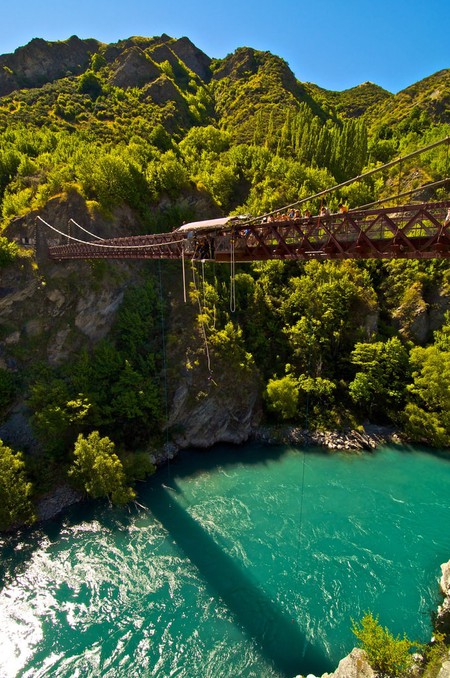 The hay lift, an advanced air compressor, a machine to smooth ice on skating ponds, and the water sprinkler – amongst other things – are all products that Bill Hamilton designed and had built in his time. You’d be thinking that would be enough to be going on with, but what Hamilton is most famous for is designing and building the first jet-boat engine. This revolutionary design enabled people to travel up rivers for the first time in history.

When it comes to New Zealand fashion designers there aren’t many who you could say are more famous around the world than Karen Walker. Since she started her own label in 1987, she has steadily been making more of a mark on the fashion industry around the world. As far as clients go she seems to have caught the attention of some pretty notable trendsetters including Natalie Portman, Bjork, Sienna Miller, Jennifer Lopez and Rihanna.

Burt Munro’s lifetime fascination for the Indian motorcycle brand and his passion for shattering speed records on his motorbike, culminating in his first run as fastest qualifier at Bonneville in 1962, were portrayed in the 2005 hit movie The World’s Fastest Indian. It might be a bit of a stretch to call this accomplished racer a designer. However, he did design and modify his motorcycles to such an extent that his first bike – which was built to top-out at 55mph – would hit 120mph, no worries. Because Munro was a man of modest means, he would often make parts and tools himself instead of having them professionally built. For example, he would cast parts in old tins, make his own barrels, pistons and flywheels – so perhaps it’s not too cheeky to call him one of New Zealand’s most accomplished designers.

Since the early eighties Bruce Farr has been one of the pre-eminent yacht designers on the planet. What makes his designs so successful? Well, the statistics speak for themselves: 37 world championships won in his designs, and a multitude of successful grand prix boats and cruisers. He is a prolific designer of racing yachts, but also does the occasional one-off boat. 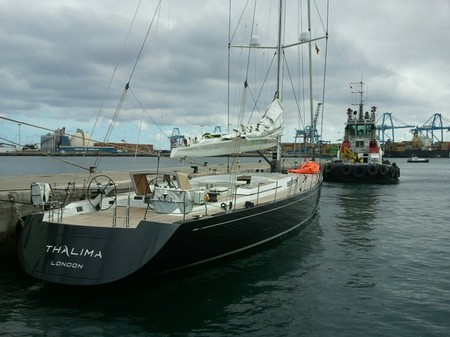 Although Richard Taylor doesn’t design products for people to buy, he is one of New Zealand’s most famous and accomplished designers. You would no doubt have seen his work on numerous occasions, although you might not have realised it. Taylor – and the work he does through Weta Workshop – is responsible for all the props, weapons, clothing and other bits and pieces in Peter Jackson’s Lord of the Rings trilogy. He and his team also designed props and weapons for King Kong, The Chronicles of Narnia and 30 Days of Night, to name but a few. His work in designing some of the most unique make-up, prosthetics and weaponry saw him win the title of New Zealander of the Year in 2012. 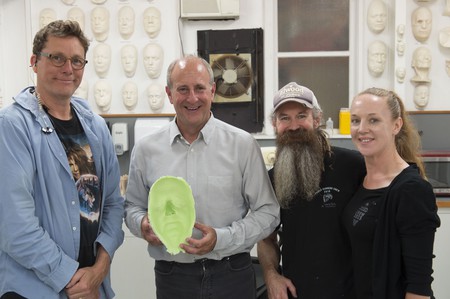