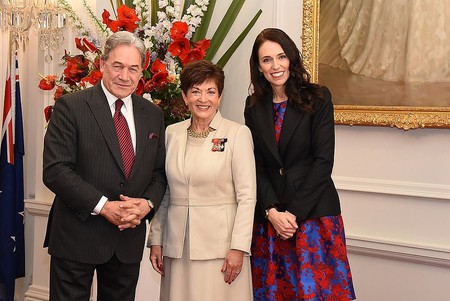 New Zealand recently swore in a new government – with Labour Party leader Jacinda Ardern taking over as the country’s Prime Minister. With an election that ultimately led to a hung parliament and various rounds of negotiations, the shift in power could be said to mark a new political era. Here’s what you need to know about Ardern’s leadership journey and what she envisions for her homeland.

Jenny Shipley was the first woman to ascend to the top governing position, from 8 Dec 1997-5 Dec 1999, after staging a successful coup against her predecessor Jim Bolger. Helen Clark became the first woman to be elected Prime Minister in 1999, staying in power until 2008 when the National Party won the elections.

Born 26 Jul 1980, 37-year-old Jacinda Ardern is among the youngest world leaders, as well as being the second youngest leader in the history of New Zealand. Incidentally, she only loses out to Edward Stafford – who was the country’s Premier between 1856-1872 – by approximately 18 days.

Before Ardern stepped in, the Labour Party was treading on shaky ground – with former party leader Andrew Little renouncing his position just seven weeks before the election. As soon as she was voted by her colleagues to take Little’s place, Ardern’s team began to work on what she called the ‘campaign of our lives‘ and the term ‘Jacindamania’ quickly gained traction both in New Zealand and abroad.

A respectable political background propelled her to the top position

The Labour Party voted unanimously for Ardern to take Little’s place – despite the fact that she originally believed she would be the last person to do the job. It was her charisma and strong political credentials that brought this unified sense of confidence: Ardern has been a member of the Labour Party since she was 17, started working in politics as a researcher for PM Helen Clark, had a stint as a policy adviser for Tony Blair in the United Kingdom, became a list MP (i.e. someone who gained a seat in Parliament by being elected from the party list, rather than geographical constituency) in 2008 and had an electorate to call her own in February 2017 before coming in as a party leader in August. 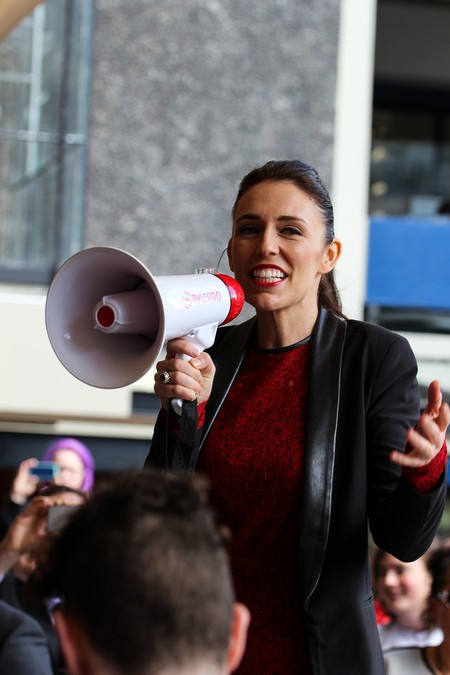 She’s not afraid of speaking out against double standards

A few hours after being elected Labour leader in August 2017, Ardern was faced with a topic that a male contender would not have been asked about: motherhood and the potential of starting a family. She has always been open about her desire to have children at some point in the future – but it was the fact that she was asked about it just seven hours into the job that rubbed her the wrong way. Ardern took the opportunity to defend women’s rights to keeping their child-bearing plans to themselves, no matter what position they’re working in, adding it is ‘totally unacceptable in 2017 to say that women should have to answer that question in the workplace’.

Both the National Party and the Labour-Green coalition lacked the number of votes to form a government, relying on ‘kingmaker’ Winston Peters and his New Zealand First party to decide which side they wanted to collaborate with. Despite the fact that National had a higher number of votes, it was the left-learning bloc who ultimately won out in the negotiating table. The announcement was met with mixed reactions internationally, with some touting the government change as representative of a ‘new era’. 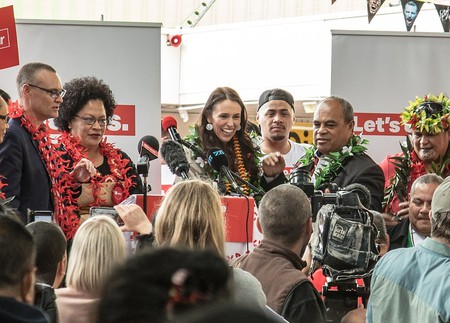 As she was sworn into power, Ardern addressed her new government reiterating their main objective and responsibilities to the wider public: to be active, focused, empathetic, and strong. The Labour party’s priority areas include access to housing, a reduction in child poverty, addressing climate change, and increasing the minimum wage.

And a place where youth can thrive

Ardern’s electoral campaign put a strong emphasis on youth issues, from access to tertiary education to the barriers of getting young people into employment. Her government has already started delivering on their promises to prioritise the younger demographic, recently announcing that domestic students will likely receive their first year of study for free in 2018. She has also promised an increase in student allowances as well as restoring post-graduate student eligibility for financial support. 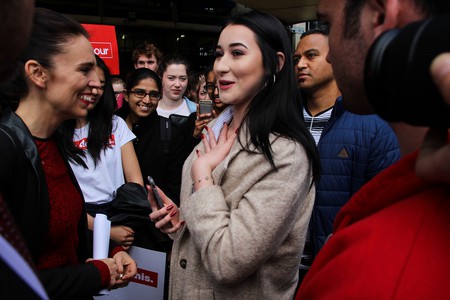 She is known to stand her ground on LGBT issues

Ardern was raised a Mormon, but left the faith in her 20s because of the church’s staunch anti-homosexual stance. She was also one of the political leaders to vote in favour of the 2013 Marriage Equality Bill, the groundbreaking legislation that enabled same-sex couples to marry in New Zealand.

As well as bringing women’s concerns to the forefront

Ardern is known for her support of liberalising abortion law, particularly when it comes to advocating on removing the practice from the New Zealand Crimes Act. Additionally, in one of the electoral debates Ardern talked about her ambition to have a 50/50 caucus – and did not hesitate to voice her disappointment in the gender balance of her new government, despite feeling confident in the talent of her Cabinet ministers.

And she isn’t afraid to speak up about mental health

Mental health is a major issue in New Zealand, with increased suicide rates and an overall scarcity in adequate resources being among the top concerns. Ardern’s government has promised to conduct a full review of the country’s mental health system, and the Prime Minister herself has openly talking about her own battles with anxiety. 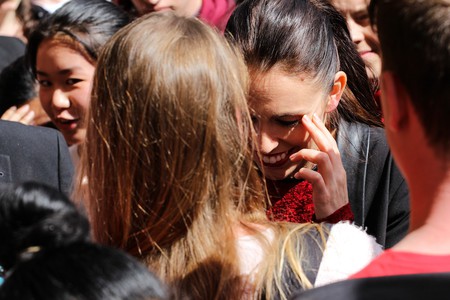 Jacinda Ardern campaigning at the University of Auckland, 1 Sept 2017 | © Ulysse Bellier/Flickr
Give us feedback