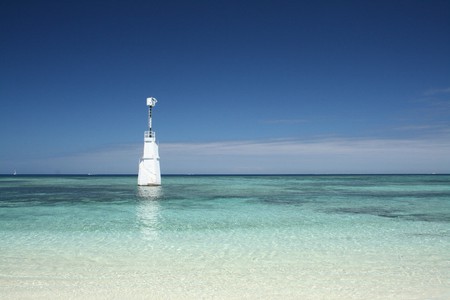 New Caledonia’s islands may be world famous, but its villages and towns are also worthy of photographs to be shared across your social media pages. Discover the French and Melenasian cultural influences in these towns outside the main tourist hubs.

Not far from Noumea, Dumbea offers visitors a chance to immerse themselves in nature in this French-Pacific nation. Mt Koghi offers two outstanding hikes for the adventurous traveller, especially up to the Malaoui peak, where you can take in an impressive panoramic view of the town and landscape below. The Dumbea River is a beautiful body of water with clear waters, surrounded by rugged rock formations. Dumbea Provincial Park is ideal to view the natural resources and biodiversity of the region. 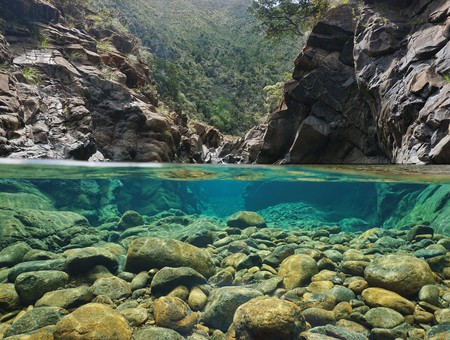 Faubourg Blanchot is home to beautiful buildings and colonial architecture. This Noumea neighbourhood is reminiscent of the late 19th century and still has almost 60 colonial buildings standing proudly today. There’s a walking trail produced by the city council to guide you through the best bits.

Prony Village is full of history, but nowadays is actually an abandoned town, except for travellers and tourists who visit. It was once a penal colony where convicts worked in forestry to support the growing infrastructure of Noumea. It was a typical boom-and-bust industry and the site was eventually shut in 1911. But a village was later built on the ruins and became the town for families of miners until the late 1960s.

Nowadays, heritage guides take visitors to see what’s left of that period, although most of the ruins are now covered in huge Banyan trees. In the Bay, visitors can go on expeditions to spot humpback whales, and scuba divers are drawn to spot known as the Prony Needle — a tall underwater stalactite with intense hydrothermal activity.

Poindimié is situated on the north east coast of New Caledonia’s main island, the Grande Terre. It’s a great place to learn more about the Kanak culture. In this northern part of the country, the tribes live a very simple life with basic housing and facilities. Guides will take you to learn more about the culture. The area has plenty of outdoor adventures including waterfalls, beaches and great snorkelling and diving at Tibarama Island. 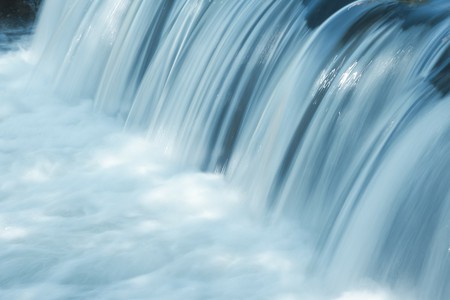 The village of Bourail is a quaint town home to a number of heritage buildings, as well as an old lighthouse at Gouaro and old military post office. The Bourail Museum offers a glimpse into the history of New Caledonia, and you can even see the last guillotine used in the country. Outside of the town itself is the barrier reef, listed as a UNESCO World Heritage site. One of the most famous landmarks in this town is the Bonhomme de Bourail, a rock formation on the coast named after its supposed resemblance of gentleman man wearing a hat. 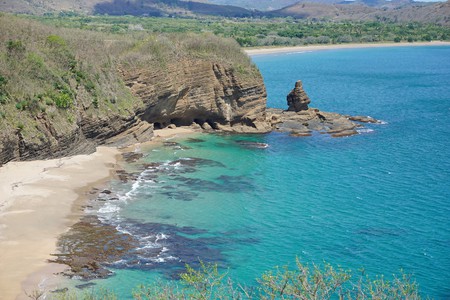 Bonhomme of Bourail rock formation | © Seaphotoart / Shutterstock
Give us feedback