Word on the Street: the Playful 'Hello' House in Melbourne Greets Passersby 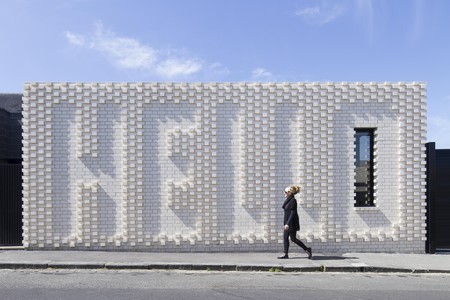 Guests to this witty house in Melbourne are warmly welcomed before even stepping inside the front door, thanks to a cool design concept by OOF! architecture. Rather than just your average brick wall, the firm decided to bring a new dialogue to the city’s streetscape and interact with the local Richmond community rather than shutting the house off from the neighbourhood. 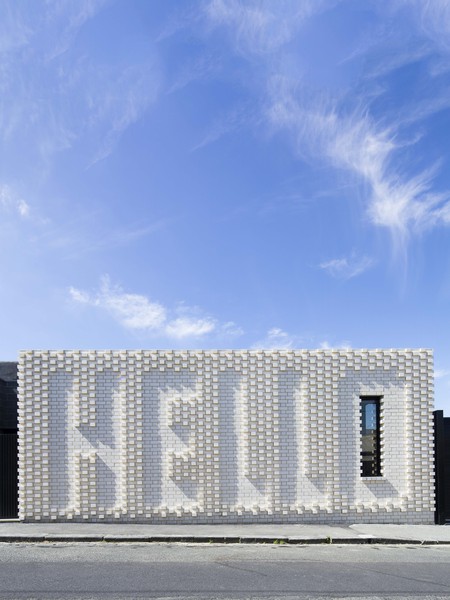 The wall was designed in collaboration with owner and visual artist Rose Nolan, who wanted to transform a former Victorian shophouse into a modern and bright family home, complete with a studio for Rose. They wanted to restore and extend the existing building while also being sensitive to the area’s hodgepodge of 19th-century heritage buildings, 1960s and 1970s brick apartments and small warehouses. 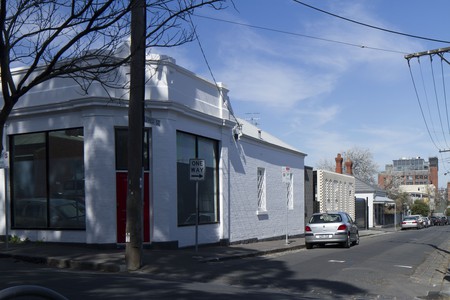 ‘Rather than blending in or blanding out of its heritage-ous neighbourhood, “Hello” house is a slightly loud but friendly new face in the street,’ says OOF! architecture. 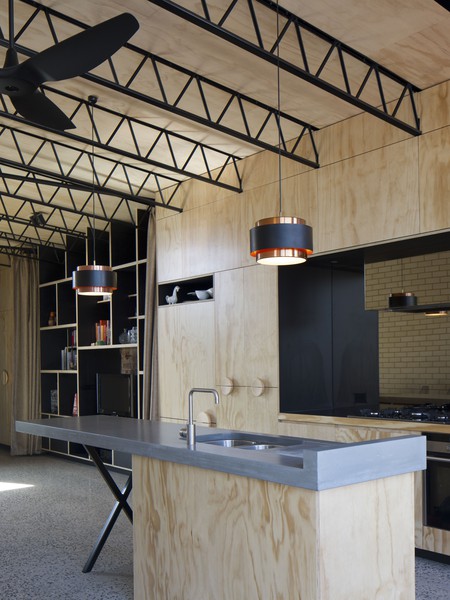 The modest but beautiful front rooms were refreshed and its impractical old back rooms were demolished and replaced with new spaces more suited to 21st-century living. Rose now creates her text-inspired artworks out of the studio in the building’s renovated shopfront. 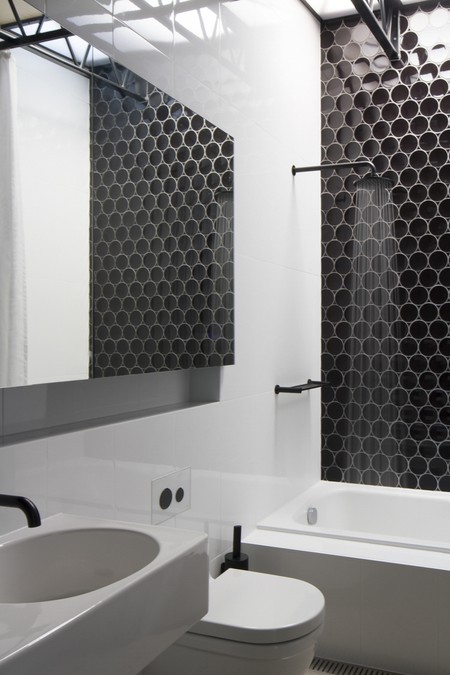 According to OOF!, Rose weren’t interested in creating anything too flashy, hence the use of raw materials and minimalist interior design. The industrial-style interior mixes warm wood with black-coated metal and polished floors, while a restricted colour palette ties the elements together. 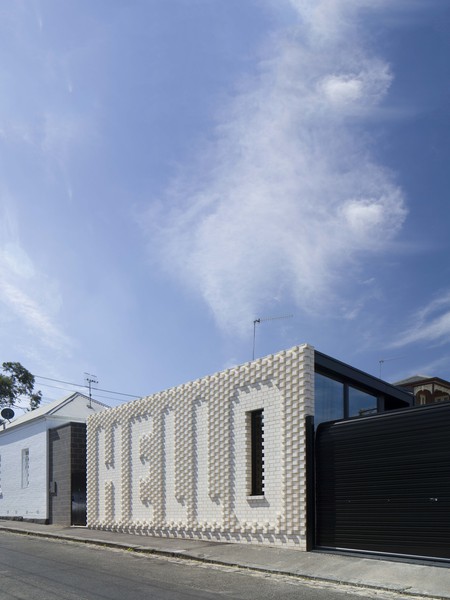 The one-storey home is flooded with natural light thanks to floor-to-ceiling glazing at either end of the property, one of which faces a small private garden that’s ideal for entertaining al fresco in summer. 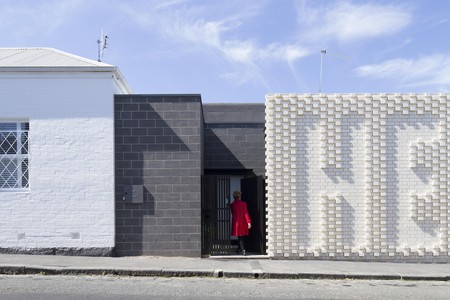 © Nic Granleese
Give us feedback