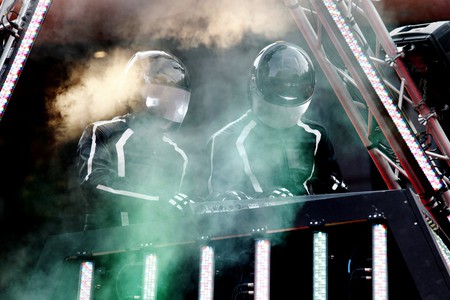 There’s a good chance you’re going to be hearing a lot about the band Parcels throughout the second half of 2017, and, in large measure, it’s all thanks to Daft Punk.

While Thomas Bangalter and Guy-Manuel de Homem-Christo have popped up numerous times over the past few years to lend theirs talents in collaboration with high-profile artists such as Pharrell, Kanye West, and The Weeknd, their list of credits is very slim, and a co-sign like Parcels’ hasn’t been seen since the French helmets produced the Japanese hip-hop group Teriyaki Boyz’s debut single “Heartbreaker” in 2006.

So who exactly is Parcels, and how did their co-written, co-produced collaboration, “Overnight,” with Daft Punk come about?

Hailing from Byron Bay, Australia, Parcels is comprised of members Patrick Hetherington, Louie Swain, Noah Hill, Jules Crommelin, and Anatole Serret. The band formed in 2014 during their high school years, and soon after decided to relocate to Berlin.

“Australia has a cool music scene, but it’s also really isolated, and it was just the goal to come to a place where it’s so easy to play shows in different countries and where it’s more, kind of, happening,” Hill told Diffus Magazine.

Describing their original sound as “computer-orientated”—their first EP, Hideout, was written entirely on the computer—their time in Berlin has shifted their focus to crafting tunes through live instrumentation. However, listening to a lot of disco at the time that electronic composition took its hold on the band, there’s an unmistakable penchant for ’70s sounds in every song, fusing together the old and new. 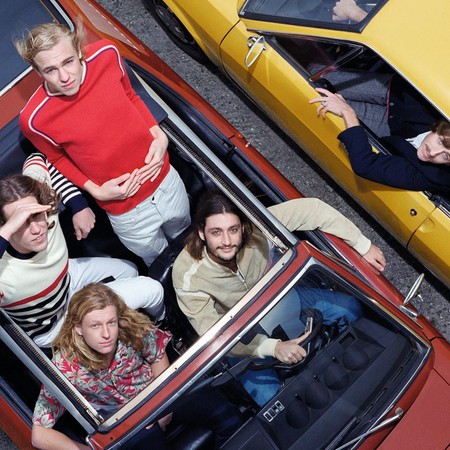 Now signed to Parisian label Kitsuné, Parcels is surely about to score their biggest hit yet with “Overnight.”

Speaking with NME, Parcels explained how they came in contact with the robots. Last year, the band performed in France for the first time in a “sweaty little basement club in downtown Paris,” and Daft Punk was in attendance. Clearly, the robots liked what they heard.

“Very inspiring,” the band wrote, describing their studio experience with the duo. “Most surprising was the nature of the collaboration. Despite the obvious status that Daft Punk carry there was never any ego in the studio. From the start to the finish it was an equal collaboration with no pressure, only a desire to create something meaningful together. That gave us a lot of confidence in ourselves, as well as respect for those two.”

There’s no denying that “Overnight” is a great track. Bearing the unmistakable gleam that comes with Daft Punk production, the track is sure to become summer anthem. However, post-“Get Lucky,” it’s hard not to feel like “Overnight” is a slightly watered-down version of the Pharrell-assisted hit.

Agree or disagree, Parcels is on the verge of a big break. Listen to “Overnight,” as well as “Older,” another standout track of theirs, below.