The Best Things To Do and See in Port Melbourne 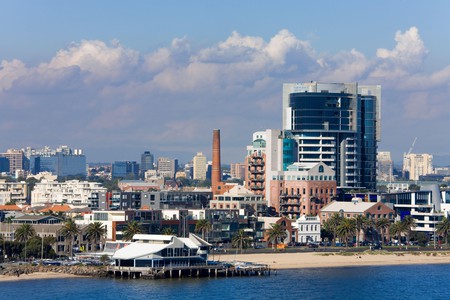 Anna Streater grew up on a cattle farm in country Victoria before she bought the cherished Port Melbourne pub – the Prince Alfred Hotel – in 2016. Partner and co-publican Tom Streater hails from Western Australia. Like so many Port Melbourne residents, the couple gravitated towards this bayside borough south of the Melbourne city centre a little later in life.

“Port Melbourne is full of expats,” Anna tells Culture Trip. “There’s a bit of a joke: if you live in Port Melbourne, you’re not from Melbourne.”

This once-industrial neighbourhood might not be quite as prominent on visitors’ maps as salubrious South Melbourne next door or sunny St Kilda further east along Port Phillip Bay. But urban renewal has transformed this coastal postcode and its backbone Bay Street into one of the most vibrant quarters in the south of the city, with a tight-knit group of people choosing to call it home. 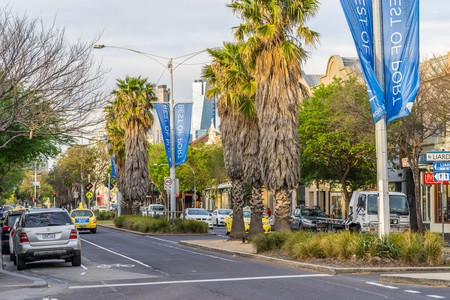 “I’ve never lived in a suburb that just loves its community so much,” Anna says.

“Most nights at the pub, I know it sounds a bit cheesy, but you know the ‘Cheers’ pub? I would know 80 percent of the people’s names.

“Everyone knows Bay Street, Port Melbourne. There are loads of fish-and-chip shops, a few other pubs, so we get lots of pub crawls, amazing bakeries and really nice gift shops.

“It’s very clean, there are families, working-class mixed with affluence, new housing estates and really old colonial houses and cottages. It’s quite eclectic, but it has a really, really parochial community.”

From the beach to the bar, read on for the best things to see and do in Port Melbourne, Australia.

Grab a pint at the Prince Alfred Hotel

The Prince Alfred has been an institution at the northern end of Bay Street since 1867, but this Port Melbourne watering hole was a little tired when Anna and Tom took the keys in 2016. Their mission? To create the Larry Bird of pubs. “Larry Bird wasn’t a particularly awesome basketball player, yet Tom and I are both sports fans, and that’s what we were trying to do: the simple things really well,” Anna explains. That means uber-friendly service, the only pub pool table on Bay Street, legendary pub grub (burgers like The Duke and the Flamin’ Galah even have their own merchandise) and 12 taps of craft beer, chosen by the team during a weekly tasting.“When we took over, we wanted to make it a craft-beer pub,” Anna says. “Our vision was to make it a little bit of Brunswick Street on Bay Street. A little bit of the north side on the south side.”

Have a coffee at Hurricane Handsome

Bay Street is blanketed in coffee shops between the Prince Alfred and the beach, though few brew a cuppa quite like Hurricane Handsome. Aristea and George Sardelis took over this sun-kissed corner café in 2016, serving beans from local Melbourne roasters Madamimadam and a bulging all-day breakfast menu curated by head chef Babu Ram Giri. “Hurricane Handsome is the best coffee in Bay Street, hands down,” Anna says. “They are really sticklers for their baristas – they’re amazing.”

As well as coffee shops and pubs, Bay Street is sprinkled with some of the best shopping in the south of Melbourne. The kilometre or so between the Prince Alfred and the Port Phillip Bay sand boasts bakeries, boutiques and bookstores galore.“Noisette, holy shit, they do the best sourdough in the world,” Anna says. “There’s a few good Japanese places. There’s a really nice green grocer for organic produce, Port Melbourne Grocer. There’s a few good shopping boutiques, particularly one called Laine. And the Mary Martin Bookshop is just on the other side of the road – that’s really cool, too.”

The bright lights of the AFL thrill tens of thousands of supporters at the Melbourne Cricket Ground and Docklands’ Marvel Stadium every weekend between March and the last Saturday in September. However, the soul of the game survives in suburban grounds like North Port Oval, home to the Port Melbourne Football Club, a staple of the neighbourhood since 1874. The Borough compete in the second-tier VFL in front of their rusted-on fans – one of this sports-mad city’s most authentic sporting experiences.“I play footy for the Borough!” Anna adds. “And they’ve got a really strong women’s team and really strong junior teams.”

A neighbourhood perched on the water naturally enjoys plenty of pristine public parks. Port Melbourne beach features a dog area next door to the yacht club, green reserves are sprinkled across the suburb, and the wooden pillars of the Princes Pier form one of Melbourne’s most Instagrammable vistas. Anna’s favourite green space, though, is the stretch of grass connecting Spirit Station Pier – where the Spirit of Tasmania ferries set off to the Apple Isle – with the tram stops near the footy oval. “On Station Street, along the tram line, there’s a really nice park – a dog-off-leash park – and you can cycle up and down there,” she says. “You can cycle from the beach to the city along that tram line.”

Port Melbourne’s most unique park is the Gasworks Art Park, a creative space a few blocks east of Bay Street and three north of the sand. The red bricks of the South Melbourne Gas Plant now house two theatres and three galleries for exhibitions, festivals, workshops, performances and markets, as well as four hectares (10 acres) of parkland dotted with sculptures – a quintessentially Melbourne conversion of this 1870s industrial site.“Visitors can take part in a variety of community classes such as painting and sculpting, or just take their dog for a walk in our off-leash park,” says Devon Cartwright from Gasworks. “Gasworks Arts Park is a vibrant arts precinct producing a range of high-quality arts programs, workshops and activities for all ages.”

Clooney Kitchen and Bar is a swanky speakeasy that exudes old-school cool. A jet-black facade greets Bay Street, while dimly lit velvet booths welcome guests inside, inviting them to order a tipple off the sophisticated cocktail menu. The venue is named after 1950s jazz singer Rosemary rather than impossibly handsome Hollywood star George, which informs the vibe.“Clooney is dark, the cocktails are out of this world; they care so much, they’ll come and chat to you, really personalised service,” Anna says. “It’s probably only got about 20 seats – it’s tiny and beautiful, with nice little charcuterie meals and things.”

Dine out at Vinoteca

The Prince Alfred isn’t the only place thirsty visitors can find craft beer in Port Melbourne. Westside Ale Works – which takes its name from the style of beer brewed on the United States’ West Coast – and Colonial Brewing Co – which began in Western Australia in 2004 before crossing the Nullarbor Desert – are must-dos for beer-lovers, while Starward Whisky Distillery creates stronger stuff. “Westside Ale Works, they’re really nice, and Colonial, they’ve got a brewery here and a brewery in WA, and they brew half their stuff in each space – they’re really cool,” Anna says. “Starward Whisky Distillery, that is awesome. I had a private tour for my birthday there last year, it was awesome. You can go and have a whisky-sampling class and a tour of the distillery, and they’re really great. Starward is awesome.”

Go to Fisherman’s Bend… or not

There’s a lot of chat about Fisherman’s Bend, split from the main bit of Port Melbourne by the West Gate Freeway and standing in the shadow of the bridge by the same name. Millions of dollars are being pumped into this cold industrial precinct in a bid to attract tens of thousands of residents over the coming decades. But there’s little more than factories and business parks on the map.“It’s just not really taking off,” Anna explains. “They build all these apartments and say it’s an amazing dining precinct, but it’s not. It’ll be years before it’s anything.”

This is an updated version of a story created by Delan Cooper.