Top 10 Australian Directors You Should Know 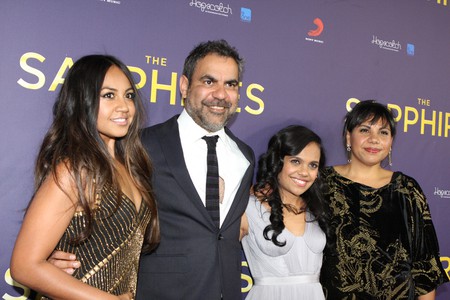 Australia has produced some of the most picturesque and iconic films in cinematic history – a feat that is down to the many brilliant directors and filmmakers that Australia has produced over the years. Working both internationally and locally, the top 10 directors in this list have produced artistically bold films that stand the test of time.

Wayne Blair, an Indigenous Australian writer, actor and director, was born in Taree, New South Wales and is perhaps most famous for his film The Sapphires. In 1998, he was one of the first four filmmakers to be mentored under the Metro Screen indigenous mentor scheme for which he made a short film called fade 2 black. He has directed a number of episodes for TV shows like Lockie Leonard, Double Trouble, The Circuit, Dead Gorgeous, and many more. Wayne Blair was awarded the Bob Maza Fellowship for 2011 by Screen Australia to provide opportunities for career development. In addition, at the end of 2012, Blair was featured in Variety magazine’s top ten directors to watch in 2013.

Baz Luhrmann began his career as an actor, but found that he was much more suited as a director behind the scenes. The Sydney- born director was initially involved in producing musical theater and opera productions throughout the 1980s and early ’90s. Luhrmann is today renowned for his direction of the Red Curtain trilogy; these three films included Strictly Ballroom, a postmodern take on Shakespeare’s Romeo and Juliet and Moulin Rouge, which featured Aussie actress Nicole Kidman. His most recent films include Australia, an epic historical romantic drama film, starring Hugh Jackman and Nicole Kidman, and his 2013 drama The Great Gatsby, based on F. Scott Fitzgerald’s 1925 novel starring Leonardo DiCaprio and Tobey Maguire.

George Miller, best known for his Mad Max franchise, is an Australian film director, screenwriter and producer. Interestingly, Miller first started out as a medical doctor, before using his experiences with traffic accident victims to form the basis for his screenplay for the first Mad Max film, starring a then-unknown Mel Gibson. Miller has also been involved in the productions of Babe and Happy Feet. Miller has been nominated for five Academy Awards featuring Best Original Screenplay in 1992 for Lorenzo’s Oil, Best Picture and Best Adapted Screenplay in 1995 for Babe, and Best Picture and Best Director for Mad Max: Fury Road in 2015. He also won an Academy Award for Best Animated Feature for Happy Feet in 2007.

Three time-Best Director Oscar nominee, Best Original Screenplay Oscar nominee, and winner of the French César for Best Foreign Film, Peter Weir has produced some of the most memorable American and Australian dramas of the last forty years. Weir was a leading figure for the Australian New Wave cinema movement from 1970 to 1990, producing famous films including the mystery drama Picnic at Hanging Rock (1975), supernatural thriller The Last Wave (1977), and historical drama Gallipoli (1983). In 1983, his film The Year of Living Dangerously, starring Mel Gibson, transformed into a $6 million multi-national production that launched his career in Hollywood. Weir successfully produced a plethora of iconic genre-straddling works, including the thriller Witness (1985), the drama Dead Poets Society (1989) and the social science fiction comedy-drama The Truman Show (1998).

Born in Griffith, New South Wales, Phillip Noyce became infatuated with filmmaking at the young age of 18. In 1973, he joined the Australian Film, Television and Radio School and by 1975, had released his first professional film. Noyce was able to achieve huge commercial success with Newsfront (1978), which won Australian Film Institute (AFI) awards for Best Film, Director, Actor, and Screenplay. Noyce directed five films in America, of which Clear and Present Danger, starring Harrison Ford, was the most successful, critically and commercially, grossing $216 million. After 1999’s The Bone Collector starring Angelina Jolie and Denzel Washington, Noyce decided to return to Australia producing Rabbit-Proof Fence, which won the AFI Award for Best Film in 2002. He also directed Salt (2009) with Angelina Jolie, which proved to be his biggest commercial hit to date, making nearly $300 million worldwide.

Geoffrey Wright is an Australian film director born in Melbourne in 1959 who specializes in tough and edgy films. Wright attended the Swinburne Film and Television School with a Diploma of Arts in Film and Television. He gained major success with his film Romper Stomper (1992), which launched the career of Russell Crowe. He also directed the suburban thriller film Metal Skin (1994), starring Ben Mendelsohn, and later directed the film Cherry Falls, a teen horror film, starring Brittany Murphy. His adaptation of Shakespeare’s Macbeth starred Sam Worthington and Lachy Hulme.

Paul John (P.J.) Hogan was born in Brisbane, Australia and lived in New South Wales during his teenage years. He won an AACTA Award for Best Short Fictional Film, which was called Getting West (1984). His first big hit was Muriel’s Wedding (1994), which starred Toni Collette and Rachel Griffiths. This film led him to be recognised by Julia Roberts, who chose Hogan to direct the 1997 film My Best Friend’s Wedding. Hogan then went on to produce films such as Unconditional Love (filmed in 1999, but released in 2003), Peter Pan (2003), and Confessions of a Shopaholic, starring Isla Fisher (2009).

Gillian Armstrong was born in Melbourne, Australia and went on to study art and film at the Swinburne Technical College from 1968. She debuted as producer-writer-director on short films such as 1970’s Old Man and Dog and the 8-minute Roof Needs Mowing (1971). Armstrong also made the short film Gretel, which was Australia’s official entry at the Grenoble International Festival of Short Films. Armstrong then began a series of documentaries tracing the lives of three working-class girls – starting with Smokes and Lollies, she revisited the girls in 1980 in Fourteen’s Good, Eighteen’s Better, and again in Bingo, Bridesmaids and Braces (1988). These were combined to make the award-winning feature length documentary, Not Fourteen Again (1996). Other titles produced included My Brilliant Career (1979), Mrs Soffel (1984), Little Women (1994), Oscar and Lucinda (1997) and Charlotte Gray (2001).

Chris Noonan worked on many early projects before winning 14 major awards for his 1980 documentary Stepping Out. He later co-directed the Australian mini-series The Cowra Breakout, wrote and directed 5 episodes of Vietnam, and made his movie debut with The Riddle of the Stinson. Noonan ended up becoming President of the Australian Screen Directors’ Association and was appointed chairman of the Australian Film Commission. In 1995, he directed the hit film Babe and the film made $280 million along with seven Academy Awards. In 2006, he also directed the Beatrix Potter biopic Miss Potter, starring Renee Zellweger.

Bruce Beresford has made more than thirty feature films over a fifty-year career timeline. Breaker Morant, one of the most well- regarded classics of Australian film, led to his move to Hollywood where he directed a number of films. These included Tender Mercies, Driving Miss Daisy, Black Robe and Silent Fall. Additionally, Beresford spent 10 years plying his trade in the Australian New Wave movement. The films of this period included The Adventures of Barry McKenzie, Don’s Party, The Getting of Wisdom, The Club and Breaker Morant. He won an Academy Award for Best Picture in 1989 and earned an Academy Award nomination for Best Director in 1984.