The Worst Australian Accents In Film 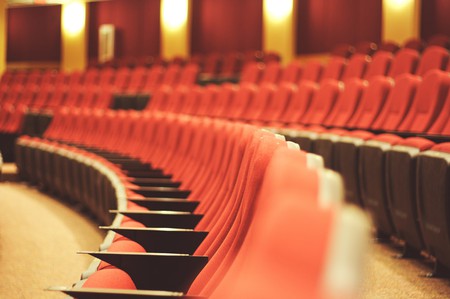 While the Australian accent is easy to conceal, very few foreigners are able to master the Aussie southern drawl. Among the trusted few are Kate Winslet, who has perfected the accent twice now in Holy Smoke and The Dressmaker, as well as Benedict Cumberbatch and Liev Schreiber. However, not everyone gets it right, and even Oscar winners have failed to deliver. Packed with exaggerated vowels and Cockney inflections, these are the worst six attempts at the Australian accent.

In 2007, Daniel Radcliffe took some time out of Harry’s fifth year at Hogwarts to film the Australian drama December Boys, based on the 1963 novel by Michael Noonan. The result was a flop of a film which tells the story of four orphans in outback Australia. Surrounded by a cast of Australian actors, Radcliffe’s forced Aussie accent fails to veil his natural British inflections.

The critically acclaimed 2012 spaghetti western Django Unchained is the highest-grossing film from director Quentin Tarantino, and it earned several awards, including two Oscars. Unfortunately for Australians, Tarantino made an unnecessary cameo appearance in the film as an Aussie miner named Jano. Not only does the scene distract from the plot, but it would be unlikely for an Australian to turn up in the Old West in 1859. Tarantino’s enthusiastic performance is brief, but his unsuccessful attempt at southern drawl is clear for audiences to hear. Luckily, the bulk of the scene was cut during editing.

Natural Born Killers is a controversial satirical crime drama that follows two mass murderers who are in love and are glorified to cult status by the media. The tabloid journalist following their story is Australian Wayne Gale, played by Robert Downey Jr. To prepare for the role, Downey met with Australian shock-jock, Steve Dunleavy. What resulted is a copycat accent that showcases Downey’s impressive acting chops one second before falling back on exaggerated vowels the next.

Mastering the Australian accent is hard enough, but when Meryl Streep took on the role of Lindy Chamberlain in the film Evil Angels, also known as a Cry in the Dark, her job was to emulate the accent of a New Zealand-born Australian woman. The film follows the media attack on the Chamberlain family after nine-month-old Azaria was taken by a dingo in Uluru. Streep’s performance is undeniably moving, but her solid attempt at the Kiwi/Aussie accent isn’t convincing for locals.

Based on a true story, Mike and Dave Need Wedding Dates is a 2016 comedy film which sees Zac Efron try out an Australian accent. Thankfully, the scene where he plays Rick from Melbourne is brief, because the accent hardly conceals Efron’s Californian cool voice.

This 2013 sci-fi, monster vs. robot film cast Brighton Brit Robert Kazinsky and New Yorker Max Martini to play Australian Resistance pilots Chuck and Hercules Hansen. Not only are their names uncommon in Australia, but their accents are a laughable cockney/Scottish mess, leading people to ask why Australians weren’t cast in the roles instead.