The Top 10 Things To See And Do In Potts Point, Sydney

Just east of Sydney’s city center, Potts Point, formerly known as Woolloomooloo hill, is one of Sydney’s oldest neighbourhoods. Originally the home of wealthy landowners, such as its namesake Joseph Potts, it is still a popular spot for the rich and famous, and there are plenty of things to see and do for the regular holiday-maker. 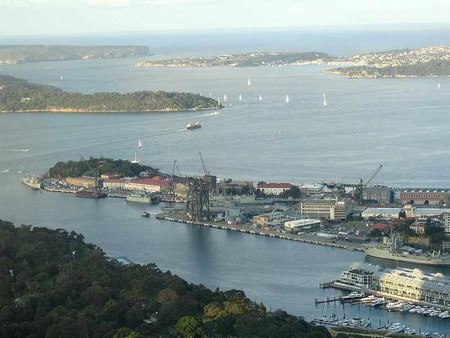 Just to the north of Potts Point is Garden Island, home to the East Royal Australian Navy fleet base. Aside from the active dockyards such as Captain Cooks Graving Dock, known to be one of the largest in the southern hemisphere, there is also a Naval Heritage Museum open to the general public. Opened in 2005, the permanent ‘In Peace and War’ exhibition is a must see. And whilst you’re here, why not stop by the Salthorse Cafe and enjoy the breathtaking views of Sydney harbour over a cup of coffee or a light lunch? Alternatively, the gardens and grassy area behind the center are the perfect spot for a picnic or barbecue in the sunshine.
Address: Garden Island, Potts Point NSW 2011, Australia 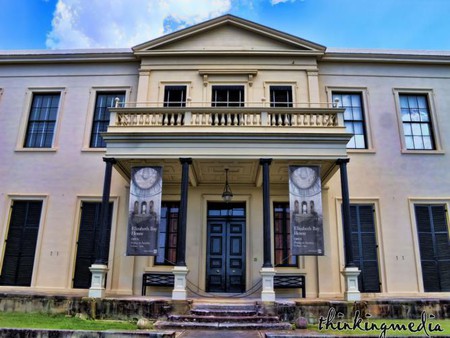 Built between 1835 and 1839, Elizabeth Bay House is known to be the first house of the colony. Designed by English architect John Verge, this magnificent heritage-listed house sits on the hill where it commands a stunning view overlooking Sydney harbour. Come and explore the house, which is bursting with history and stories from the past. Great for children and families, there are countless activities for you to get stuck into as well. This is the perfect place to for a fun, educational day out.
Address: 7 Onslow Ave, Elizabeth Bay NSW 2011, Australia +61 2 9356 3022 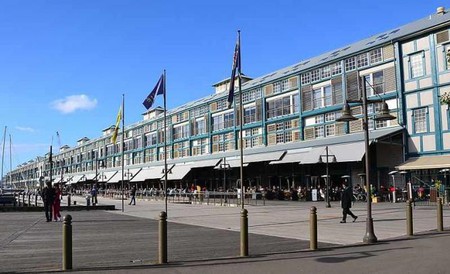 Building, Shopping Mall
Facebook
Email
Twitter
Pinterest
Copy link
Share
Map View
A former wool and cargo dock, the Woolloomooloo Finger Wharf still holds the title of longest timbered-piled wharf in the world, and is a fantastic spot for a day out. Renovated during the late 1990s, this beautiful Edwardian wharf is now one of Sydney’s most exclusive and expensive dockside addresses, and is also home to numerous upmarket bars, restaurants and hotels.
Open In Google Maps
6 Cowper Wharf Roadway, Woolloomooloo, New South Wales, 2011, Australia
+61293310730
Give us feedback

This trendy new gallery boasts a large collection of both Australian and International contemporary artworks. The space is brimming with pieces, from modern painting to audio- visual installations, and it exudes energy and passion, making this a really exciting place to visit. Established in 1983, Artspace is a not for profit organisation that showcases the works of up and coming artists through vibrant and engaging exhibitions.
Address: 43 – 51 Cowper Wharf Road, Woolloomooloo NSW 2011, Sydney Australia 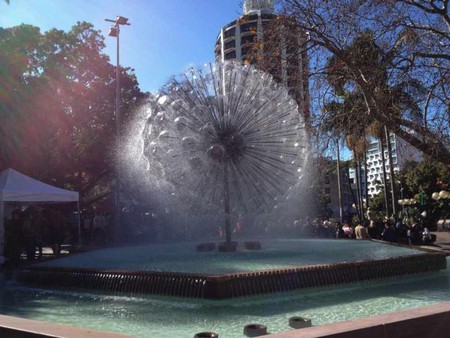 Designed by artist Robert Woodward, the award winning El Alamein War Memorial fountain in Fitzroy Gardens is well worth the visit. Installed in 1961, in memory of the Australian Imperial Forces 9th Division, the fountain commemorates the Battle of El Alamein in Egypt during World War II. Its contemporary design is completely eye catching, and really makes you stop and reflect. Thanks to the wind and sunlight, the colors and shapes of the water are constantly changing, giving this feature fluid movement and a natural life of its own.
Address: Fitzroy Gardens, 64-68 MacLeay Street, ELIZABETH BAY, 2011 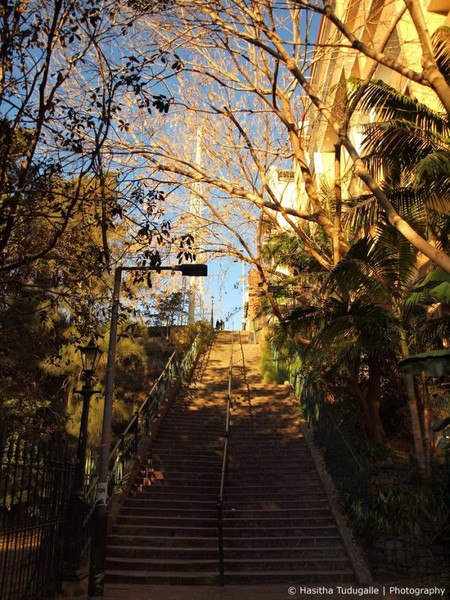 Built in 1870, the McElhone Stairs are famous throughout Sydney and connect Woolloomooloo on the coast to Potts Point on the hill. Clocking up a steep 113 steps in total, these stairs are a popular spot for fitness enthusiasts, but whether you’re one or not, they are worth the climb just for the stunning view over the city.
Address: Victoria St, Potts Point MSW 2011, Australia

For a taste of the high life, why not visit the Potts Point Galleries, where you can find a plethora of the finest antiques procured from 15 of the most respected dealers in Australia? Browse one-of-a-kind pieces, from ancient Egyptian vases to beautiful 20th-century artwork and high-end vintage couture. Whether you’re looking to buy or just looking for curiosities sake, the Potts Point Galleries will not disappoint.
Address: 67 Macleay St, Sydney NSW 2011, Australia +61 2 9357 2033 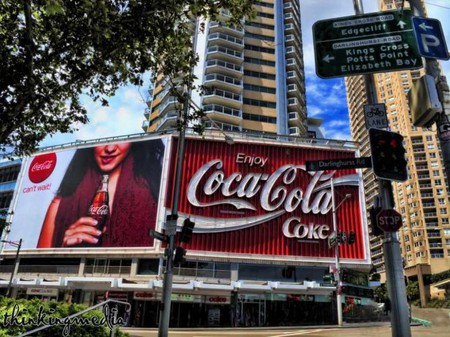 This surprisingly heritage-listed Coca Cola neon billboard was first constructed in 1976, when it become known as the gateway to the Cross (Kings Cross station). Supposedly the biggest billboard in the southern hemisphere, measuring up at 41 meters wide and made up of 800 lights, this sign has featured on numerous music videos and has become a landmark meeting point and photo op for tourists from all over the world.
Address: Darlinghurst Rd, Darlinghurst NSW 2010, Australia 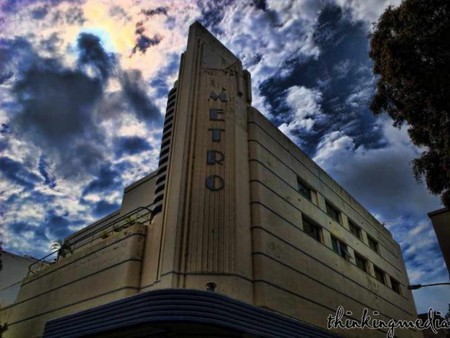 Potts Point is well known for being home to the most art deco buildings in the whole of Australia. One particularly stunning example is the Minerva Theatre on Orwell street. Built in 1937 and designed by the well known architect Bruce Delit, this listed building is an impressive sample of the period. And it was the theatre to show an Australian production of the popular musical Hair in 1970. Having ceased operating as a theatre in 1979, it is currently used as a studio for the Kennedy Miller film production company.
Address: 624 George St, Sydney NSW 2000, Australia +61 2 9550 3666 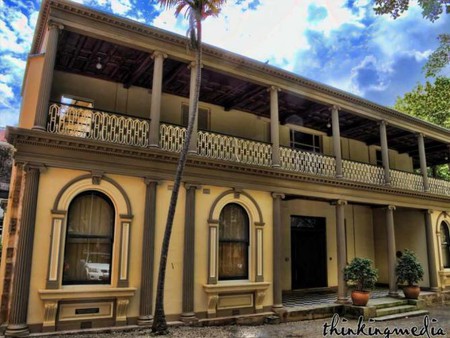 Located on Manning street in the center of Potts Point is a two storey, 19th-century Regency mansion, designed by the renowned English architect John Verge. Now the headquarters of the NSW department of the Royal Australian Institute of Architects, marvel over the beautiful construction and detail of this stunning period property.
Address: 3 Manning St, Potts Point 2011 Australia 02 9246 4055