The Top Things to See and Do in Bronte, Sydney 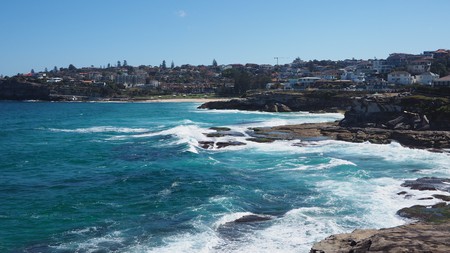 Bronte Beach is the perfect place to spend a day, swimming, relaxing and enjoying the sun | © Dave Kim / Unsplash

One of Sydney’s most photographed beaches, and a famous stop-off on the popular coastal trail that runs between Coogee and Bondi, Bronte makes the perfect getaway from busy Sydney life. Whether you come for a sunrise swim, some special Sydney sourdough, a snorkel or a stroll, here are just a few of Culture Trip’s favourite things to see and do in Bronte.

A couple of kilometres south of Bondi, Bronte Beach is a postcard-perfect stretch of Sydney sand, framed with sandstone cliffs, two rock pools — the man-made Bronte Baths and the Bronte Rock Pool, or Bogey Hole — where the rocks have formed a natural lagoon. Encircled by a promenade, and backing on to the grassy Bronte Park, Bronte is the perfect place to spend a day, swimming, relaxing and enjoying the sun. 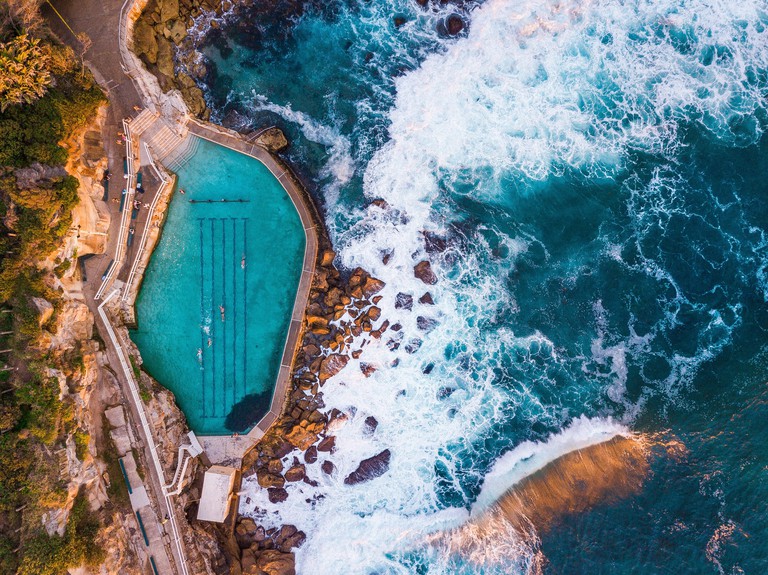 One of Bronte’s biggest attractions, the Bronte Baths is a public ocean swimming pool set into the sandstone cliffs at the south end of Bronte beach overlooking the Pacific Ocean. Open seven days a week and free to use, the Bronte Sea Baths is not only one of Sydney’s most beautiful pools, but it’s also a National Trust heritage site, with a long history dating back to 1887. After a soak in the sunshine or some laps of the 30m (98ft) exercise pool, rinse off in the hot showers before exploring the rest of Bronte.

Whether you’re a seasoned surfer or you’re just starting out, Bronte has some great swell, especially in the winter. Beginners might wanna check out the Waves Surf School on Bronte Beach, while others can just grab a board and take to the water. Just watch out for rocks and other riders – when conditions are good, it can get a little crowded.

Opposite Bronte Beach, Bronte Park is the perfect place to come and unwind in the sunshine. It is also home to the iconic Bronte Beach train, a miniature railway which has been running since the 1940s and is still open on weekends and summer school holidays. Bronte Park has public barbecue facilities, a kid’s playground and plenty of trees that provide shade from the sun, as well as a kiosk. At the very end of the park lies Bronte Gully, where a tiny waterfall tumbles from a spring.

Not far from Bronte Beach is Bronte House, a beautiful Victorian home built in the Australian Gothic Revival style. Built on the edge of Bronte Gully, overlooking the ocean, Bronte House was originally designed by colonial architect Mortimer Lewis, before being sold to Robert and Georgiana Lowe, who completed construction in 1845. Now privately rented, and only open to the public a few weekends a year, if you can’t make it to have a look around, the next best thing is to check out Georgiana Lowe’s sketches and watercolours, which provide the earliest images of both the house and the area. Her sketchbook can be found at the State Library of New South Wales, but you can view them online too. 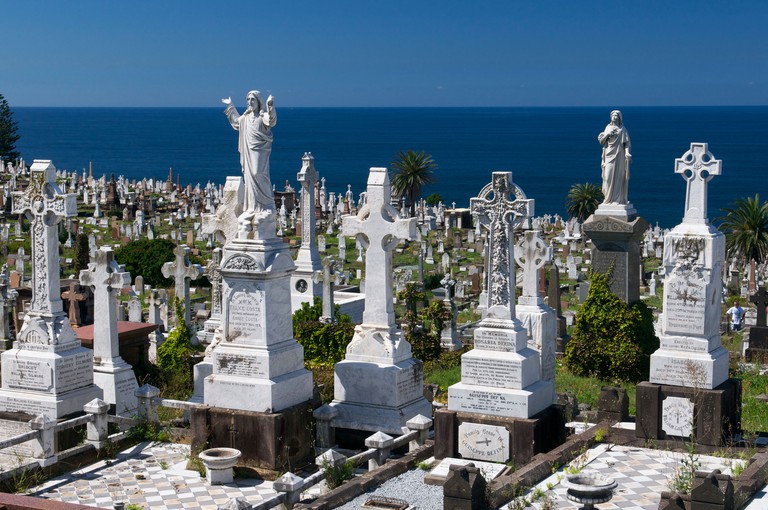 © GoAustralia / Alamy Stock Photo
Located on the cliffs overlooking Bronte Beach is Waverley Cemetery, a beautiful and tranquil spot for a bit of peace and reflection away from the Sydney crowds. Aside from the breathtaking views over the Pacific, the cemetery is a fascinating place in itself. Dating back to around 1877, it is full of Victorian monuments, statues and Italian Carrara marble mausoleums. Perfectly contrasted against the deep blue of the ocean, the Waverley cemetery stands out as one of the most beautiful sites on this stretch of coastline.

School
Facebook
Email
Twitter
Pinterest
Copy link
Share
Map View
If you’ve been thinking about getting your creative juices flowing, then look no further than the Writers’ Studio in Bronte. It offers a range of creative writing workshops to help you unleash your potential, whether it be as an author of books or writing screenplays for movies. Bronte Writers’ Studio has been home to an impressive lineup of writers, with many alumni publishing novels, and some having gone on to work in the film and television industry.

The Bronte to Bondi Coastal Walk

© murbansky / Alamy Stock Photo
Whether you start by taking the bus down to Bondi for breakfast and then walking back or head straight down to Bronte Beach and hit the trail, the Bondi to Bronte walk is one of the most beautiful coastal trails in Sydney. This section of the Coogee to Bondi trail is famous for its stunning panoramas over the Pacific Ocean and sandstone cliffs past Tamarama and Mackenzies Bay. From Bronte, you can also continue the trail up to Coogee, via Clovelly Beach and Gordons Bay. 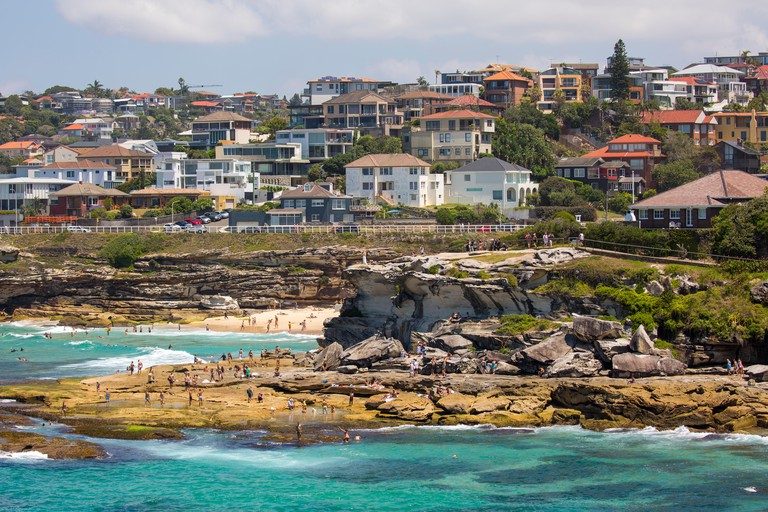 © martin berry / Alamy Stock Photo
About a 10-minute walk north of Bronte, on the other side of Tamarama Beach, there is a cliff-top engraving that most people walk right past without noticing. Those who do stop will be rewarded with a glimpse of historic Aboriginal artwork. Depicting a sea creature that is thought to be either a whale, ray or a basking shark, this iconic engraving is associated with the Dharawal Dreamtime story, the Arrival of the Dharawal, which is written on a nearby plaque.

Natural Feature
Facebook
Email
Twitter
Pinterest
Copy link
Share
Map View
A few hundred metres from Bronte Beach, Clovelly Beach is the perfect place to explore the Bronte-Coogee Aquatic Reserve. With access steps, gentle waves and rock pools, snorkelling in this sheltered bay feels a bit like being in an open-air aquarium with plenty of colourful marine life to match. If you want to take it up a notch, follow the coastal trail south to Gordons Bay, which is known for its rocky reefs, sand flats and kelp forests, along with the Gordons Bay Underwater Nature Trail.

Cafe, Australian, $$$
Facebook
Email
Twitter
Pinterest
Copy link
Share
Map View
Named after the traditional Aboriginal word for a safe swimming pool and the rock pool on the Bronte seafront, the Bogey Hole Café is open most days for breakfast, brunch and lunch. Just across from the beach, on the southern side of Bronte Park, the Bogey Hole Café is as revered for its ocean views as it is for its food.

Iggy’s Bread Down Under

Bakery, Australian, Pastries, $$$
Facebook
Email
Twitter
Pinterest
Copy link
Share
Map View
Once a local favourite, this artisan bakery is becoming a popular hotspot for visitors from all over the world who come in search of Iggy’s famous sourdough, made even better by the Bronte sea air. With fresh produce baked in-store daily using traditional methods and organic ingredients, Iggy’s Bread is served in restaurants all over Sydney. Still, there’s nothing like buying it from the source – especially when it’s fresh out of the oven in the morning. If you can head down early enough, go for a swim at the Bronte Baths or watch the sunrise before picking up a coffee and some of Iggy’s bread – talk about a perfect way to start the day!