The Top 10 Things To Do And See In Lilyfield And Rozelle, Sydney

Lilyfield and Rozelle are two beautiful, green space suburbs, only 6km west of the center of Sydney and sat right on the waterfront. They are family orientated and increasingly active communities where a fun and healthy lifestyle is encouraged. 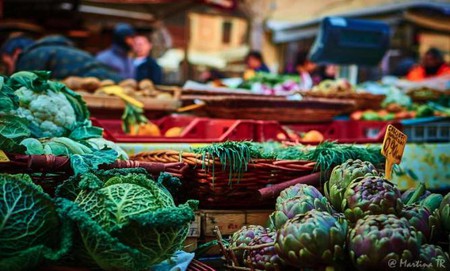 Open every Saturday, the Orange Grove Farmers Market set in the grounds of Orange Grove Public School is always bursting with a fantastic array of fresh produce. Dozens of stalls set up every week selling everything from fresh fruit and vegetables, to cheese, bread and even flowers. And once you’ve explored the market why not head round the block to the Local Press Café to try some of their famous, fresh-roasted coffee.
Address: at the corner of, Balmain Rd & Perry St, Lilyfield NSW 2040, Australia +61 2 9999 2226 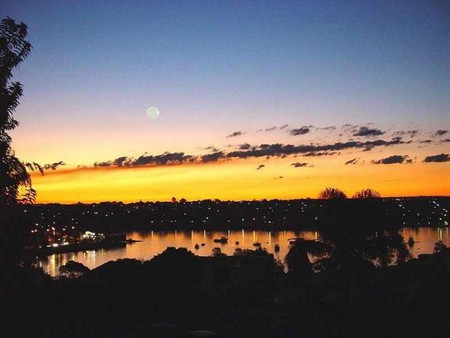 Le Montage, formerly known as the Apea Club, has had close association with Sydney’s Italian community since World War II, and is now owned by the Navara family who have turned it into one of the city’s premier event venues. It occupies a prestigious position overlooking Iron Cove, and sits right on the water’s edge with its own jetty. In 2010 the designer Garth Barnett oversaw the club’s multi million dollar renovation which has left the establishment brimming with class and sophistication.
Address: 38 Frazer St, Lilyfield NSW 2040, Australia +61 2 9555 6099 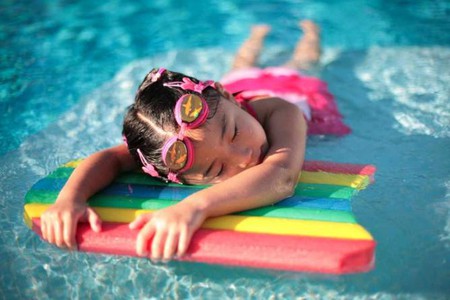 Give me a break… in the pool | © Tommy Wong/Flickr

The Leichhardt Park Aquatic Center is a hub of activity all year round. Boasting new facilities such as their indoor and outdoor heated swimming pools, as well as a children’s pool and a diving pool, LPAC also has an impressive gym amongst other equipment. They offer swimming lessons for adults and children and the whole complex is open to the public throughout the year. So if you’re feeling energetic or just looking for a casual swim, head down to the LPAC where admission is only $7.80 for an adult swim ticket.
Address: Mary St, Lilyfield NSW 2040, Australia +61 2 9555 8344 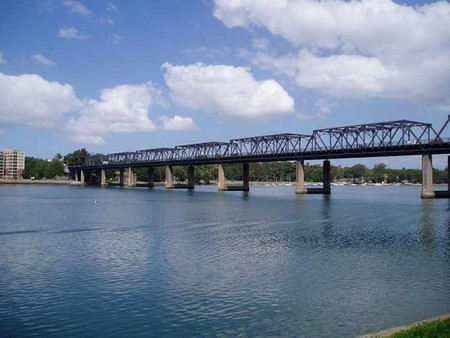 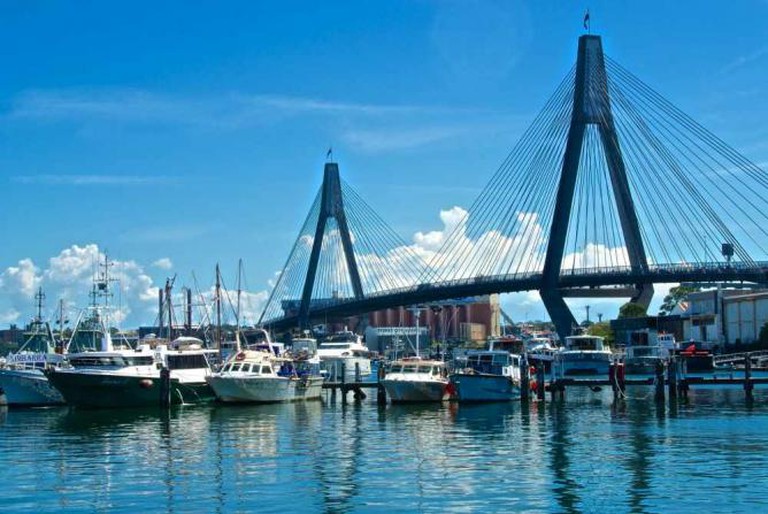 ANZAC Bridge | © Jason James/Flickr
The original 1882 framework of the Iron Cove Bridge was replaced and updated in 1955 to form the current structure that you see today. The design of this 4 lane bridge also includes elements and details of the Inter War Art Deco style that was popular at the time. It crosses the Parameter river, connecting Rozelle with Drummoyne to the north west, and creates an impressive silhouette against the deep blue of the sky.
Open In Google Maps
Sydney, New South Wales, 2000, Australia
Give us feedback 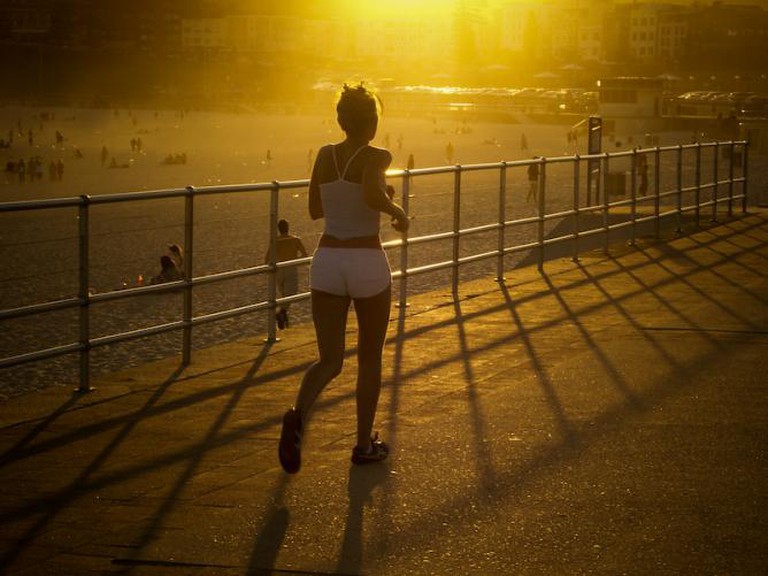 Girl Jogging - Sydney, Australia | © Ernst Moeksis/Flickr
The Anzac Bridge, linking Rozelle with south eastern suburb Pyrmont, was built in memory of the Australian and New Zealand soldiers who fought in World War II. It features 2 bronze sculptures, created by artist Alan Summerville. On the Rozelle side of the bridge, the one facing left is locally known as ‘the Digger’ with sand from Galipoli spread at it’s base. This bridge is also a stunning feat of engineering, with its sweeping silhouette and dramatic place on Sydney’s skyline.
Open In Google Maps
Glebe Island, Pyrmont, New South Wales, 2009, Australia
+611800633332
Visit Website
Give us feedback

This 7km pathway follows the entire natural course of the cove before looping back on itself to complete the circle. Never more than 20m from the waters edge, the Bay Run is ideal for a casual family stroll or an energetic run around the circuit. With views of the mangroves, numerous historic buildings and iconic vistas of Sydney harbour, visit the Bay Run for possibly the most scenic exercise you’ve ever done.
Address: The Bay Run, Lilyfield NSW 2040, Australia

Once a private residence, Callan Park was bought by the colonial government back in 1864 and was transformed into a psychiatric hospital. Packed with history, this stately home was renovated again in 1994 and the Kirk Bride complex – which once housed the former hospital – is now home to the eminent Sydney College of the Arts. Explore the garden, which is filled with many subtropical plants and trees, and wander down to the water where there are lots of little coves and beaches, the perfect spot for a picnic.
Address: Callan Park, Waterfront Dr, Sydney NSW 2040, Australia 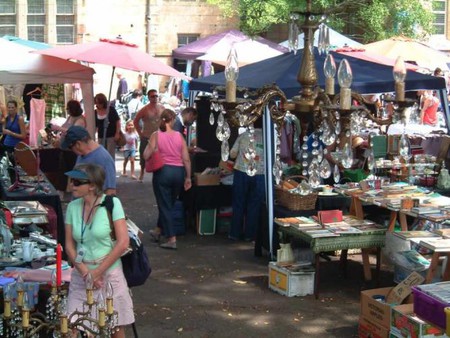 Known to be one of the best markets in Sydney, the Rozelle Markets are no disappointment. Set up every Saturday and Sunday in the grounds of listed Rozelle Public School are stalls upon stalls selling old pieces of furniture, vintage clothes, 2nd hand books and jewellery and even some fresh local produce. They also have a regular line up of live music, showcasing local bands and singers.
Address: 663 Darling St, Sydney NSW 2039, Australia +61 2 9818 5373 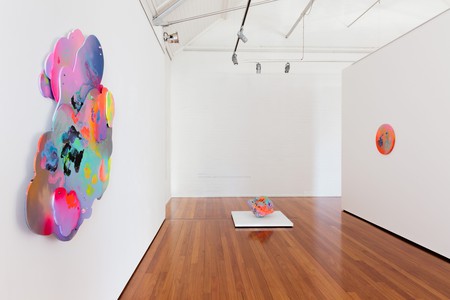 Founded in 2006 by prestigious art collector Luisa Catanzaro, the Artereal Gallery in Rozelle boasts a breathtaking collection of artwork by both well established and up and coming artists. Housed in this converted fire station is an impressive variety of pieces from painting to sculpture, and photography to installations. Situated only 200 meters from Sydney College of the Arts, the Artereal Gallery is easy to find so whether you’re a keen art critic or a gallery novice, you’re sure to enjoy your visit here.
Address: 747 Darling St, Rozelle NSW 2039, Australia +61 2 9818 7473 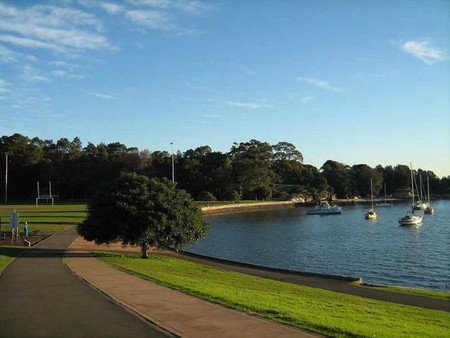 The King George Park is a beautiful green space right on the waterfront looking onto the Iron Cove Bridge. As well as being the perfect place for a barbecue or relaxed picnic, it also boasts a number of facilities like a space-themed children’s playground, an outdoor fitness station, and a playing ground suitable for rugby, soccer and so much more.
Address: Rozelle NSW 2039, Australia