The Rise Of Melbourne's Café Culture 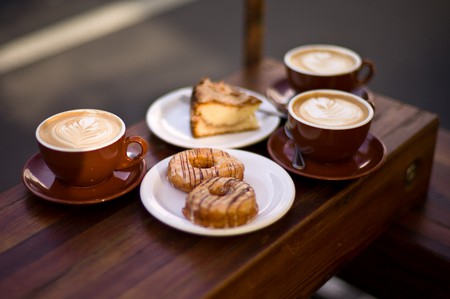 As Hugh Laurie (the actor who plays House in House) once said, ‘Once you go to proper coffee, you can’t go back. You cannot go back.’ A self-proclaimed coffee fanatic, he pretty much hit the nail on the head. Coffee has this undeniably bewitching quality for those who truly appreciate it, and cafés act as magical facilitators. However, before delving into the mystical cultural web of café culture (specifically that of Melbourne), it is important to firstly understand how coffee first came to be in Australia, and how coffee has gained cultural and social momentum here in such a short space of time.

It was back in 1788 that coffee actually first came to this lovely country with the First Fleet sailing from Britain. During this time, however, coffee and the locals didn’t exactly hit it off. Perhaps this was because the coffee brought by the First Fleet was of questionable quality. Nevertheless, it actually wasn’t until the 1830s that cafés started opening up in Australia. It has been indicated by historians that this was a result of the Temperance Movement in the 1820s. In short, this means that the abstinence from alcohol led former alcoholics, and newly proclaimed teetotalists, to seek out a new addiction. However, much like the first arrival of coffee, the addiction was short lived. In fact, it wasn’t until the post-war 1950s that coffee began its revolution within Australia.

Sometimes referred to as an espresso boom, this period saw European immigrants fleeing to the warmer shores of Australia after the terror of the Second World War. As they populated and colonised, they soon realised they were missing the authenticity of their coffee from back home. Therefore, it was these immigrants who began setting up some of the first successful cafés in and around Australia. Here in Melbourne, many Italian immigrants did just this in the inner city suburbs. Namely, Pellegrini’s Espresso Bar (still alive and selling today), Mario’s and Blackcat Café. The Italian immigrants treated coffee differently to how it had previously been treated, with much more focus on creating the best ‘crema’ for a tastier brew. 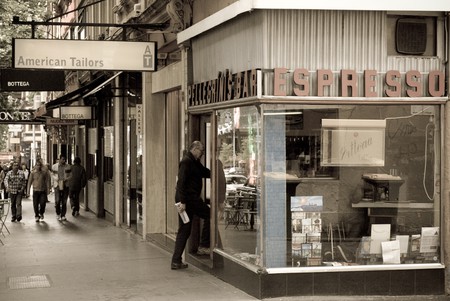 Fast forward 50 or so years, and coffee is a fundamental component of contemporary society in Australia. Simultaneously, café culture has become an undeniably ubiquitous entity in itself and a very real part of Melbourne’s own culture. Indeed, tourists now specifically visit Melbourne due to its infamy as the coffee capital of Australia. But how did this post-war trend become an entrenched part of daily life and an intricate gene in Melbourne’s DNA?

The answer is simple.

We now live in a society that prides itself on being social – whether that is in the literal or technological sense. The rise of social media, blogging and photo sharing has meant an increased need to appear fashionable and chic. What a person eats and drinks are directly related to this increase. So, when we order our cappuccino, latte or flat white and four minutes later are presented with a beautifully crafted beverage with a foamy swan embossed across the top, who are we to deny the world a perfectly edited picture of it? Firstly, imagine this on a grand scale. If the same thought occurs for every coffee lover, that is a lot of people sharing pictures of their coffee with the location as the café. Secondly, now take into account the ritualistic nature of a café. If you were to go into a café where the coffee is great, and the atmosphere and staff are friendly and inviting, would you go back? For most people, the answer would be yes. It is precisely these reasons that cafés have multiplied here in Melbourne but also throughout the whole of Australia. Even more significantly, compared to European counterparts, Australia’s climate is much more suited to outdoor dining, therefore, incorporating sunny weather into a positive café experience. What is clear is that trends in globalisation encourage us to be more social, and cafés provide a space in which to do just that.

However, the best thing about café culture nowadays is that whilst adhering to the belief that coffee is social, you do not have to be social in a café. Often, cafés provide shared public spaces where coffee lovers can enjoy their brew in peace, catch up on some reading, or bring their laptop and do some work. There is almost, therefore, a paradox that whilst being anti-social, you are simultaneously being social – after all, you are in a café where the atmosphere is inherently social – making the taboo of being alone socially acceptable. 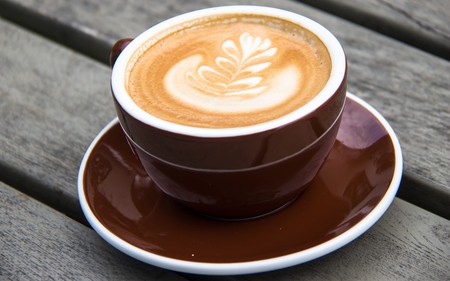 Our lives online have become equally as important as our lives offline, which has meant we want people to know where we are and what we are doing at all moments of the day. This is particularly relevant when we travel. For travellers who come to Melbourne, there are many opportunities to experience the rife café culture here, with the option of actually going on coffee tours around the city or visiting the infamous Degraves Street. As well as this, Melbourne recently held the World Barista Championships (yes, that is an actual event).

Clearly, there is an ever-growing need to learn more about coffee and café culture. In fact, many Melbourne schools in the CBD actually offer an array of one-day Barista courses starting at different levels for anyone who wants to learn a little more about the industry (try RMIT). On top of this, much like wine experts, more and more people are becoming obsessive fans of the café and coffee industries. These coffee connoisseurs are taking their obsession and turning it into intricate cafés specialising in only the most premium and rare blends, training and selling of high-quality products (try Sensory Lab on Little Collins Street).

As previously mentioned, the rise of café culture (through social media) has intrinsically pinned good quality coffee as ‘cool’. There is, therefore, a stereotype of the ‘type’ of people in a café – namely, hipsters.

Yes, you do frequently see a bearded, glasses-wearing, shirt-buttoned-to-the-top type of guy at almost every café, or even the girl in quirky clothing with an array of colourful tattoos and piercings, but let’s not listen to the stereotype. Cafés are for everyone. Moreover, cafés are rich communities of different individuals which act as a coffee mecca for coffee addicts from all walks of life. Hipsters, corporate folk and families unite. 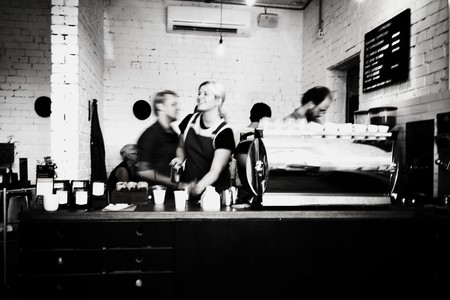 To illustrate the true rise of Melbourne’s (and Australia’s) café culture and coffee appreciation, it’s time to get factual. In a survey done by Nespresso, the following facts were uncovered. In 2014, coffee consumption in Australia reached 46 percent of the population. Today, Australia is the 42nd highest consumer of coffee globally with a total of three kilograms per capita. Interestingly, 87 percent of Australians give an additional instruction when ordering (e.g. double shot, soy, skinny). Even more interestingly, Melbourne’s most commonly purchased coffee is the latte.

Lastly, we leave you with the following.

The definition of trend is a general direction in which something is developing or changing.

The definition of tradition is the transmission of customs or beliefs from generation to generation, or the fact of being passed on in this way.

What has made Melbourne’s cafés move from a fleeting trend to an entrenched tradition is undoubtedly a cultural desire to socialise, paired with a genuine appreciation of good coffee.