The History of Sydney Mardi Gras 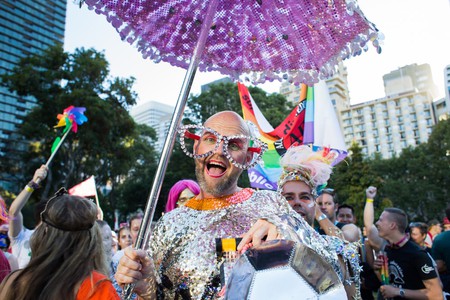 Why, you may ask? It seems like the term has nothing to do with the biggest LGBTIQ celebration in the world, set in glowing Sydney, with people flocking from all over the world to sing, laugh, dress lavishly, dance provocatively, and feel that glorious feeling of togetherness.

It might surprise you to learn that Mardi Gras is actually a Catholic term describing the celebrations leading up to Lent. The Carnival starts on the day of the feasts of the Epiphany (Mary’s, to be precise) and finishes on Shrove Tuesday, or, Fat Tuesday. Basically, it’s a festival of gluttony, with everyone fattening up before the 40 days of fasting during Lent.

On a cold night on the 24th of June, 1978, a group known as the Gay Solidarity Group took to the streets of Sydney, peacefully marching during the day and organising a street parade for the evening. They wanted to promote LGBTIQ culture and encourage political activism against the discrimination they suffered daily. The group initially staged the event to mark the ninth anniversary of riots that had taken place in New York City following a police raid on a gay bar called the Stonewall Inn – riots that were considered the beginning of gay rights movements around the world. 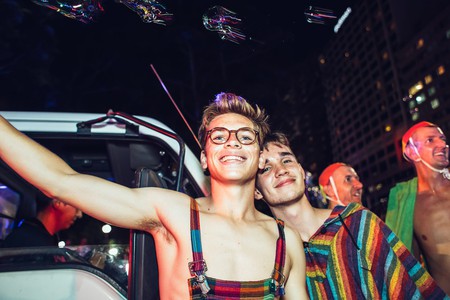 Back in Australia, the Gay Solidarity Group began their slow march down Oxford Street, toward the heart of Sydney city. The trouble began when the parade reached Hyde Park. To try and stop them, police hijacked the truck heading the parade and its loudspeaker. The crowd, seeing that access to Hyde Park was blocked, headed toward Kings Cross isntead. The police moved in and arrested 53 people. 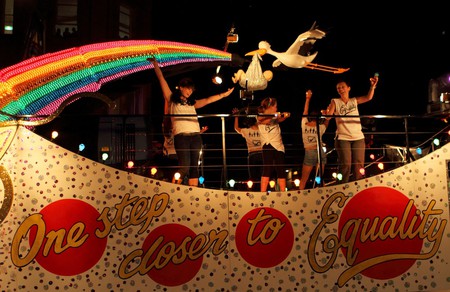 The authorities’ response was considered heavy-handed. The violence that was seen that night went down as a significant turning point in Australian history, because it made the LGBTIQ community just as determined to make the event even bigger the following year. By the time 1980 rolled around, there was an event that had become even bigger than the parade itself – the post-parade after-party. It rapidly transformed into one of the most sought-after nights out in Australia’s history, and by the mid-1980s the event began to be covered by major media outlets, which saw the turnout begin to swell. This turned the Sydney Mardi Gras into the huge, modern, multicultural celebration it is today. Travellers come from all over the world to take part in the festivities, and every year numbers spectators, and number of spectacles, continue to grow.

The theme of Mardi Gras changes annually, often reflecting the current issues of the day and even encouraging marginalised groups to join the larger family of supporters. 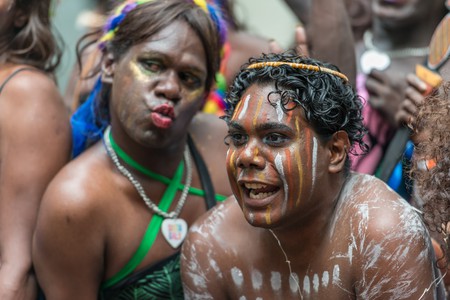 Today, Sydney Gay and Lesbian Mardi Gras is one of Australia’s most renowned events, bringing thousands of supported of the LGBTIQ community to Sydney to join one great, big party. It’s the time of year where Sydney and its inhabitants display their most dazzling selves, capturing imaginations and taking over the city for weeks on end, culminating in the world-famous parade – a spectacular night that is definitely a bucket-list opportunity.