Cult label and phenomenon, Sass & Bide has been at the forefront of the Australian fashion scene, becoming one of the nation’s most loved designer labels. Dedicated to ‘the strong, the obscure and the beautiful’ their collections range from the everyday wear to one-off pieces specially commissioned.

Sarah-Jane Clarke and Heidi Middleton became best friends upon meeting at St Aidan’s Anglican Girls School in Australia in 1992. From there, Sarah-Jane went on to study at Queensland University of Technology to become an accountant, whilst Heidi studied at Queensland College of Art and further Griffith University and worked as an art director. However, the two had a passion for fashion.

Combining their two nicknames, Sarah-Jane (known as ‘sass’) and Heidi (known as ‘bide’) created ‘Sass & Bide’ in London when they began to sell jeans at the famous Portobello Markets in 1999. However, these weren’t just any jeans, rather they were customised denim that were motivated by vintage clothing. The pair began selling modified jeans from retail outlets that they then cut to satisfy their own fashion tastes. They believed that a ‘great fitting jean sits super low and is super sexy,’ which began their drive from underground phenomenon to standing at the forefront of women’s designer fashion. 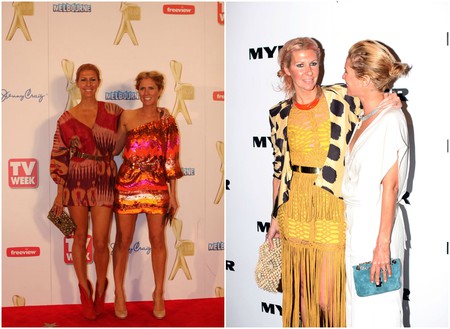 Heading back to Australia, the pair presented their very first seasonal collection at the 2001 Mercedes Australian Fashion Week. Producing such a unique collection drew them to the London Fashion Week in 2002, which further granted them an invite to show in New York the following year. This quick success was followed by eight consecutive seasons of shows in both London and New York, before moving shows back to London.

However, it was a trip to Manhattan in 2002 that propelled the growth of their brand with remarkable publicity that placed them on the international marketplace. Sarah-Jane and Heidi had approached a security guard at the film set of Sex and the City, where Sarah-Jane handed her self-styled denim jacket to him, who then passed it on to Sarah Jessica Parker. The next day, Parker invited them both to her trailer to show off their designs, of which Parker commissioned some one-off pieces specifically for Sex and the City. Since then, Sass & Bide have been worn by many big names including Madonna, Beyoncé, Kate Moss, Nicole Richie, Rihanna and Mila Kunis. 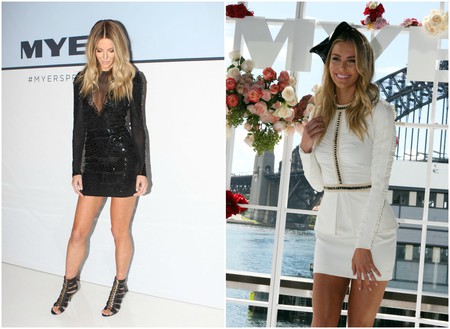 Expanding their ready-to-wear collection – that not only consisted of denim and leather but featured ornate embellishments, innovative cuts and, of course, graphic prints – they began to bring in exclusive gallery pieces. Each new season helped turn Sass & Bide into a cult label, which led to them designing a denim line for Topshop in 2008.

In 2011, Myer – an up-market Australian department store chain – purchased 65% stake in the label for $42.25 million (AUD) and by late 2013 they purchased the rest of the business. Despite this purchase, Sarah-Jane and Heidi both retained their executive and advisory board roles until they left the brand in June 2014. The following year, Therese Rawsthorne was introduced as the Creative Director, taking Sass & Bide into the future, creating collections inspired from the brand’s values and rich heritage, alongside its extensive archives.

Today, Sass & Bide also continues to be a socially responsible business through strengthening their commitment to helping charities Barnardos Australia (an organisation that is ‘helping to stop child abuse’ by ‘finding safe homes for neglected children’) and Make-A-Wish (a charity foundation that helps to make the ‘wishes of children with life-threatening medical conditions come true’) through limited edition pieces and accessories.