The Best Zoos and Nature Reserves in Australia 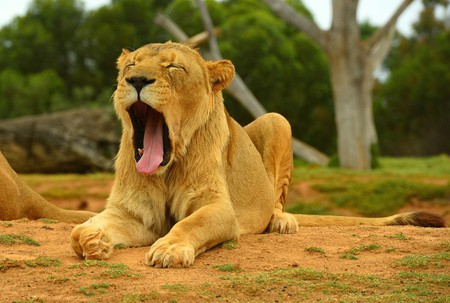 Australia’s native wildlife is one of the country’s biggest draw-cards for international and domestic visitors, but where are the best places to cuddle koalas, feed kangaroos and come face-to-face with the endangered Tasmanian devil? Start with this list of the top 10 zoos and nature reserves you can find in Australia. 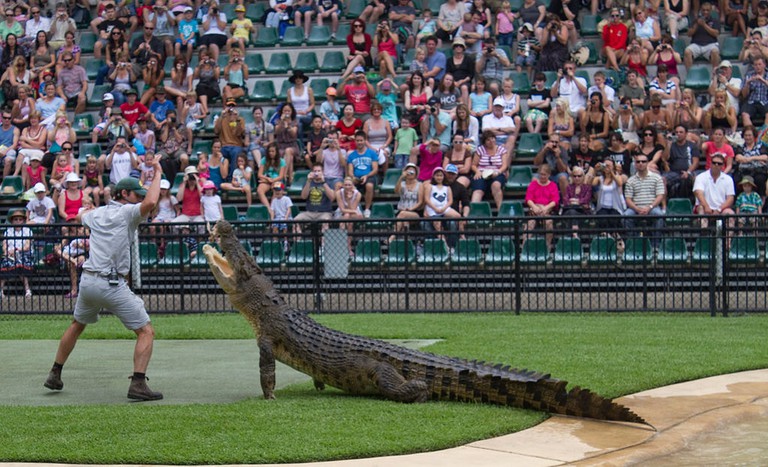 It’s hard to know what’s the bigger attraction for visitors to Sydney’s famous zoo: the collection of 4,000 animals to see, or the million-dollar views of Sydney Harbour and the city skyline. Catch the ferry from Circular Quay to Taronga Zoo to stroll around the lush waterfront grounds, including the newly opened jungle-themed ‘Tiger Trek’ where you can get up close and personal with the critically endangered Sumatran Tiger. 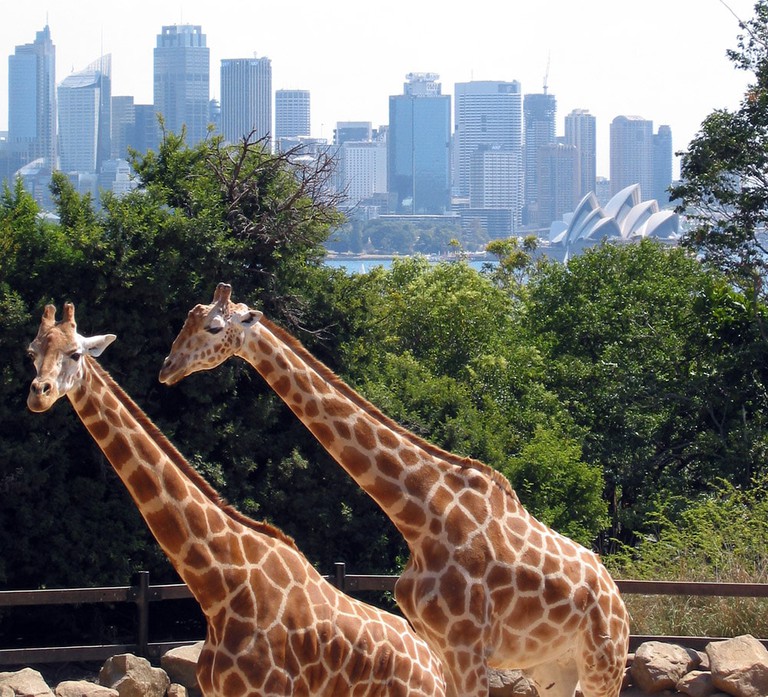 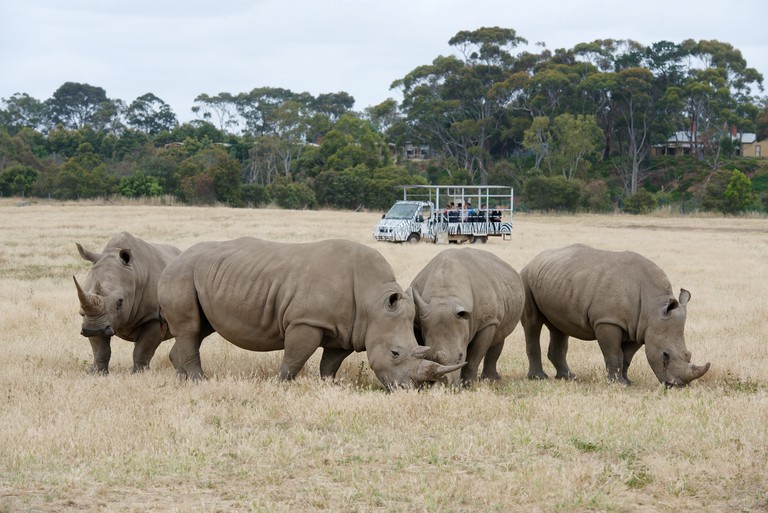 Off Road Safari with Rhinos Courtesy of Werribee Open Range Zoo
Book Now
Head on an African safari on the outskirts of Melbourne with a guided off-road tour of the Werribee Open Range Zoo. These 225 hectares of wide open savannah are home to gorillas, lions, monkeys, cheetahs, rhinos, giraffes, zebras, antelopes and all the other stunning creatures you’d expect to spot in the African wild, let alone just half an hour from the middle of Melbourne.
Open In Google Maps
K Road, Werribee South, Victoria, 3030, Australia
+611300966784
Visit Website
Give us feedback 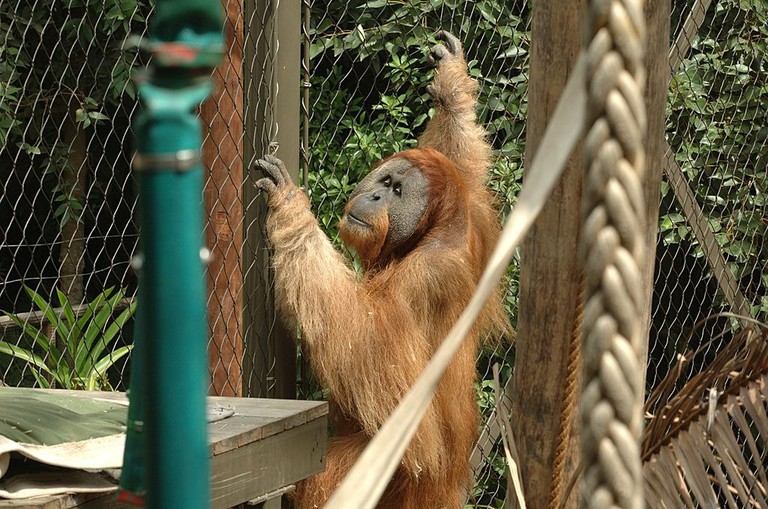 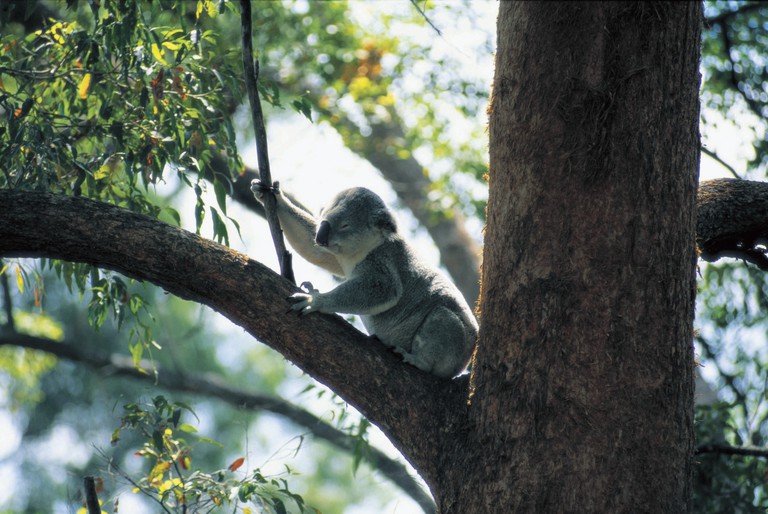 Lone Pine Koala Sanctuary | © Tourism and Events Queensland
It’s illegal to actually hold koalas in Australia except in the states of Queensland, South Australia and Western Australia, so this Brisbane sanctuary is a super popular destination for those wanting to cuddle a koala. Lone Pine opened as a refuge for injured koalas in 1927 and now 130 of the furry little fellas reside here, as well as a catalogue of other Australian species including kangaroos, wallabies, platypuses, Tasmanian devils, dingos, echidnas and crocodiles.
Open In Google Maps
708 Jesmond Road, Fig Tree Pocket, Queensland, 4069, Australia
+61733781366
Visit Website
Give us feedback 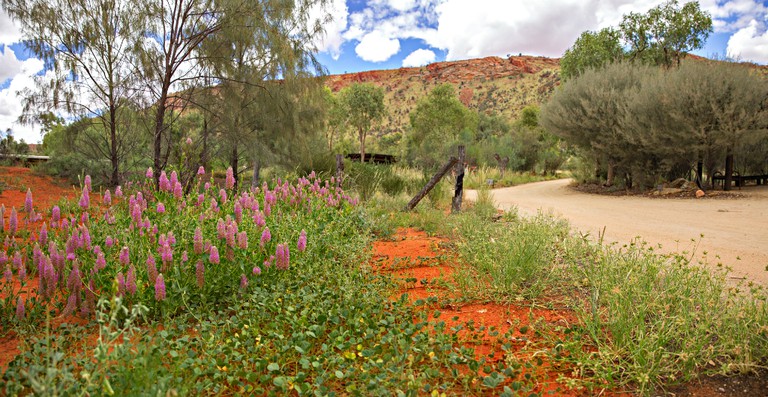 Garden | Courtesy of Alice Springs Desert Park
If you think that the Central Australian desert is a barren wasteland of red dirt, a visit to the Alice Springs Desert Park will change your mind. This 1300-hectare slice of the Red Centre educates guests about the culture and science of the region’s vibrant landscapes, visiting native plants and animals in three distinct desert habitats: sand country, desert rivers and woodland.
Open In Google Maps
871 Larapinta Drive, Alice Springs, Northern Territory, 871, Australia
+61889518788
Visit Website
Give us feedback

The star of this nature reserve 90 minutes from Melbourne is the Penguin Parade, a viewing area at Summerland Beach that provides an intimate perspective of the Little Penguins as they waddle across the sand at sunset to return to their burrows after a day’s fishing at sea. Phillip Island Nature Park also includes an Antarctic museum and jet boat tours to Australia’s largest fur seal colony. 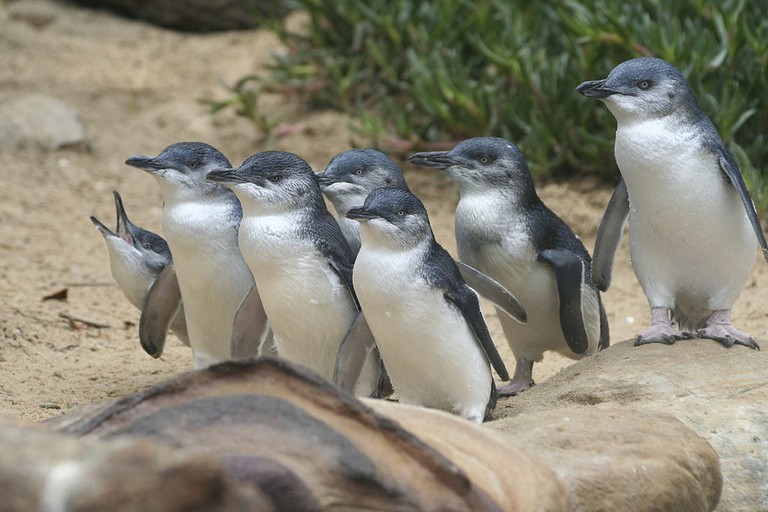 The idea of this revolutionary ‘unzoo’ is to be a zoo without cages, in a bid to save the endangered Tassie devil from extinction. The Unzoo contains four unfenced devil habitats that educate visitors about this rare marsupial, as well as paddocks for kangaroos, wallabies, native hens, bandicoots, possums and 100 bird species to roam free. 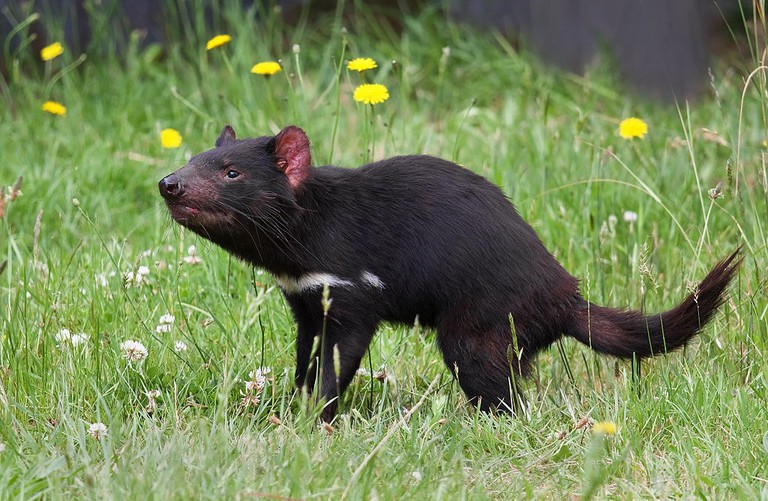