When is The Best Time of Year to Visit Australia? 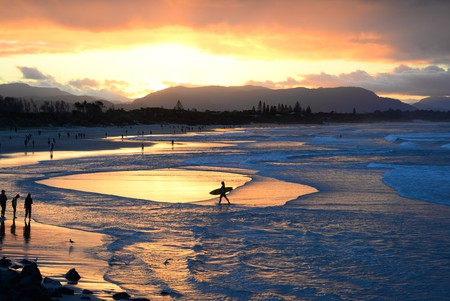 Stop for a surf in Byron Bay | © Camila Se / Shutterstock

Australia is roughly the size of the entire European continent, so the country’s climate is incredibly diverse. But whether you find yourself in the tropical Top End or toe-freezing Tasmania, sunny Sydney or miserable Melbourne, every month of the year offers something special to see or do.

January falls smack bang in the middle of the Australian summer, making it the busiest month of the year for tourism. The warm weather also means it’s a great time to explore Australia’s southern coastline, which gets positively chilly during winter. Drive the Great Ocean Road in Victoria then continue across the border into South Australia to experience a truly spectacular stretch of coastline while it’s still warm enough to have a dip at the beach. Sports fans flock to Melbourne for the last two weeks of the month when the world’s best tennis players roll into town for the Australian Open, while controversial Australia Day celebrations also take place around the country on January 26. 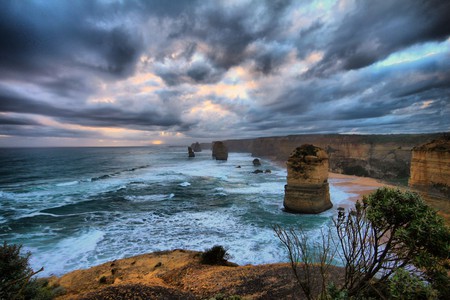 The 12 Apostles on the Great Ocean Road | © Shubham / Flickr

February is a lovely time of year to explore corners of the country that are choked by crowds during the peak season, with the summer weather still in full swing by all the kids back in the classroom after school holidays. The treats of the West Coast — the vibrant West Australian capital Perth, the quokka-covered island paradise of Rottnest, the historic port city of Fremantle, the world-class wineries of Margaret River and equally impressive beaches nearby in the south-west — all shine particularly brightly during this sunny period. Sculpture by the Sea also takes over the pristine sand of Perth’s Cottesloe Beach in early March. 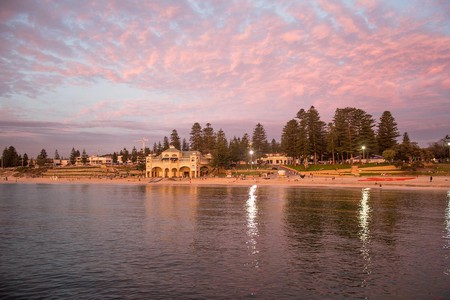 March is a month of festivals in Adelaide, as South Australia’s compact capital provides the perfect backdrop for a crammed calendar of cultural offerings. The headline event is the Southern Hemisphere’s largest fringe festival — the eclectic Adelaide Fringe — as well as the colourful Adelaide Festival, the lively WOMADelaide celebration of music, art and dance, plus the Adelaide 500 V8 Supercars race. Elsewhere, the Sydney Gay and Lesbian Mardi Gras — perhaps the largest LGBTQI parade on earth — is held on the first Saturday of the month, and the Australian Formula One Grand Prix roars into Melbourne at the end of March. 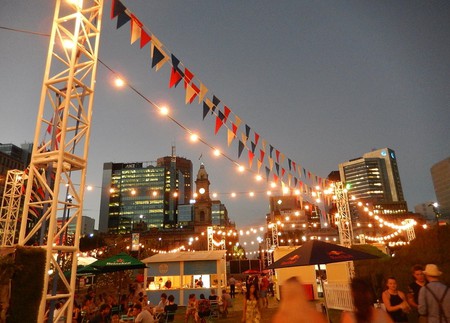 While Australia’s official national day on January 26 divides opinion, Anzac Day on April 25 has a much more unifying effect. Commemorating the landing of Australian and New Zealand troops on Turkish soil during World War I in 1915, Australia’s national day of remembrance is observed with stirring events all over the country, particularly at the Australian War Memorial in the capital Canberra. The biggest Anzac Day event takes place at the Melbourne Cricket Ground, where 100,000 fans flock to the Southern Hemisphere’s largest stadium for the annual AFL match between Collingwood and Essendon, as an autumnal chill starts to linger in southern Australia.

Average days of rainfall in Melbourne: 11 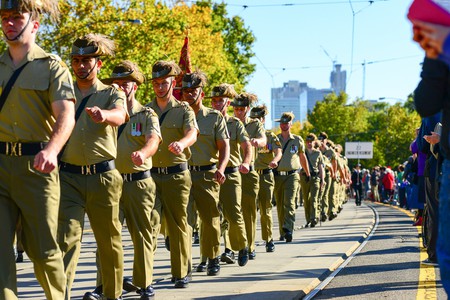 Ningaloo Reef in North West Australia is blessed with a beautiful climate — 320 days of sunshine a year and warm air and water temperatures all year round — but that’s not the reason visitors should make a beeline to this remote patch of Western Australia in May. Whale sharks congregate on Ningaloo Reef between March and August, presenting a rare opportunity to snorkel alongside the world’s largest species of fish. Daily tours depart from the small towns of Exmouth and Coral Bay to swim fin-to-face with these gentle giants of the sea, which can grow up to 12 metres in length.

Sydney is a spectacular place to visit during summer, when its iconic harbour and sparkling city beaches glisten in the sun — but as temperatures dip to a relatively frosty average daily maximum of 18°C, an entirely different attraction lights up the Harbour City. Vivid Sydney bills itself as the world’s largest festival of light, music and ideas, transforming the city’s most recognisable landmarks into a mesmerising outdoor gallery of light installations. The world’s best light artists use the buildings of Sydney as their canvas during this mammoth mid-year festival, which attracts more than two million visitors to Australia’s biggest city over three weeks in May and June.

Average days of rainfall in Sydney: 10 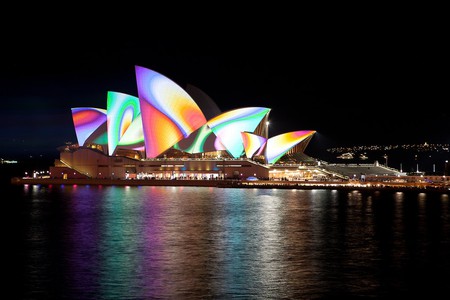 Each winter, tens of thousands of whales make their way up the ‘Humpback Highway’ to escape frigid Antarctica for warmer waters up north, and there’s a string of excellent vantage points sprinkled all the way up the East Coast where you can spot them. There’s no better whale-watching hub than Hervey Bay, three hours north of Brisbane, where the 120km sandbar that is Fraser Island provides shelter for humpbacks to raise their calves. And whales aren’t the only creatures that migrate north during winter, with residents of southern Australia swapping chilly temps for some sun in tropical North Queensland, exploring the famed Great Barrier Reef, the idyllic Magnetic Island, and the ancient Daintree Rainforest. 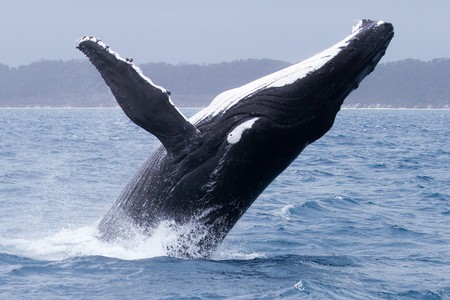 The heat in Alice Springs is unbearable during summer — the mercury regularly reaches the forties in December and January — so the middle of the year is a much more pleasant time to explore Australia’s Red Centre, including Uluru. A beautiful 23°C is what you can expect during August, ideal conditions for exploring this ancient outback landscape, as well as quirky events like the Camel Cup (in July) and the Henley-on-Todd Regatta — probably the only boat race on earth held in a totally waterless river. August is also a good time to check out the Northern Territory’s capital city as it comes alive with the Darwin Festival and the renowned Mindil Beach Sunset Markets. 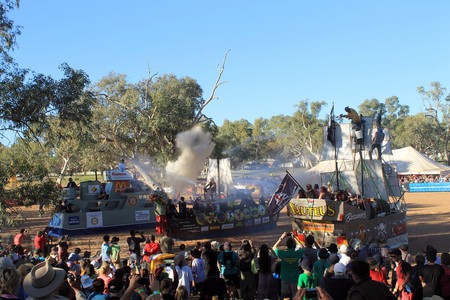 Weather-wise, Australia’s capital is off limits during winter — the politicians in Parliament House can put up with sub-zero temperatures, but travellers shouldn’t have to. But September means spring has sprung in Canberra, as the Southern Hemisphere’s largest flower show adds a splash of colour to the capital. More than one million blooms line the banks of Lake Burley Griffin for Floriade, a month-long celebration of spring that draws 500,000 visitors to Canberra’s Commonwealth Park every September and October. Similar flower shows also take place in Toowoomba and Perth’s Kings Park during the Australian spring.

Average days of rainfall in Canberra: 10 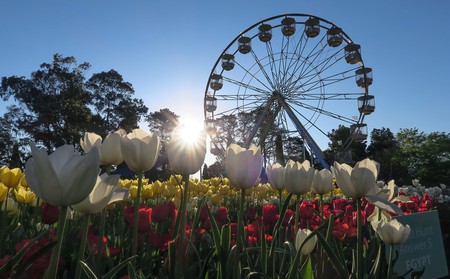 By this time of year, Sydney is becoming warm enough to dip your toe in one of the dozens of glittering beaches that line the coast and the harbour. Stroll along the scenic Bondi to Coogee Coastal Walk during October to experience Sculpture by the Sea, when hundreds of out-there artworks make the dramatic seaside scenery even more photogenic. Sports fans will also find plenty to do in New South Wales in October — the NRL grand final is held at Sydney’s 80,000-seat Olympic Stadium on the first Sunday of the month, and the fabled Bathurst 1000 V8 motor race zips around Mount Panorama the following weekend.

Average days of rainfall in Sydney: 11 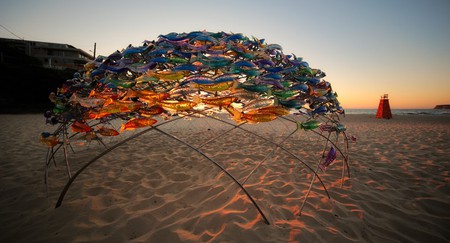 Sculpture by the Sea at Tamarama Beach | © Robert Montgomery / Flickr

Melbourne emerges from its winter chill for the Spring Carnival of horse racing, the centrepiece of which is the Melbourne Cup on the first Tuesday of November. Although the so-called ‘race that stops a nation’ has attracted increasingly negative headlines because of the industry’s exploitation of animals, dependence on gambling losses and excessive alcohol consumption, the Melbourne Cup remains Australia’s most prestigious horse race, run in front of 100,000 spectators at Flemington and more than two million on television. Foodies will also enjoy Good Food Month and Taste of Melbourne in the Victorian capital during the month of November, or the glamorous Margaret River Gourmet Escape on the West Coast.

Average days of rainfall in Melbourne: 11 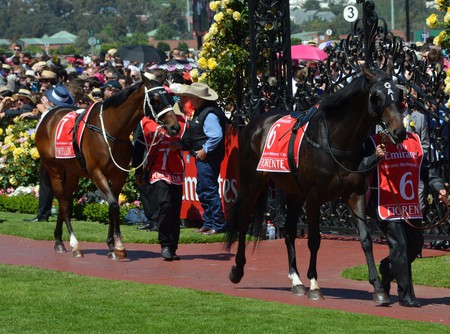 Tasmania is Australia’s southernmost state, detached from the mainland by the Bass Strait, and the temperatures are positively glacial during winter. December is a much more pleasant time of year to explore the Apple Isle, as lavender begins to flower in the north-east of the state, and the capital Hobart turns into a hub of events, including the Taste of Tasmania food festival over New Year’s and the Sydney to Hobart yacht race finishing in Constitution Dock after Boxing Day. Speaking of the Harbour City, New Year’s Eve in Sydney is one almighty party to add to your bucket list, as more than a million revellers line the harbour foreshore to catch the epic fireworks show.

Average days of rainfall in Hobart: 12 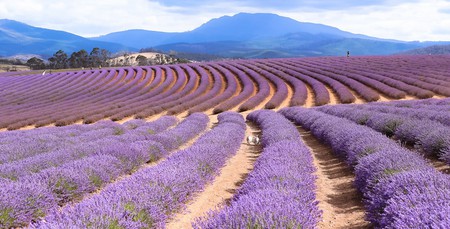 When not to go to Australia

There’s not a single month in the calendar when it’s impossible to find some weather that agrees with you. Summer is a great time to visit southern Australia — cities like Melbourne, Hobart and Adelaide, which can get chilly in the middle of the year — rather than the tropics, which experience wet season over Christmas on New Year’s. When it cools down in winter, that’s the time to head up north. Try tropical cities like Darwin, Cairns and Broome, rather than shivering down south. And with a crowded cultural calendar, there are also plenty of festivals and events to plan your travels around.