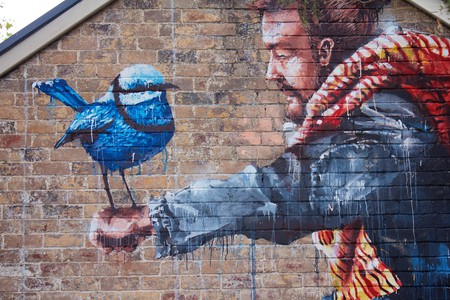 If ever there was a city that didn’t need any extra help to look beautiful, it’s Sydney… but that hasn’t stopped a growing community of street artists adding a colourful coat of paint to the Harbour City’s urban walls. Murals are popping up all over Sydney and these are the best places to find them.

Sydney’s coolest neighbourhood has to be the first stop on this street art tour. Ever since Juilee Pryor and Andrew Aiken co-created King St’s iconic I Have a Dream Mural in 1991 — an enormous mural evoking Martin Luther King’s stirring words to fight for Indigenous Australian civil rights — Newtown’s haphazard graffiti has been largely painted over by inspired multi-story murals on every street and laneway. 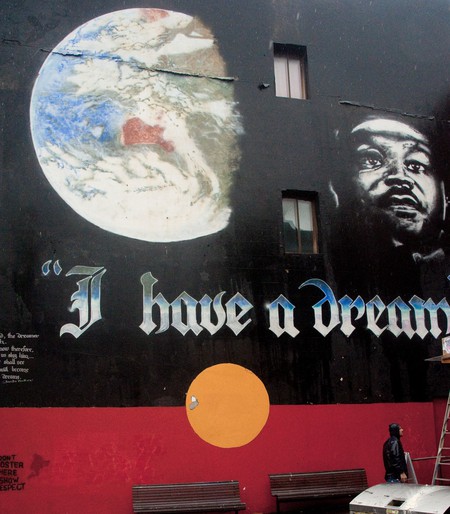 I have a dream mural | © Rob_Wood/Flickr

The biggest name in the Newtown — and Sydney — street art scene is Fintan Magee, dubbed the “Australian Bansky” for his large-scale photorealistic murals that grace walls from Helsinki to Buenos Aires and everywhere in between… including his native Newtown. Falling Sky in King Lane and Housing Bubble on Enmore Rd — a pointed critique of Sydney’s property affordability crisis and the gentrification of the once-working class inner west — are Fintan’s two most recognisable masterpieces in his home suburb. 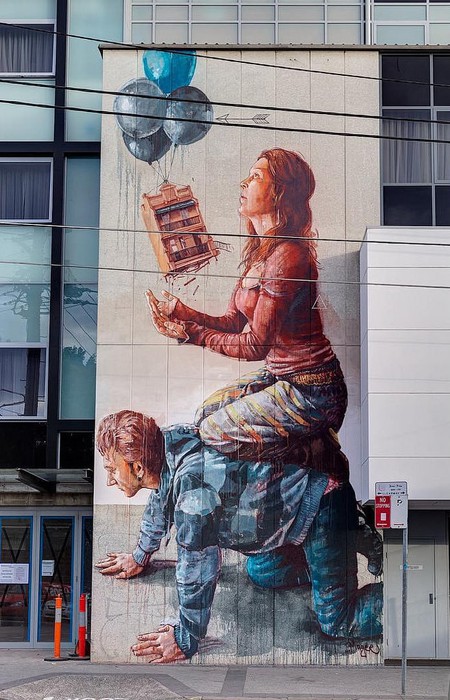 Introducing Sydney’s answer to Melbourne’s Hosier Lane, an alley that cakes every square inch of concrete with a colourful coat of paint. The large-scale paint wall began in 2010 when local factory owner Tugi Balog wanted to tidy up the grimy graffiti tags in his back alley with some more serious street art… and those murals have spread throughout the laneways around St Peters train station, where artists enjoy free reign. 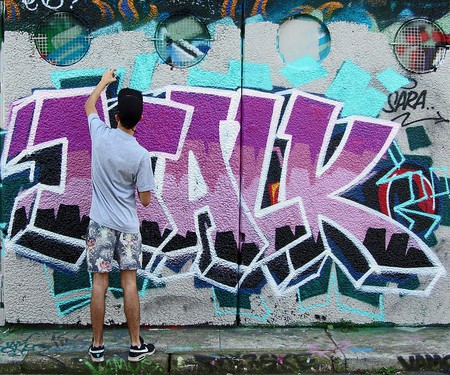 Mexican-Australian artist Peque VRS and cyberpunk murals are a highlight of this ever-evolving outdoor gallery. Sydney Steel Rd in nearby Marrickville is another one of Peque’s favourite spots — an isolated industrial laneway that provides the perfect canvas for detailed murals as well as sophisticated tags.

Australia’s most famous beach has no trouble attracting visitors but this graffiti gallery is just another reason to head to Bondi. Turn your gaze from the sea to the wall of street art that reflects the surf and skate spirit of seaside Bondi, which has decorated the promenade with public art since the 1960s. 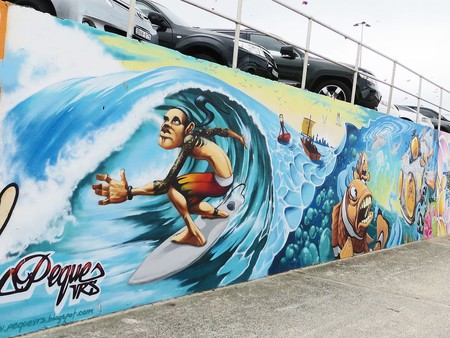 Most of Sydney’s most recognisable street artists have added pieces to the Bondi Sea Wall but few capture the bright and breezy Bondi vibe better than Mulga the Artist. Mulga’s vibrant graphic designs, intricate line work, anthropomorphic animals and ubiquitous hipster facial hair suits the seaside suburb to a tee.

The ‘We Are Here’ project is an initiative of the City of Sydney council’s program to support public art by local and international creatives, reflecting the shifting attitudes towards street art, which is now seen as a measure of a city’s cultural heartbeat. Located just off lively Oxford St, this snaking alleyway showcases a diverse collection of murals and mixed-media collages that steps through the history of the area, which has transformed from an inner-city slum to Sydney’s gentrified creative epicentre and one of the city’s trendiest postcodes. 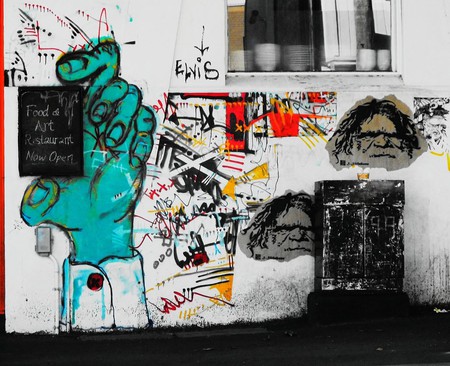 At the corner of Caroline and Hugo Sts, the Welcome to Redfern mural covers an entire Victorian-era terrace in red, yellow and black stripes, feting the neighbourhood’s Indigenous heritage. Contemporary Aboriginal artist Reko Rennie, renowned for his vibrant geometric patterns, led a team of young Indigenous artists on the ambitious project. 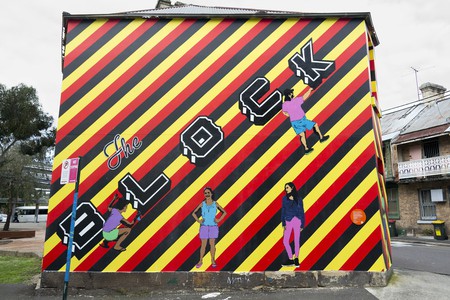