The 10 Tallest Buildings in Australia 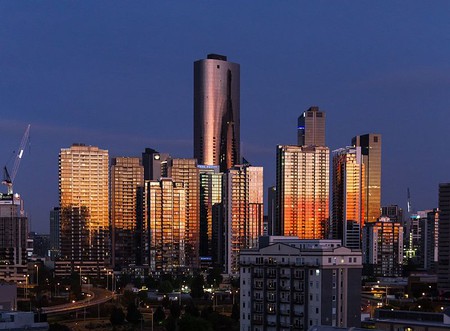 When you think of skyscrapers, we’re sure buildings including the Burj Khalifa in UAE and the Petronas Towers in Kuala Lumpur come to mind, but ‘Down Under’, we have our own impressive collection of buildings. In fact, Australia’s first skyscraper, the APA building, was built in Melbourne in 1889 and was among the tallest buildings in the world in the late 19th century. These days, Australian architects are continually reaching for the skies as states try to out-stretch each other with higher and more innovative skyscrapers. These ten are currently the tallest buildings in the country. 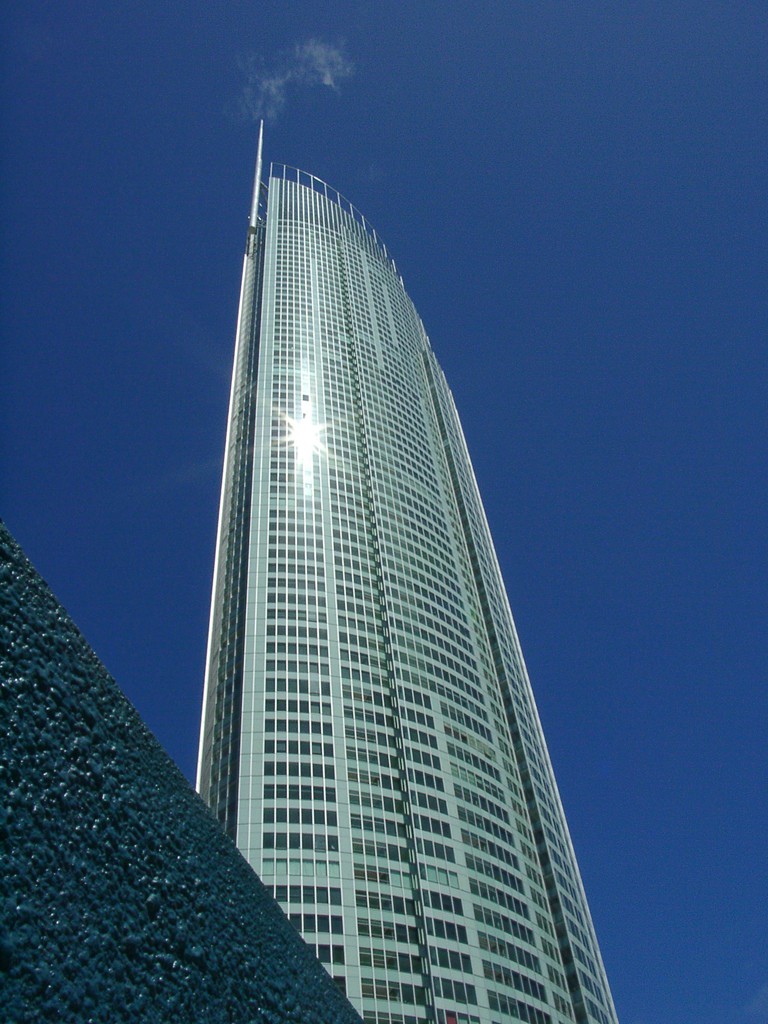 Currently the tallest building in Australia is Q1 in Surfers Paradise, on the Gold Coast. Designed by the Sunland group, Queensland’s Number One has a height of 322.5 meters when measured to the tip of the spire and 78 floors. When it opened in November 2005, Q1 was the tallest residential building in the world, but the title was lost in 2011 to The Marina Torch in Dubai. Inspired by the 2000 Sydney Olympic Torch and the Sydney Opera House, Q1 features Australia’s only beachside observation deck on floors 77 and 78. SkyPoint offers 360-degree views and can be reached via express elevator in 43 seconds.
Open In Google Maps
9 Hamilton Avenue, Surfers Paradise, Queensland, 4217, Australia
+61756304500
Visit Website
Give us feedback 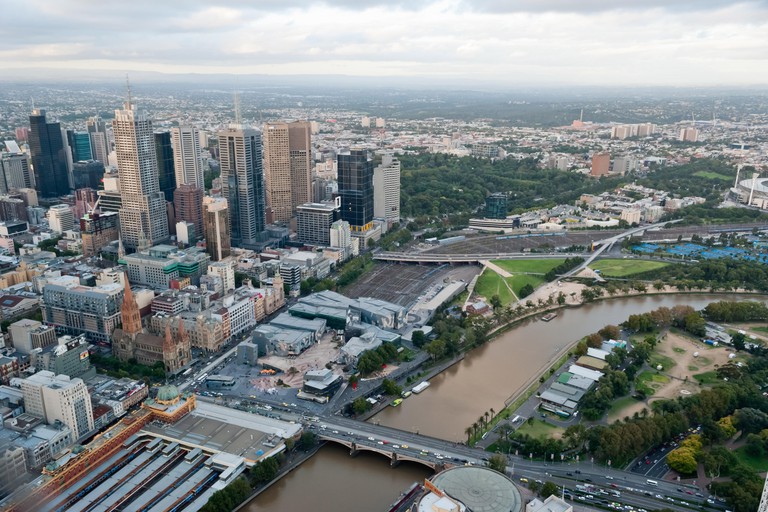 Revel in impressive views of Melbourne from the Eureka Skydeck | © Marco Saracco / Alamy Stock Photo
Book Now
In Melbourne, the Eureka Tower takes second place, with a height of 297.3 meters which when completed in October 2006 was the tallest residential building in the world. Named after the Eureka Stockade rebellion of 1854, the building’s design features a gold crown, red stripe and blue glass paneling symbolizing the gold rush, blood spilt and the Stockade flag. There are 556 apartments spread across 84 floors and on the 88th floor is the Eureka Skydeck 88 which opened in May 2007 and features ‘The Edge’— a three meter glass cube that suspends groups of people 300 meters above the ground. Eureka Tower also hosts an annual stair climb and the current record for climbing 1642 stairs is seven minutes.
Open In Google Maps
7 Riverside Quay, Southbank, Victoria, 3006, Australia
+61396938888
Visit Website
Give us feedback

Taking the bronze is 120 Collins Street which stands at 265 meters and is the tallest office building in Australia. Completed in 1991, the building’s postmodern design was inspired by New York City’s art deco buildings. Located at the Paris end of Collins Street, the building has 50 levels of office space and current tenants include Rio Tinto, ASIC and Blue Scoop Steel. The building’s current owners Investa Property Group have worked to refurbish the offices implementing ‘ozone friendly and energy efficient chillers, LED technology lighting to the communications tower, flow restrictors on all taps, a rainwater capture system with on-site capacity of 35,200 litres and a tenant commingle waste collection program.’ 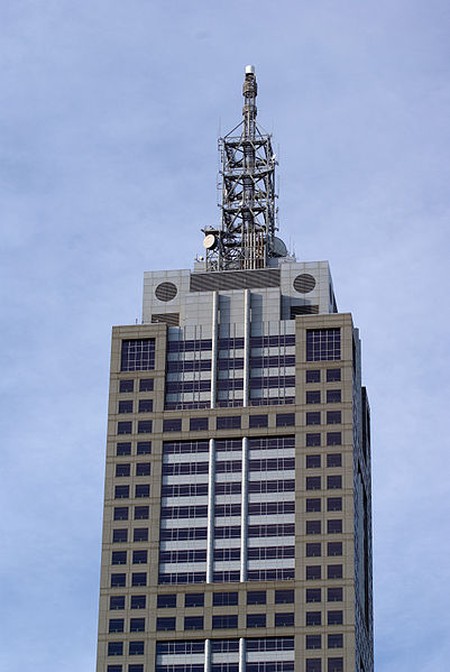 Building
Facebook
Email
Twitter
Pinterest
Copy link
Share
Map View
Although yet to be completed, when finished, 1 William Street, Brisbane will stand just shy of 260 meters. With a budget of $650 million, construction began in Brisbane’s central business district in 2013 and is expected to be completed by the end of 2016 or at the latest early 2017. Architect Woods Bagot is responsible for the SAHMRI building in Adelaide, the National Australia Bank in Melbourne Docklands and the Qatar Science & Technology Park in Doha and 1 William Street is expected to show a modern style and is predicated to receive a five star NABERS office energy rating.
Open In Google Maps
Brisbane City, Queensland, 4000, Australia
Give us feedback

Designed by architects Gerard de Preu and Partners, Rialto Towers opened in 1986 on the west side of Melbourne’s Central Business District. The taller South Tower is 251 meters tall and has 63 floors, while the shorter North Tower is 185 meters high with 43 floors. Named after the historical Rialto Building next door, the tinted glass of Rialto Towers can often be seen changing colours throughout the day from navy to glimmering gold. In July 1994, Melbourne’s first public observation deck opened on the 55th floor and closed in December 2009 to make way for restaurant Vue de Monde. 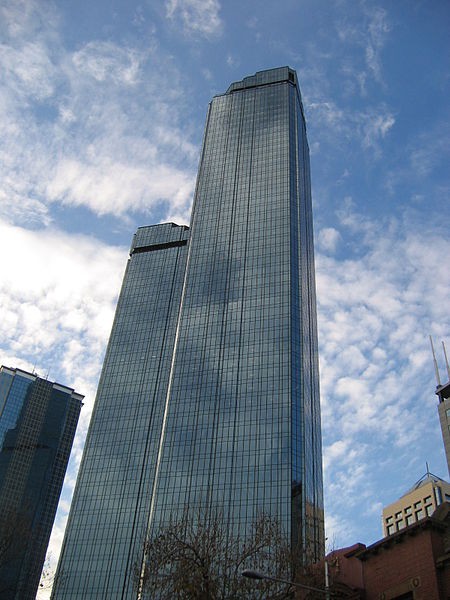 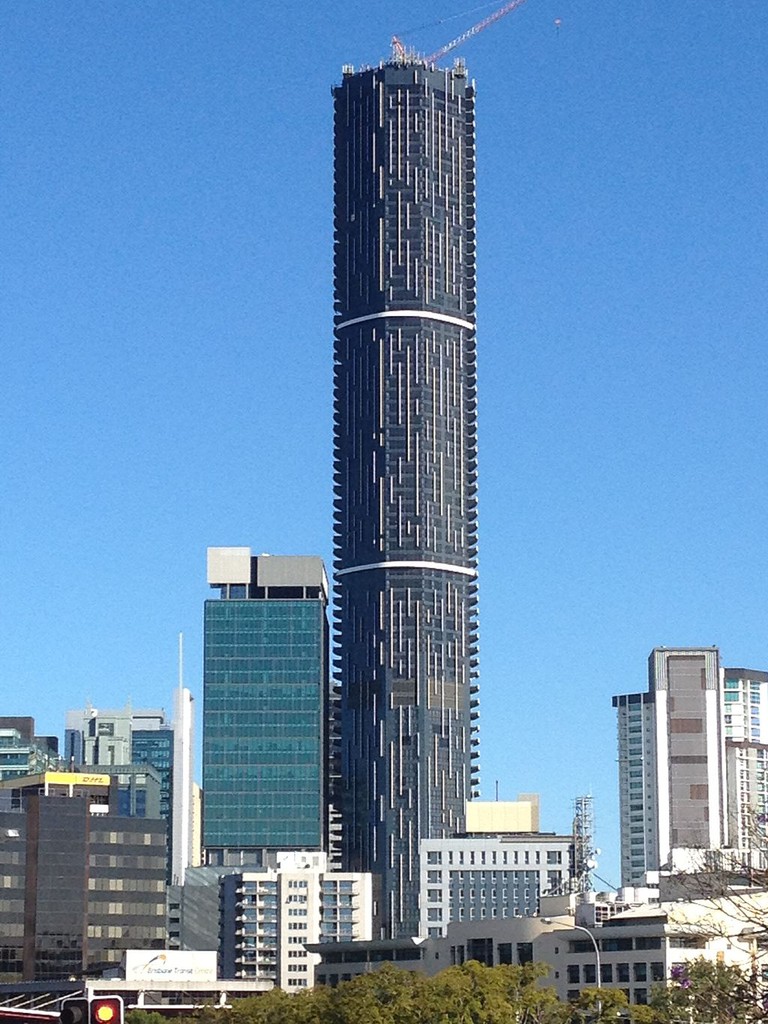 Infinity Tower, Brisbane in 11.2013 | © Kgbo/WikiCommons
Brisbane’s Infinity Tower was the tallest building in Brisbane until 1 William Street, which is expected to open in 2017. It is 249 meters tall and has 81 floors which house 549 apartments. Builder Meriton began construction on the site in November 2009 and the building opened in July 2013. Facilities offered by Infinity Tower include a spa, lap pool, gym and sauna and apartments range from one – three bedrooms. Infinity Tower is the tallest building in Queensland from ground to roof; however, Q1 is taller when the spire is taken into consideration.
Open In Google Maps
43 Herschel Street, Brisbane City, 4000, Australia
+61408498612
Visit Website
Give us feedback 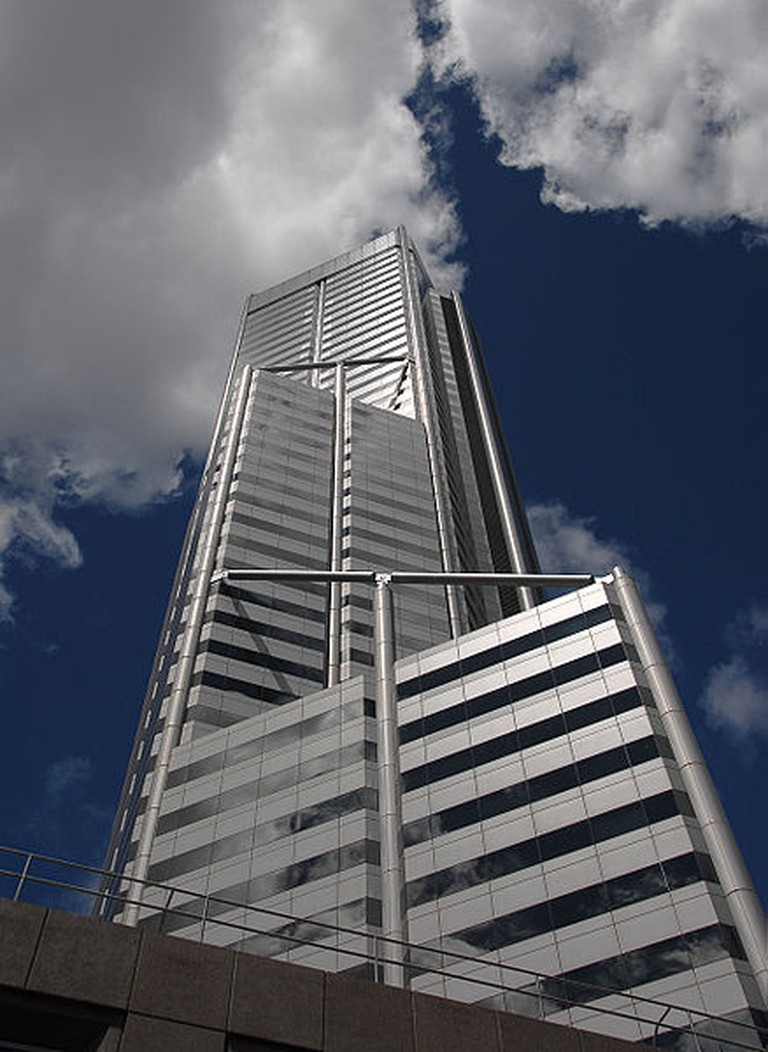 Rounding out our top ten list is Sydney’s Chifley Tower, which upon competition in 1992 stood 241 meters tall. However, in 2000 a three-meter lighting rod was added, extending the building’s height to a total of 244 meters. Designed by New York-based architects Travis McEwen and Kohn Pedersen, Fox Chifley has 53 floors and is used primarily by financial institutions and law firms. Until 2010, the French restaurant Forty-One was located on level 42.