Straying Around Melbourne: A Guide To The City With Emily Bitto

Taking out a prestigious Stella Prize as a first-time novelist is definitely something extraordinary for Melbourne-based Emily Bitto, author of the novel The Strays. To add to her already aspiring achievements, she now owns and runs a bar called Heartattack and Vine on Lygon Street in Carlton. Here, Emily shares with us her places of inspiration and relaxation along with her favorite bars and cafés in Melbourne. 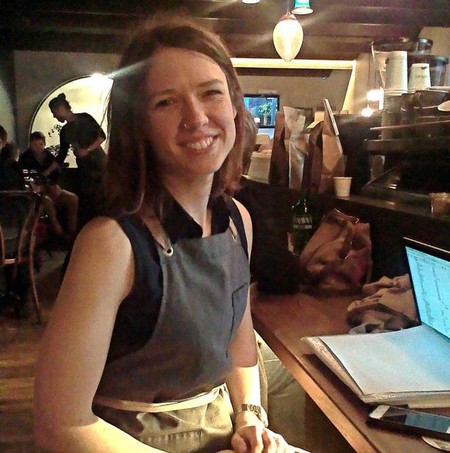 Where in Melbourne do you find most inspiring? Are there certain places you visited for inspiration when you were writing your first book?

My book is set in the 1930s in Melbourne, around the Griffith artist, so I went quite a lot to the Heide Museum of Modern Art, in Bulleen, near the suburb of Heidelberg in Melbourne. There was a group that was commonly referred to as the Heide Circle. The site used to be a dairy farm and was purchased by John and Sunday Reed, who were wealthy patrons and art benefactors, and they gathered all these modernist artists around them — people like Sidney Nolan, Albert Tucker, and Joy Hester. So they lived out there, and all these crazy things went on around them. The former dairy farm has been turned into a gallery and contemporary art museum. You should go and visit it; they have a lot of art on display there. During my research for the book, I went there very often, so that was really inspiring. I could actually go there and see the actual kind of house they were living in back in the 1940s. They still have it all set up how it was; the library, a fireplace, and all of the books are still there, stuff like that. That was really the inspirational insight for my book.

As a restaurant owner yourself, do you have a favorite restaurant in Melbourne?

Oh, there are many that I really love. There’s a place called Neighborhood Wine that I really like and a place called Bar Idda on Lygon Street, in Brunswick. There are also a few bars that I really love — for example, the Gertrude Street Enoteca on Gertrude Street, Melbourne. That’s my favorite kind of wine bar. Then there is a place called Gerald’s Bar on Rathdowne Street or The Alderman in Brunswick East. That’s a bar that has been there for a really long time; it’s just really simple and laid back. I also recommend Long Play on St Georges Road. They are probably the places I would go to the most, though Neighborhood Wine is probably my favorite place to eat and drink wine.

Do you also go to a café to write?

Sometimes, yes. I like changing locations a lot. When I get stuck with what I’m writing, it really works for me to change to a new location. So I might start off writing at home, and if I get stuck, I’ll go to a café for a while, until I get tired of that, then go to the park or something like that. I like to move around the place. 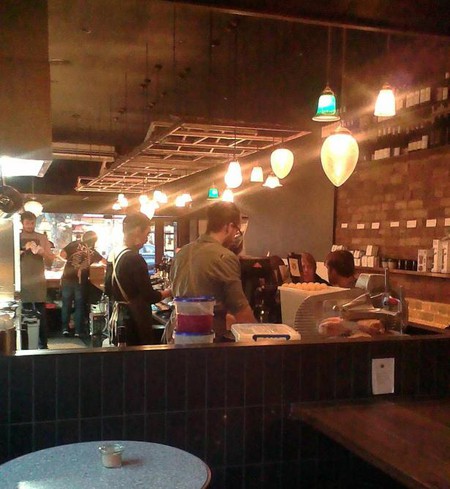 Which cafés in Melbourne do you find especially relaxing for you to start writing?

I often go to Mixed Business (in Clifton Hill), and I did a lot of writing there; it is probably my favorite. As for Heartattack and Vine, there are four of us who own this place. One of them is my boyfriend, and he has another place called Wide Open Road in Brunswick, which is where they roast our coffee. So I go there a lot as well; it means I can write, and every now and then, hang out with my boyfriend.

If you were to write a story about your restaurant, what would it be about?

Find a copy of Emily’s book, The Strays, in one of Melbourne’s many bookshops.