Australia’s live music capital has been producing sweet sounds for decades. Music enthusiasts trek from all over the country and the world to see live gigs at famous venues in Melbourne, the cultural hub of Victoria. With some of the best art schools in the world, and an environment made to breed top-notch musicians, it’s not surprising that some truly great artists have come out of Melbourne. Now more than ever, Melbourne’s music industry is making a huge impact on the global soundscape. Here is a selection of six albums that over the decades have helped to put Melbourne on the musical map. 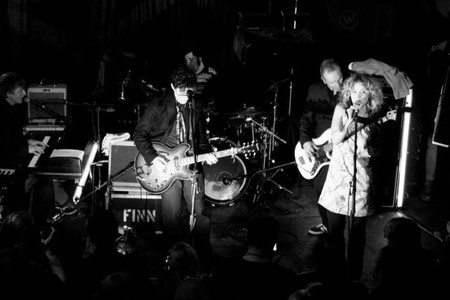 Where it all began. Crowded House formed in 1985 and have produced some of Australia’s greatest hits. Think of ‘Don’t Dream It’s Over’ or the anthem dedicated to their home town, ‘Four Season’s In One Day’, referring to Melbourne’s sporadic weather patterns. The brilliant 1991 album Woodface contains ‘Four Seasons’, as well another of their biggest hits ‘Weather With You’. According to front man Neil Finn, “Melbourne was the birthplace of Crowded House and was always the town we chose to return to. It’s forever deeply ingrained in our collective psyche and was the backdrop for many of our best musical moments.”

Although much of his work was recorded outside of Australia, Nick Cave has always been a towering figure in Melbourne’s musical history. His first band, The Birthday Party were the trailblazers of the Australian post-punk scene in the late 1970s. Nick Cave joined with the Bad Seeds in Melbourne in 1983 and they have gone on to release 15 studio albums. Many of these have become undisputed classics, such as The Boatman’s Call (1997), Let Love In (1994), Abattoir Blues (2004) and Push the Sky Away (2013). Released in 1996, Murder Ballads was a huge critical and commercial success, and the record also saw Cave team up with another Melbourne music legend, Kylie Minogue, on ‘Where the Wild Roses Grow’. Rock music’s ‘Prince of Darkness’ has also written novels and recently stared in the semi-fictional documentary about his life, 20,000 Days on Earth.

Another classic rock band, proving that back in the day this is what Melbourne did best. Formed in 2001, Jet have sold 6.5 million albums worldwide. Not bad for four boys from the suburbs. The band say that their biggest influence was the Aussie band You Am I, who hailed from Sydney: “Hi-Fi Way [the You Am I album] was the most important album of my generation. That was the record that made you realise you could be in an Australian band, you didn’t have to be a grunge band and you didn’t have to be influenced by American bands. It changed everything.” So although being distinctively Melburnian, Jet consider themselves to be an Australian band. Get Born displays Jet at the peak of their powers, and the album features ‘Radio Song’, a track about the band’s time as an unsigned act in Melbourne.

The Cat Empire have a slightly different sound than some of their famous Melbourne predecessors. The jazz-ska-funk outfit have produced six albums since their formation in 1999, including classics like their 2003 self-titled debut and 2005’s Two Shoes. They have made a remarkable impression on the jazz scene, performing at the Melbourne Commonwealth Games in 2006 and having played at some of the world’s biggest festivals. Their second album, Two Shoes, saw the band broaden their horizons, and it was recorded in Havana, Cuba. But it is their third record, Cities, that has a true Melbourne soul. The group described it as being “between a tribute to our own city and an experiment in sounds that we’ve found abroad.”

The single ‘Sweet Disposition’ catapulted The Temper Trap to fame. In 2012, the band won an ARIA (Australian music award) for both best group and best rock album, and they have since played opening shows for Coldplay and been nominated for a Brit Award. Having graced the stages of the world’s biggest music festivals, they don’t seem to be slowing down. They have a third album in the works, and it is sure to propel them back into the international spotlight where they have already made a name for themselves.

The bearded electronica musician is further evidence of Melbourne’s progression beyond the rock genre. Chet Faker’s 2014 album Built On Glass has garnered a huge Australian following and won him awards such as Rolling Stone Australia’s Best Independent Release. Three songs from his album were played in the Top 10 of the Triple J Hottest 100, a billboard played annually on Australia Day which charts what Australia votes as it’s best music from the previous year.