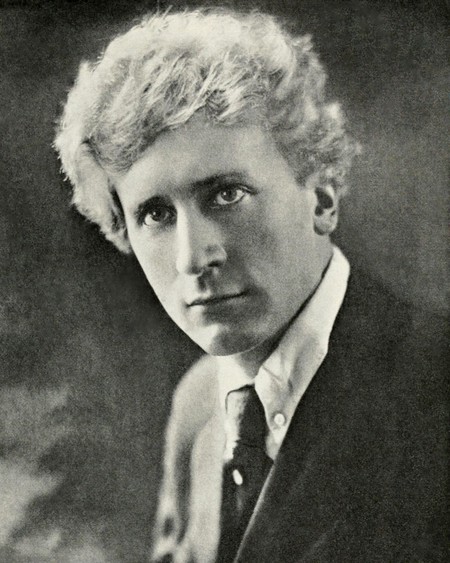 Percy Aldridge Grainger was born at 305 New Street Brighton in Melbourne on the 8th of July 1882 to John Grainger, the architect behind Princes Bridge, and Rose Grainger. Officially his name was George Percy Grainger but from a young age he was called Percy. Despite their troubled marriage, the Graingers stayed together for the sake of their only son until 1890 when John moved to Western Australia. Homeschooled by his mother, Percy learnt music, literature, languages, art and drama from a range of tutors. At the age of 10 that Percy began playing the piano under Louis Pabst. At the age of 11, he wrote his first composition ‘A Birthday Gift to Mother,’ and the following year, in July 1894, Percy made his debut concert appearance at Melbourne’s Masonic Hall playing the work of Bach, Beethoven and others. In October of the same year he played at Melbourne’s Royal Exhibition Building and although nervous to perform in front of such large crowds he impressed the critics and they dubbed him ‘a flaxen-haired phenomenon who plays like a master.’ 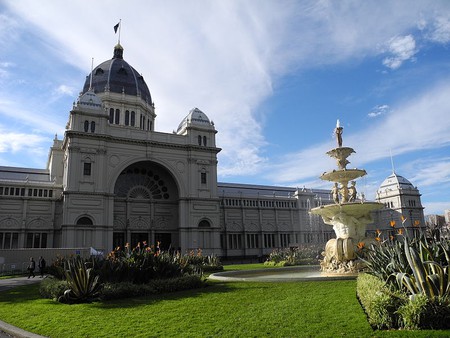 A closeup of the fountain and front of the Royal Exhibition Building. Melbourne, Australia | © Wikipedia

With the help of William Laver, head of piano studies at Melbourne’s Conservatorium of Music, Percy put on fund-raising concerts in Melbourne and Adelaide to finance his dreams, and on the 29th of May 1895, at the age of 13, Percy and his mother left Australia for Germany. Studying at Hoch Conservatory in Frankfurt, Percy was taught by James Kwast and fellow folk-music enthusiast Karl Klimsch. From a young age Percy had been captivated by Nordic culture and it was this passion that led him and four British boys to create the ‘Frankfurt Group.’ It was at this stage that he began to discover his own, original sound and his interest in the revival of folk music.

After a European tour in the summer of 1900, Percy returned to Frankfurt to perform his first solo recital, and with a growing reputation he decided to suspend his studies and move to England where he found himself performing for private high society events. A year after his move to England he was introduced to Queen Alexandra who quickly became a fan. Within the next three years he toured Britain, Australia, New Zealand and South Africa.

In 1908 Percy composed some of his best-known pieces including ‘Mock Morris’ and ‘Molly on the Shore’, and in May of 1912, at London’s Aeolian Hall, he gave his first performance comprised of only original compositions.

With the arrival of World War I Percy choose to leave England for America, a decision that upset many of his British friends, but the move proved to be significant, as he went on to perform for President Woodrow Wilson and signed to Columbia Records. After his father’s death in April of 1917 Percy enlisted into the U.S. Army as a bandsman with the 15th Costal Artillery Corps Band. It was during his 18 months of service that his song ‘Country Gardens’ rose to popularity and cemented its place as one of Percy’s most famous pieces. As the song grew in popularity so did Percy’s hatred for it.

On the 3rd of June 1918 Grainger became an American citizen and went on to his first teaching job in Chicago. Later in his life Percy would go on to lecture at NYU, a school he detested, summer schools and music camps.

In the early 1920s Percy began to rescore many of his earlier works and developed elastic scoring. During this time he and his mother moved to White Plains, New York and on April 30th 1922 Rose leapt to her death from the Aeolian Building in New York, fearing that her deteriorating health would affect her son’s career. After her funeral Percy left for Europe where he reconnected with his old friend Fredrick Delius, who he had met in 1907. Almost blind, Delius wished to see the sunset one last time so Percy carried him to the top of a mountain peak. During this and later trips in 1925 and 1927 Percy began collecting Danish folk music. In 1926 Percy met Ella Ström and a year later, after an elaborate performance at the Hollywood Bowl, the two were married.

In the early 1930s Percy began collecting artifacts from his life with the vision of creating a Grainger Museum dedicated to himself. As an atheist, he believed he would only live on through the immortality of his music and through the museum’s collection. In 1938 the museum opened in Melbourne, although it was exclusively reserved for scholars. 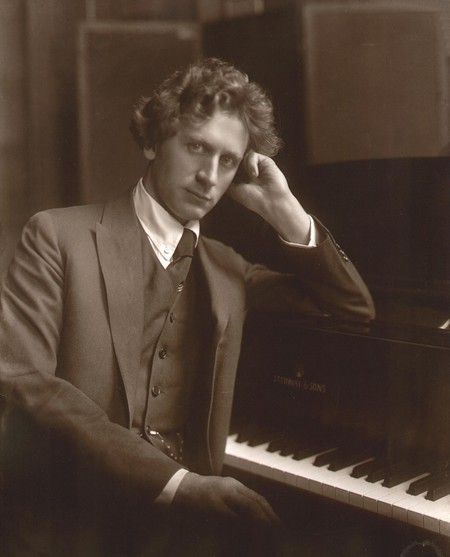 During World War II Percy was regularly seen at charity concerts, with approximately 274 appearances, but after 1950 he stopped composing music and instead focused on free music machines. In the 1930s Percy began exploring the theory of ‘free music’, believing that conventional scales and rhythms only brought about ‘absurd goose-stepping.’ He believed in beatless music free of tonal restraints and spent many years trying to construct a machine capable of such freedoms; however, technology at the time limited what could be achieved.

In 1953 it was discovered that Percy has abdominal cancer, but he fought the disease and continued performing at smaller concert venues. In May 1957 he appeared on BBC television, his only television appearance, and performed ‘Handel in the Strand.’ As his health continued to deteriorate he made plans to preserve his body for display at the Grainger Museum in Melbourne, but his request was declined.

Percy gave his final public performance on the 29th of April 1960 at Dartmouth College, New Hampshire. The following year on the 20th of February 1961 Percy died at the age of 78 in White Plains. He was buried in Adelaide besides his mother’s ashes.

Percy’s British legacy was the revival of folk music. He was the first person to record folk songs using a phonograph. In America Percy is remembered for his educational legacy and for the impact he made on modern American band music. Yet Percy longed to be recognized for something other than his folk arrangements, and felt he never reached his full potential in his journey to becoming Australia’s most prominent musical composer. Percy’s compositions are filled with instrumental experimentation and irregularities as he searched for ‘free music’ and his original songs often last no more than eight minutes.

His eccentricities were also a constant threat to his career. He was known to enter concert halls in gym clothing and leap over the grand piano as he made his grand entrance. It’s also said that he kept his piano stool in a wheelbarrow and spoke in a Nordic form of English as he believed in ‘superiority of blue-eyed Nordic races,’ and often told friends of his anti-Semitic views. Asides from the museum in Melbourne, his home in White Plains New York was converted into a library containing artifacts from his life.