No One Is Brave Enough to Boycott the Australian Open 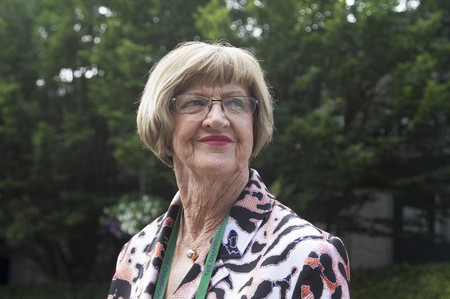 Court, as we have been told repeatedly in the last few weeks, is a sporting legend. She has 24 Grand Slam titles to her name, 11 of which came at the Australian Open. Melbourne Park, which has hosted the Australian Open since 1988, has a show court named after Court, the Margaret Court Arena, and will have tennis’ finest showcasing their skills there for the next two weeks. However, Court, who is now a Pentecostal Christian minister, is also a fierce critic of LGBT rights, openly stating she is against same-sex marriage. 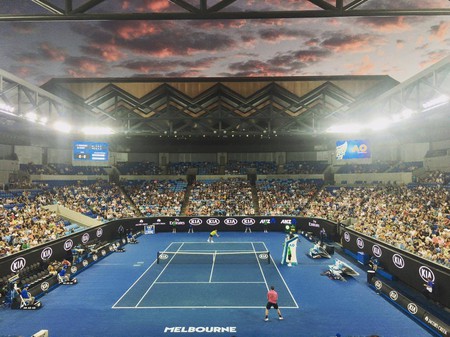 In May of 2017, when Court’s last offensive comments were made, figures in the world of tennis (most notably Billie Jean King and Martina Navratilova) spoke of her name being stripped from the court, and with the Australian Open now in full swing the issue has arisen again. The only problem is no one is actually doing anything about it.

At the time, Andy Murray explained: ‘I don’t see why anyone has a problem with two people who love each other getting married. If something was going to be happening and the players come to an agreement, if they think the name should be changed or whatever, that should be decided before the event starts. I would imagine a lot of the players would be pretty offended by that. So we’ll see what happens.’

What’s happened is very little. Players have ultimately said it’s down to Tennis Australia (who organise the Australian Open), while Tennis Australia have essentially decided that Court’s views on such issues are separate from the sporting prowess – the good things are great, the bad things don’t worry about.

What has Court actually said?

On homosexuality in tennis: ‘I mean, tennis is full of lesbians, because even when I was playing there was only a couple there, but those couple that led took young ones into parties and things.’ May, 2017.

On transgender children: ‘That’s all the devil… but that’s what Hitler did and that’s what communism did – got in the mind of the children. And it’s a whole plot in our nation and in the nations of the world to get the minds of the children.’ May, 2017.

On apartheid: ‘South Africans have this thing better organised than any other country, particularly America. I love South Africa, I’ll go back there any time.’ January, 1970.

On marriage: ‘You stand with values for family and different things, so you are a voice, and then you get persecuted for that. You are not hating the people. You love the people, but you get taken that way. And I say marriage is between a man and a woman.’ January, 2017.

Last year, Australia’s leading female player, Sam Stosur, talked about a potential boycott by players, but very little has actually materialised. In the lead-up to this year’s tournament, players have towed the party line, absolved themselves of any responsibilities, left it to organisers to decide and gone with the very predictable ‘sport and politics being separate’ mantra so often talked about in these situations.

Johanna Konta, the Brit seeded ninth in this year’s women’s draw, was as apolitical and diplomatic as she could possibly be. When asked about Court’s comments and the chance of a boycott, she explained: ‘I don’t agree with what Margaret Court said. However, she’s entitled to her own opinion. But in terms of playing, if I’m scheduled to play on Margaret Court, I will go out there and compete. It’s a tournament decision where they put me.’

Konta added: ‘I think it’s unfortunate that this whole thing has even occurred, because it does overshadow why her name is on the court. It’s not because of her beliefs, it’s because of her achievements in the sport. They’re actually quite separate. It’s not nice to be answering these sorts of questions. It’s not really what this tournament is about. It’s not what these sorts of sporting events are about. They’re about equality, they’re about showcasing men and women, wheelchair tennis; celebrating tennis in that way.’

Tennis Australia has distanced itself from the matter as a whole under the basis that what Court has said is a personal opinion. But where does that leave young, aspiring LGBT players, whether in Australia or elsewhere? The sport you love is telling you that someone who thinks you have the ‘devil inside you’ is a legend and you should be lucky to play on a court that is adorned with her name. Forget being upset, you should feel honoured to play there. Don’t raise the point, be quiet, be respectful and keep your opinions to yourself.

Any organised boycott needs the support of high-profile players to be effective. If a qualifier, ranked 200 in the world, boycotts playing either at the Australian Open, or on the Margaret Court Arena specifically, it will have little to no effect on Tennis Australia. If Roger Federer boycotted, however, then it’s a different matter altogether. And if he was joined by the likes of the Williams sisters, Nadal, Caroline Wozniacki, Novak Djokovic, Simona Halep and Grigor Dimitrov, then they’d really have to reassess things.

Only yesterday, Djokovic (the first player to pass $100m in prize money) was talking about forming a breakaway players’ union to demand a significant rise in prize money. While the Serb’s earnings are more than substantial, there is a still significant disparity between the elite few and the rest of the professional game. Players’ earnings may not be the issue here, but it does show the willingness of individuals to come together to discuss matters through the players’ council. So money clearly matters. Morals? Not so much.

The caveat to all of this, however, is for some players, boycotting tournaments may not be as straightforward as it may initially seem. With sponsors involved, giving up prime airtime and publicity could seriously affect their contracts. Again, it’s something that depends on a player’s status. Doping wasn’t enough to stop Nike cancelling their contract with Maria Sharapova, so it seems unlikely they would pull the plug on an act of nobility. If anything, you wouldn’t put it past a giant sports brand spinning it into a entire marketing campaign.

Boycotting a Grand Slam isn’t an easy decision to make. They mark the pinnacle of a career that people spend decades trying to win, most without success. Giving up that opportunity isn’t something that should be taken lightly. It would take a huge amount of bravery and commitment to go through with any such boycott, but with Tennis Australia openly declaring that they have no intention of changing the name, who’s left to lead the way if not tennis’ lead players? Sport’s governing bodies, and players involved, distance themselves from politics as and when it suits them, but history has proven that the two are impossible to untangle from one another.

For sport’s governing bodies, it is simply a matter of when it suits. It’s the difference between football ‘bringing the world together’ instead of it being ‘just a game’. That’s why FIFA choose to focus on the Qatar World Cup bringing football to a part of the world for the first time, rather than the horrific abuse of human rights to the workers building the tournament’s stadia. The ‘power of sport’ exists for the likes of FIFA, the International Olympic Committee, or in this case, Tennis Australia, when it benefits them.

Sport, almost across the board, is terrible at confronting anything remotely close to LGBT issues, or even wider discrimination. It offers very little support to individuals prepared to speak out. There is a catalogue of examples, over decades of professional sport that highlight the fact. The easy response is to say that it has improved over time (which is true, to some extent), but you only have to go back a matter of months to look at the way the footballer Eni Aluko was treated by the FA regarding the alleged abuse of England manager Mark Sampson, or how Colin Kaepernick was completely ostracised for his silent protests on the field of NFL games – he lost a career over it. No wonder tennis’ stars are reluctant to speak out. 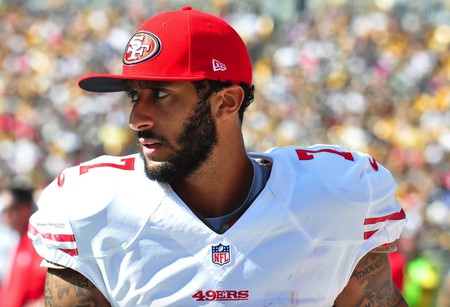 One difference tennis does have is the fact that it’s a game of individuals. Ultimately, the San Francisco 49ers replaced Kaepernick with another quarterback, just like a different forward took Eni Aluko’s place in the England team. If Federer, Nadal and Djokovic pulled out of the Australian Open, who’s going to adequately replace them?

The ‘well, it’s not my problem’ merry-go-round, passing on any responsibility that one may have, is depressingly predictable. We are constantly told that sport is supposed to be for all, there should be no asterisk at the end of the phrase just in case you may be black, gay, female, or any other minority that doesn’t fit in with sporting convention.

Here you have a woman who believes black and white people should live separately, gay people should not be allowed to marry and transgender children are tainted by some sort of Satanic power, held in high regard. If the most influential people in the game don’t make any sort of a stand, then the issue becomes 30 seconds in a press conference and no more, shrugged off and forgotten about until someone next wonders why LGBT athletes are afraid to come out.