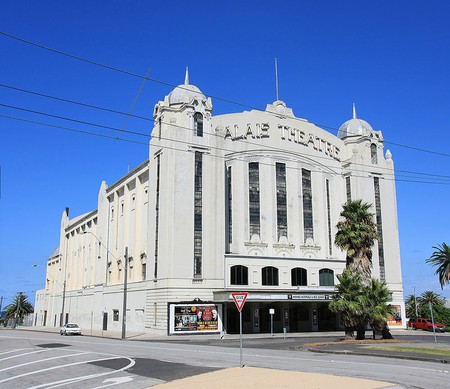 Many of the music venues in Melbourne have gained a legendary reputation within the music industry. Cherry Bar is often called “the best rock n’ roll bar in the world,” and when the future of the Palais Theatre was in jeopardy, The Rolling Stones publicly voiced their support. Judy Garland’s disastrous one and only Melbourne show took place at Festival Hall, Madonna recently gave a bizarre performance at the Forum which didn’t finish until 3:00 a.m., and once upon a time, The Espy was the sight of Melbourne’s very own Saturday Night Fever. 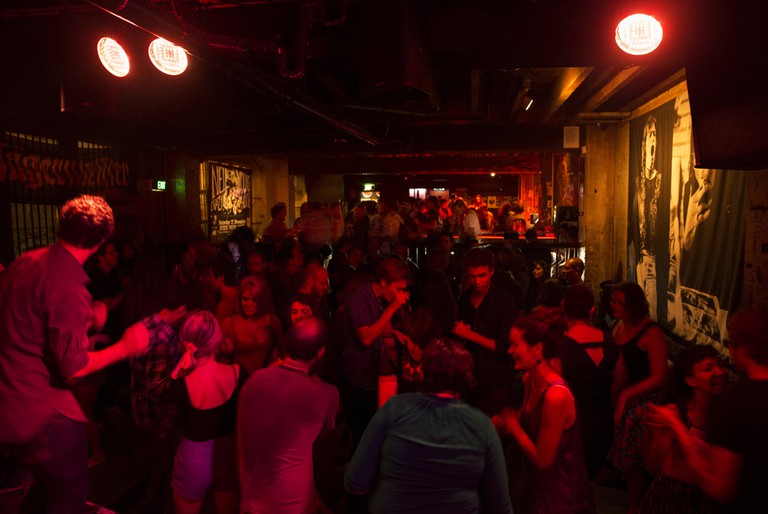 Cherry Bar | © Cherry Bar
Down AC/DC lane lies ‘the best rock n’ roll bar in the world.’ Since its founding in 1999, Cherry Bar has become the go-to afterparty venue for touring musicians, and the bar impressed Oasis’s Noel Gallagher so much that he tried to purchase the venue back in 2002. Cherry Bar has free entry most nights and regular DJs spin everything from classic to contemporary rock, soul and funk to the occasional techno beat. The Black Keys and New York Dolls have performed on the stage, and Jack Black, Axl Rose, and The Arctic Monkeys have visited. In 2012, Lady Gaga wanted to host her after party at the venue, but was turned away as there was already a local blues band booked for that night. Owner James Young said ‘we honor our existing bookings to local acts.’ In 2014, Gaga finally got her chance to dance at Cherry Bar and is rumored to have crawled out of AC/DC lane the next morning. 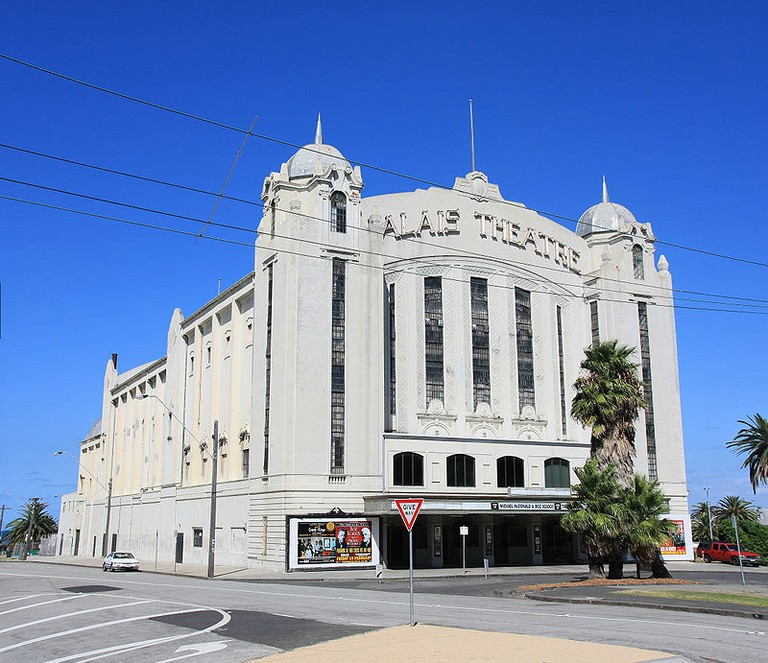 Palais Theatre | © Adam.J.W.C./Wikipedia
There have been many Palais venues in St Kilda, but the first, Palais de Danse, was built in 1911. In 1919, the venue was renamed Palais Pictures. Three brothers from Washington — Leon, Herman and Harold Phillips — and James Dixon Williams originally owned the venue, and Leon and James would go on to open Luna Park in 1912. In February 1926, a fire engulfed the stage just as the venue was being remodeled. Henry E. White was commissioned to design a grander theatre, which opened on the 11th of November 1927. The theatre’s architecture has Moorish and Art Deco characteristics, and the interiors include Baroque influences. Until the 1950s, the venue operated as a cinema, with classical musical played in the foyer during intermission. Tom Jones, Louis Armstrong and the Rolling Stones have performed at the venue, and the theatre has played host to several ballets. 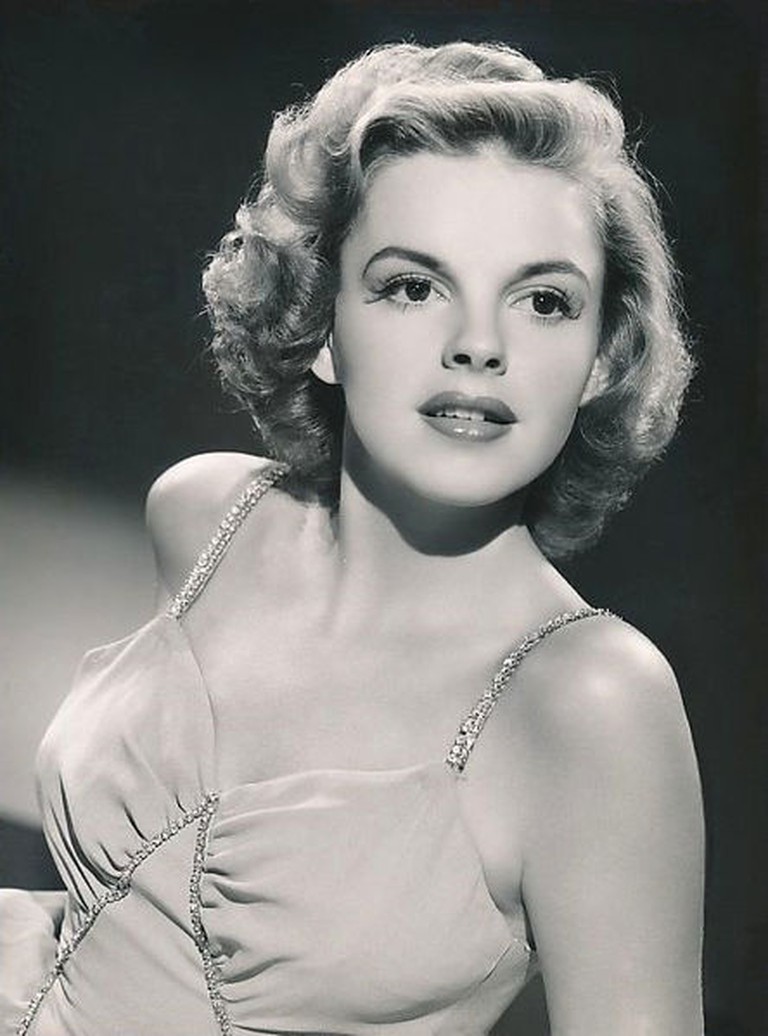 Judy in 1943 | © Metro-Goldwyn-Mayer/Wikipedia
Built in 1915, Festival Hall was originally named West Melbourne Stadium and was used for boxing and pro wrestling, earning it the nickname the ‘House of Stoush.’ The venue was also used for roller derby and ballroom dancing. In 1955, West Melbourne Stadium was destroyed by a fire, but was quickly rebuilt for the 1956 Olympics, where it was used for basketball, boxing and gymnastics. In the 1960s, the venue was renamed Festival Hall, and it has since hosted some of the best musical acts in the world across all music genres. Both the Beatles and Judy Garland played the venue in 1964, with Garland arriving an hour late, only to storm off stage. Queen, Bob Dylan, Tina Turner, Frank Sinatra, Ed Sheeran, Elton John and the Ramones are among the long list of notable acts that have performed at Festival Hall.

On the corner of Flinders and Russell Street is the Forum Theatre. Originally known as the State Theatre, it opened in February 1929 and was the largest cinema in Australia, with a seating capacity of 3,371 people. The first films screened were silent films The Fleets In and The Cameraman, and the first talkie shown was The Doctor’s Secret. In the early 1960s, the venue was divided into two cinemas — the Forum, which opened in 1962, and the Rapallo, which opened the following year. Further renovations took place in 1981. Forum I is located on the ground floor, with a standing capacity of 1,500, and Forum II can seat 520 people. Madonna gave an exclusive fan show at the venue in 2016, but didn’t get on stage until 1am. Asides from concerts, the Forum also hosts the Melbourne International Comedy Theatre. 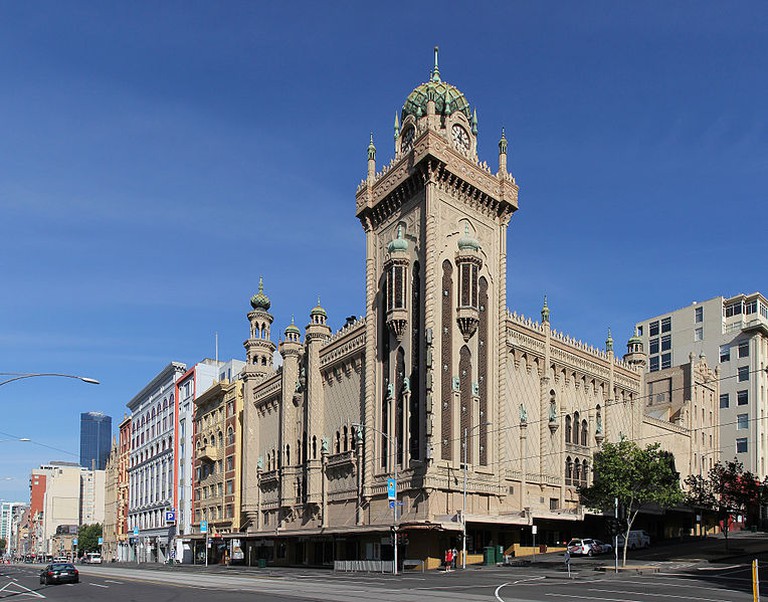 The Esplanade Hotel in St Kilda opened in 1878 and quickly established itself as a prominent Melbourne hotel, with famous guests like Mark Twain. Between 1920 and 1925, the Eastern Tent Ballroom became a jazz venue, and in the 1970s, the Gershwin Room was transformed into a disco, complete with a Saturday Night Fever style dance floor. Nowadays, The Espy supports emerging rock acts, and entry is free except for at a larger gigs. The venue has become a St Kilda icon, with legions of fans. Since 2005 the music trivia show RocKwiz has filmed at the venue, and it has recently undergone renovations. 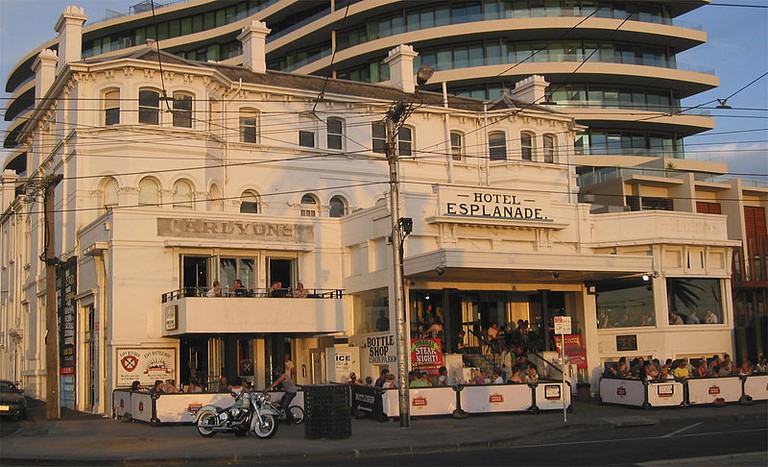