Meet Graham: The Only 'Man' Who Could Survive Any Car Crash 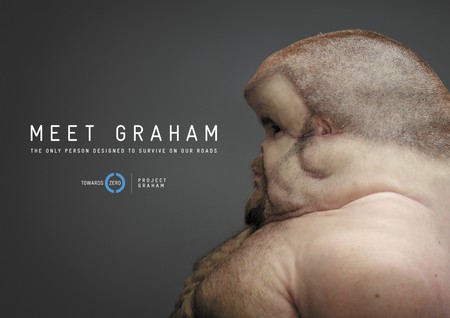 We’ve all had our moments where we believe we are invincible, but sadly, we’re not. Although our body can withstand certain amounts of force before we break, a car accident can either cause serious injuries or be fatal. As part of the aim behind the 2013-22 Victorian Road Safety Strategy by Transport Accident Commission (TAC) in Victoria, Australia, TAC seeks out “a future where every journey is a safe one.” In line with this, a man named Graham has been created to help us understand the vulnerability of the human body.

Australia – and in particular the TAC – holds a long history of hard-hitting road safety adverts, and since 1989, Victorian road tolls have more than halved; however, there have still been close to 9,000 reported deaths on its roads. In 2015, there were a reported 252 deaths, which was up by 1.6 percent from 2014 (248 deaths). Under this initiative, the TAC has shifted from these traditional road safety campaigns in hope that awareness of the extent to which the human body needs to evolve to ultimately survive a crash will help reduce road deaths and injuries.

“Cars have evolved a lot faster than humans, and Graham helps us understand why we need to improve every aspect of our roads system to protect ourselves from our own mistakes,” TAC chief executive officer Joe Calafiore said.

With the belief “that human health is more important than anything else,” the TAC teamed up with Royal Melbourne Hospital trauma surgeon Christian Kenfield, Monash University Accident Research Centre crash investigator David Logan, and world-renowned Melbourne artist Patricia Piccinini to create the interactive lifelike sculpture of Graham. Although our bodies will never look like Graham’s, it is important to understand the extent of change required to save your life. 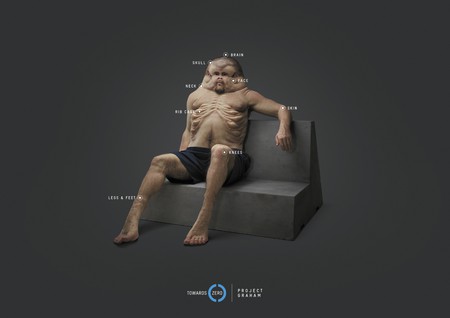 Our brain is the most vulnerable part of our body, and during a car crash, the impact causes the brain to hit the walls of the skull, resulting in damage to the brain. Although the brain is surrounded by cerebrospinal fluids protecting the it from everyday knocks, there is no possible way to strengthen the human brain to prevent damage. For Graham, his brain is just like yours; however, his skull is much larger, containing more fluid and ligaments to reduce internal impact and damage. As our skulls are designed to absorb the majority of the force and fracturing upon impact, Graham’s skull allows it to act more like a helmet. Accompanying the skull are in-built crumple zones that also increase the ability to stop ongoing force. 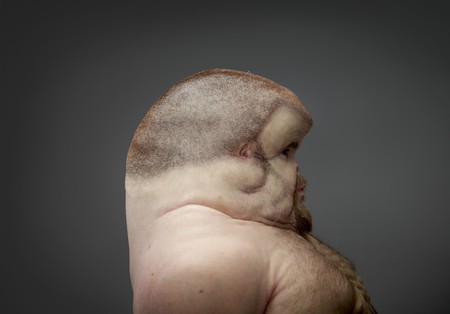 You will also notice that his face has been changed drastically. As our faces are a delicate mix of bone, muscle and cartilage, upon impact with a dashboard, steering wheel, windshield and even shattered glass, our faces are subject to encounter damage to our senses and delicate areas. To protect his face from impact, Graham has a rather flat face, a reduced nose and a lot of fatty tissue. This fatty tissue, alongside his ears being protected by his skull, is designed to absorb the energy upon impact. 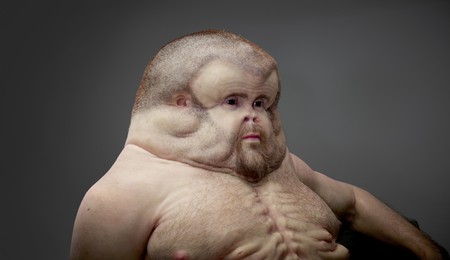 It is common in most car crashes both the driver and passenger(s) will experience whiplash – a sudden movement of the neck jolting forward and back, causing hyperflexion injury and hyperextension injury respectively. This is due to the lack of strength in the neck, and as the spinal cord also journeys through the neck, great damage can occur: from paraplegia to quadriplegia.

“From my discussions I learned that the neck was a real problem. So I just got rid of it,” Piccinini said. As a result, Graham has no neck, with his ribs extended upwards toward the skull as added support and strength. 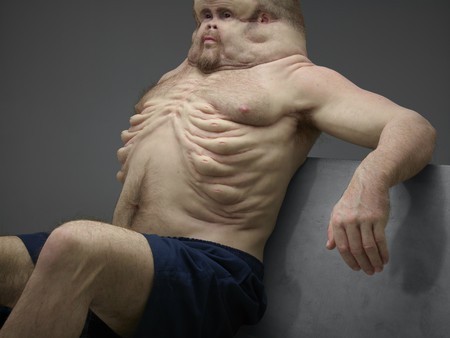 Being the most effective protective measure for the body’s organs, our ribs are known for managing the energy upon impact; however, upon great force, the ribs can break, resulting in a lack of protection and possible damage to the heart and other vital organs. Seat belts are designed to spread the impact force across the ribcage, further inflating in an attempt to stop us hitting the steering wheel and dashboard. Graham’s torso acts as more of an airbag than armor-like, with sacks placed between each rib absorbing the force of the crash.

Although skin injuries aren’t usually life-threatening, after the skin is stripped back to the flesh – causing pain and often nerve damage – the resulting scars act as constant reminders to the victims. As motorcyclists and cyclists are more vulnerable due to minimal protection between the road and themselves, Graham has “thicker and tougher skin to shield and reduce abrasions and road rash.” 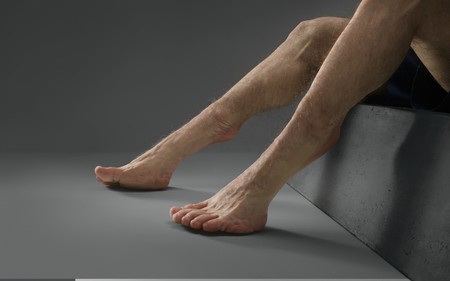 Our legs, knees and feet are prone to a variety of injuries; however, the extent of the injuries is based on many variables – from the speed, height, size of vehicle and the angle of the impact – often causing long-term debilitation. As our knees are intended to only bend in one direction, Graham has extra tendons allowing his knees to bend in other directions, decreasing the likelihood of being injured. Alongside these knees, he has strong, hoof-like legs featuring extra joints allowing further flexibility.

To help understand Graham’s body, this installation features the latest immersive reality technology, Google Tango. Being the first in Australia to use this, Victorians will be able to look beneath his skin and understand how his body is made. 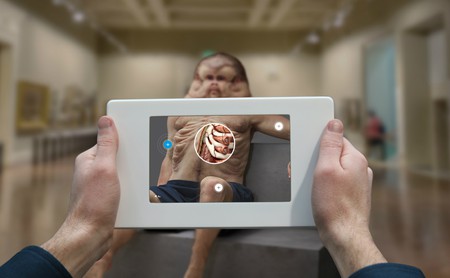