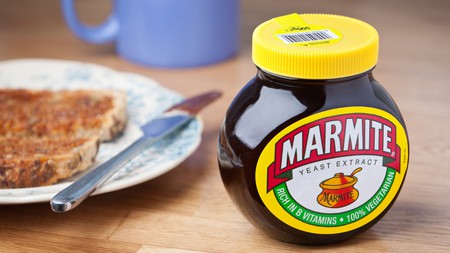 Marmite and Vegemite share plenty in common — they’re both made of beer brewers’ yeast extract, they both have a dark black colour, they both come in iconic glass jars with a yellow lid and red logo, and they both have an intensely salty flavour that shocks first-time tasters who haven’t grown up on the stuff in Britain and Australia. So what’s the difference between the two? Where to start…

Marmite — named after a type of French cooking pot — was discovered in the late 19th Century by German scientist Justus Freiherr von Liebig, the so-called “father of the fertilizer industry” who also trademarked the Oxo stock cube. The Marmite Food Extract Company then started bottling the black paste in Burton upon Trent in 1902 and opened a second factory in London in 1907, before a milder version was exported to Australia and New Zealand, and the spread — rich in Vitamin B — was added to soldiers’ rations during World War One.

Like so much of Australian culture, Vegemite was basically a rip-off of the British original. A Melbourne chemist by the name of Cyril Percy Callister developed Australia’s own salty black paste in 1919 after Marmite imports were disrupted by the War, using offcuts from the Carlton & United Brewery blended with salt, celery and onion extracts. 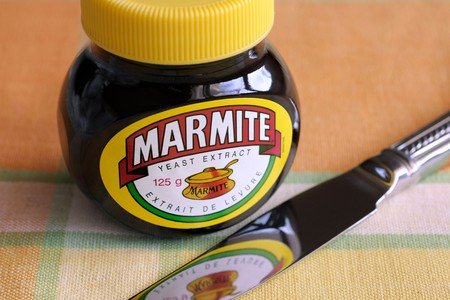 The flavour of both spreads can be summed up in two words: ‘strong’ and ‘salty’. But they’re definitely not just the same product badged in a different jar. The first thing you notice is the appearance — Vegemite is jet black with a thick texture similar to other pastes like peanut butter, whereas Marmite has more of burnt brown colour and a more syrupy consistency, like honey or molasses or melted chocolate. And there is a slight difference in taste — Vegemite is more intensely gobsmacking than Marmite, which has a milder flavour and even a slight sweetness compared to its meatier Aussie cousin.

The black stuff makes Vegemite virgins’ eyes water, but the problem with those taste tests is that rookies slather it on like jam or mayonnaise — both spreads should be lightly scraped on to a buttered slice of toast or bread, not spread on an inch thick, or used to add saltiness to dishes like bolognese or Scotch eggs. In the UK, Marmite’s sometimes added to boiling water to make a hot drink like Bovril, or paired with cheese in sandwiches (and even pizzas). Aussies are also keen on their Vegemite with cheese — particularly in knotted bread, known as a ‘cheesy-mite scroll’ — as well as with smashed avocado, the nation’s most divisive dish. 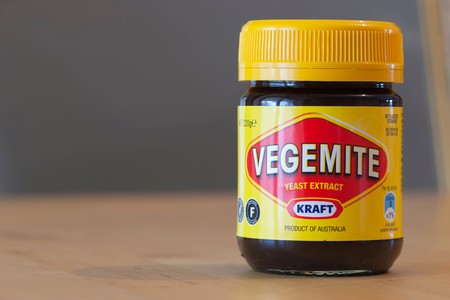 Marmite’s early advertisements made the most of its Vitamin B, cashing in on the healthy reputation the brand earned during the War. In the 1980s, an army platoon chanted the slogan “My mate, Marmite,” and by the ‘90s, the brand embraced its divisive nature with the “Love it or hate it” campaign. The adjective ‘marmite’ has even entered British dictionaries, “used in reference to something that tends to arouse strongly positive or negative reactions rather than indifference.” 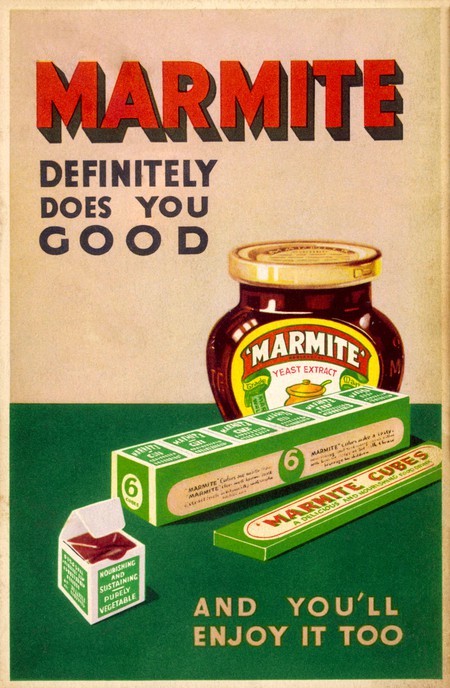 Down Under, Vegemite produced one of the most memorable jingles in Australian advertising history in the 1950s: ‘Happy Little Vegemites’, a ditty so catchy it’s still being repurposed for commercials seven decades later. The beloved brand hasn’t been immune from a PR disaster, though — Australians still haven’t forgiven the atrocity that was iSnack 2.0, a blend of cream cheese and Vegemite that was hooked from shelves after just four days because of the public outrage over the desecration of this Aussie icon.