How to Celebrate Christmas in Sydney, Australia 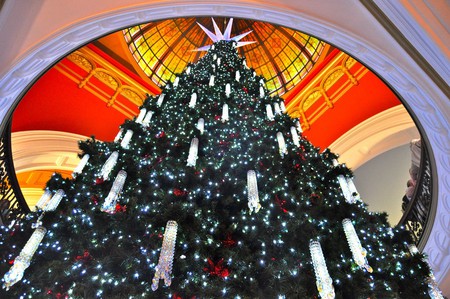 Just because Sydney doesn’t have a white Christmas like the Northern Hemisphere, that doesn’t mean we ditch every traditional Noel custom. The streets of Sydney sparkle with Christmas lights, whiff of Christmas trees and sound like Christmas carols… but we also make sure to throw in a few uniquely Australian Chrissy customs, too. Check out out advice for celebrating Christmas in Sydney, Australia.

Yuletide festivities kick off on Saturday November 25 when Santa Claus and Sydney’s Lord Mayor light the giant Christmas Tree at a family concert in Martin Place. Santa will arrive in a cycle-drawn sleigh to turn on the lights before a huge line-up of family entertainment takes the stage then a fireworks display ignites the summer night’s sky. 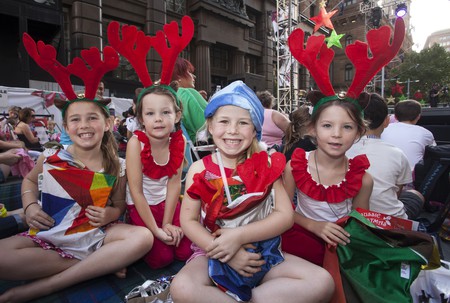 If the tree in Martin Place doesn’t carry quite enough bling for your taste, head to the ornate Queen Victoria Building near Town Hall to gawk at the 24-metre QVB Swarovski Christmas Tree adorned with 82,000 Swarovski crystals and 65,150 lights — 6.5 tonnes of opulence spanning all three floors of the elegant mall. 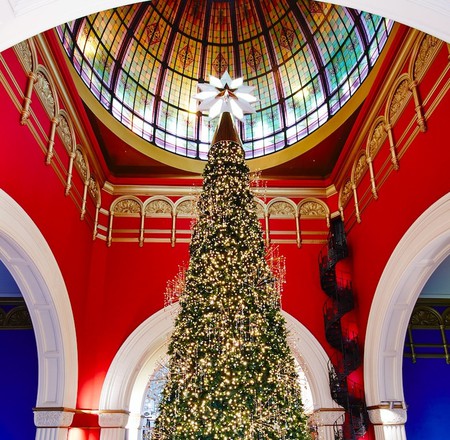 You can also visit Santa Claus in the QVB’s whimsical Enchanted Garden in the lead-up to Christmas. 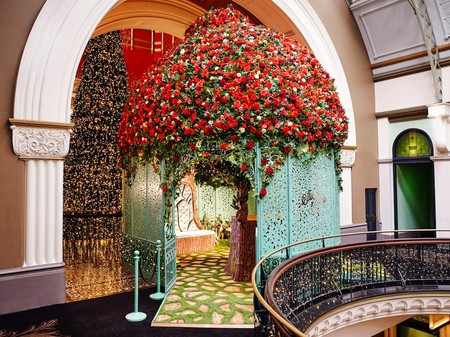 You won’t have to search too hard to find a rendition of Rudolph the Red-Nosed Reindeer around Sydney in December. Tens of thousands of Sydneysiders will flock to Carols in the Domain next door to the Royal Botanic Garden on Sunday December 17 for Australia’s largest free annual concert, where celebrities perform their favourite festive tunes. 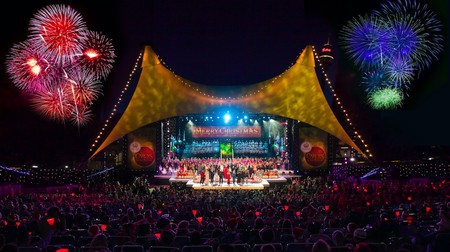 Christmas on the Green on Saturday November 25 in nearby Hyde Park North is another popular family event, while Carols in the City brings choirs to perform under the Martin Place tree every day from Sunday November 26 to Christmas Eve, and shoppers at Pitt Street Mall can also look forward to some toe-tappers during late night shopping every Thursday night.

The recently renovated Pitt Street Mall isn’t just a good place to catch some carols, it’s also Sydney’s premier shopping precinct. The 200-metre pedestrian strip features all the big brands and labels as well as 400 speciality stores that will fill up your stocking quick smart. Also make sure to check out the Christmas window display at the David Jones store opposite St James Station, which each year tells a different Yuletide story to admirers young and old. 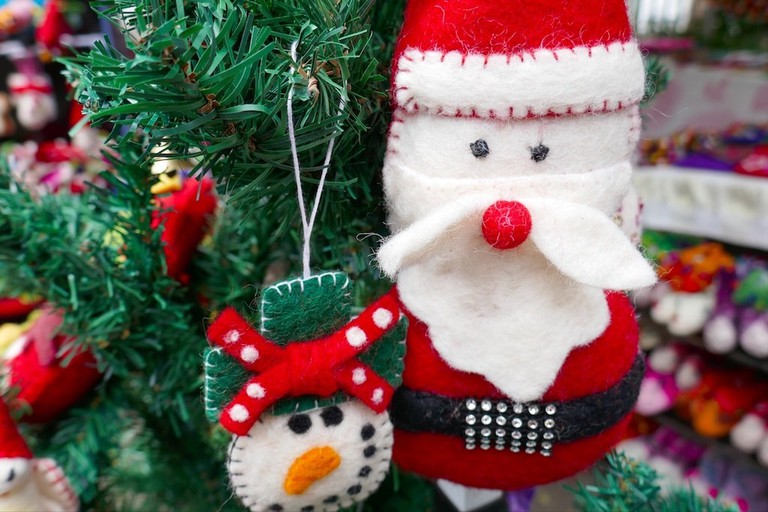 Although summertime Sydney doesn’t play host to European-style mulled wine and nutcracker Christmas Markets, the Harbour City does boast its own array of markets to pick up a present for the big day. Discover the gourmet gifts, fresh produce and hand-crafted knick-knacks at the Rocks Markets, the Finders Keepers Market at Barangaroo, the Carriageworks Christmas Market in Eveleigh and the ever-popular Glebe Markets in the inner-west.

Sydney Town Hall glows red and green in December, and the whole of the city centre sparkles with a liberal coating of fairy lights. In particular, Martin Place is illuminated with thousands of LED lights to accompany its towering tree, and Pitt Street Mall is transformed into the Boulevard of Light, with a canopy of twinkling lights and suspended Christmas trees hovering above shoppers’ heads. 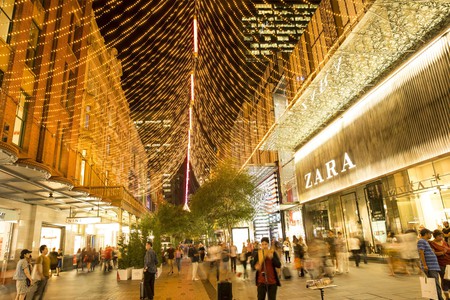 Certain neighbourhoods around Sydney take their light game to another level, including Borgnis St in Davidson, Hodge St in Hurstville, Sydney Road in Hornsby Heights and Second St in Ashbury.

Almost all businesses are closed on December 25 but Sydney’s hottest attractions — our beaches — remain open, and are blanketed with families escaping the heat by the seaside. At home, Christmas lunches are filled with more summery fare than you’d expect in the cooler climes of the Northern Hemisphere — ham and turkey is still common but more likely to be served cold, and is usually accompanied by prawns, fresh fruit (particularly mangos and cherries) and classic barbecue favourites, plus a pavlova rather than a tradition plum pudding for desert.