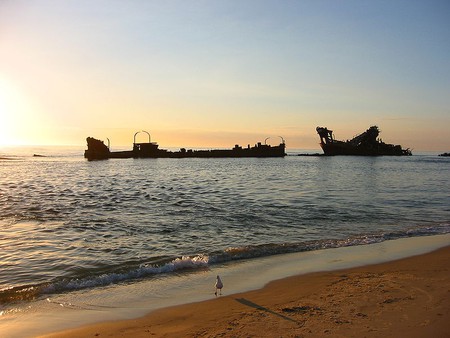 Ship wreckages make for fascinating dive sites and become home to scores of marine life, but beneath the twisted hulls the stories behind the many ill-fated voyages are revealed. There are hundreds of shipwrecks in Australian waters, and as such, here are some of the country’s most disastrous maritime accidents, many of which have become opportune dive sights.

The SS Yongala was en route from Melbourne to Cairns when a cyclone sank the steamer in March 1911 off Cape Bowling Green, in the Great Barrier Reef. All 112 passengers and crew were lost, including captain William Knight and the racehorse Moonshine. Cargo began to wash up on beaches along the coast and the only body found was that of Moonshine. After the loss, stories of a ghost ship sailing between Bowen and Townsville began to surface, but it wasn’t until 1958 that the wreckage was discovered by Bill Kirkpatrick. The intact ship lies on its starboard side, 30 meters under the surface and is 107 meters long. 10,000 divers visit the wreck each year and the ship has become an artificial reef home to 122 species of fish, which strangely is same number of lives lost. The wreck attracts giant groupers, marble rays, barracuda and bull sharks, and is the most famous shipwreck in Australian waters. 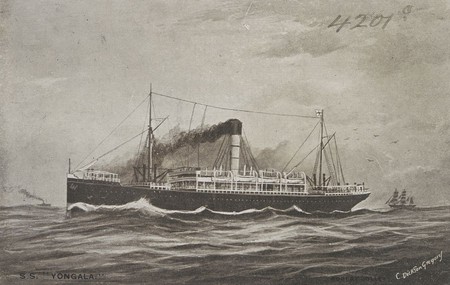 Captain Gibb, a crew of 17 and 37 passengers left England on the 1st of March 1878 for Melbourne, but heavy fog blinded them as they approached their destination and on the 1st of July they ran aground on a reef. Falling masts and rigging claimed the first lives and within 15 minutes the ship had sunk. The only survivors were Eva Carmichael and crewmate Thomas Pearce, both 18 years old at the time. Amongst the cargo on board were luxury goods including a porcelain peacock destined for display at the Melbourne International Exhibition in 1880. Extraordinarily, the peacock was recovered in perfect condition and is now on display at the Flagstaff Hill Maritime Museum in Warrnambool. The 80 meters long wreckage lies at the bottom of Mutton Bird Island near Port Campbell and although the bow is intact the stern has never been recovered. The site can only be accessed in calm conditions and is best visited in March, April and May. 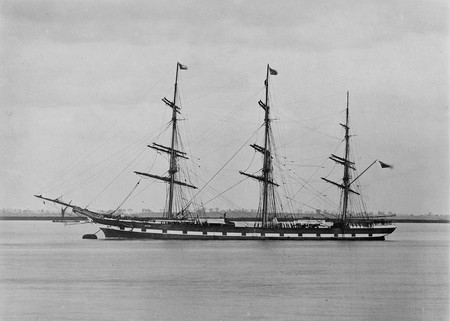 An Australian Hospital Ship was attacked and sunk by a Japanese submarine on the 14th of May 1943. At approximately 4:10am, while most of 332 medical personnel and crew slept, a torpedo struck the oil fuel tank on the port side, setting the ship ablaze. Centaur sank bow first within three minutes of the attack and there was no time to deploy lifeboats. Many were killed by the fire, while others were taken down with the ship or died later from burns. After 36 hours in the water, 64 people were rescued by the USS Mugford, including Sister Ellen Savage and Dr. Leslie Outridge. In 1944 Ellen Savage, the only nurse to survive, was given the George Medal. The attack was declared a war crime and the Australia government created posters asking civilians to ‘Avenge the Nurses.’ In 2010 the wreck was discovered 30 nautical miles east of Moreton Island in South East Queensland.

The SS Admella, a passenger steamship, left Port Adelaide on the 5th of August 1859 on her final voyage before retirement. In the command of Captain Hugh McEwan, the ship was meant to take her usual route to Melbourne, but a day after departing Admella struck a submerged reef off Carpenter Rocks in Mount Gambier, South Australia. Within 15 minutes the ship had split into three sections. Many clung onto the wreck for over a week, but numbers dwindled as exposure to the cold, dehydration, and sheer exhaustion claimed the lives of 89 people including 14 children and four racehorses. Of the 133 passengers only 24 survived. Rescue boats unsuccessfully attempted to reach the wreck, but eventually the lifeboat Portland was able to save the remaining few who were alive. The lifeboat is on display at Portland Maritime Discover Centre. The incident remains the largest loss of life in the history of European settlement in South Australia.

Off the coast of Albany, in Western Australia lie the remains of the HMAS Perth. The light cruiser aligned with the USS Houston during the World War II Battle of Sunda Strait and both were destroyed by the Imperial Japanese Navy. After surviving the Battle of Java Sea on the 28th of February 1942, Perth sank on the 1st of March the same year, after being hit by four torpedoes. 353 of the 681 sailors onboard were killed, including the captain and a cat named Red Lea. Ally Houston sank approximately 20 minutes after Perth. Four of the 328 survivors who reached the shore died, while the others were captured as prisoners of war. After the war ended, those who had survived detention were repatriated. In 2013, divers discovered that much of the shipwreck’s structure had been stripped off by Indonesian marine salvagers. Home to plenty of fish, the wreck is popular with divers, snorkelers and swimmers, and humpback whales have been known to pass by. 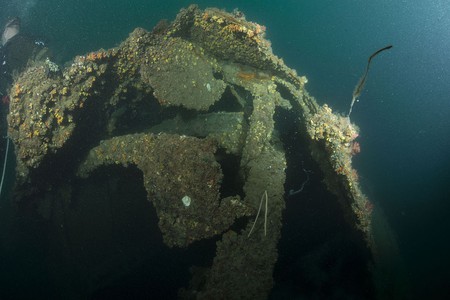 Setting sail on her maiden voyage in 1629, the Batavia was destined for the Spice Islands, but on the 4th of June the ship struck the Morning Reef on the Houtman Abrolhos Islands. Of the 341 on board, 40 drowned, but excessive munity killed many more. After the ship was abandoned, the passengers travelled to a nearby island, but upon discovering that the island had no supply of fresh water a small group commenced the harrowing 33 day journey to Jakarta in a longboat in search of help. When Commander Francisco Pelsaert returned to the island with a ship given to him by the governor general, he uncovered a mass murder ordered by his skipper. Mutineers had taken the lives of 110 men, women and children out of pleasure and boredom. Those responsible were tortured, executed and one cabin boy was marooned in Australia. Only 68 people ended up surviving the trip. Artifacts can be found at the Western Australian Museum, Geraldton and Shipwreck Galleries, in Fremantle. 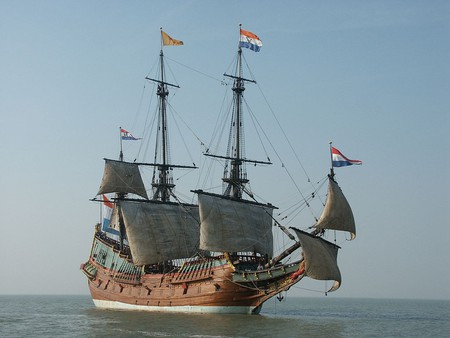 Maria was a sailing ship, which left Port Adelaide on the 20th of June 1840 for Hobart. Carrying 25 passengers including men, women and children, the ship was wrecked on Cape Jaffa Reef after being blow off course. All passengers made it to shore where they were met and helped by Aborigines, as they traveled toward Encounter Bay along the Coorong shoreline. Before reaching their destination, an Aboriginal group massacred all passengers, burying them in the sand, and when word traveled to Adelaide a search party uncovered the bodies and two weddings rings. The story of the Maria is still told by Aboriginal elders. The hull of the ship was never found, but parts of the wreck washed up on Lacepede Bay and rumors continue to circulate that the ship was carrying the equivalent of $1.5 million English gold sovereigns. These rumors persist as coins have been found scattered throughout Coorong National Park, in the stomachs of fish and along the shoreline. 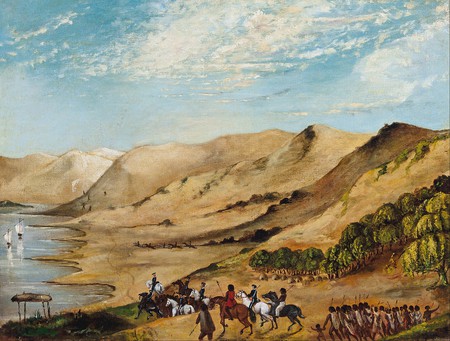 Major O'Halloran's expedition to the Coorong, August 1840 | © WikiCommons
Give us feedback