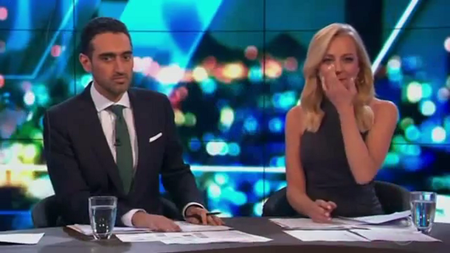 In March 2015, when The Project presenter Carrie Bickmore won the Gold Logie – the most prestigious award in Australian television – she stepped onto the stage and pulled on a beanie in honor of her late husband Greg Lange who died of brain cancer in December 2010. Having already won the award for Most Popular Presenter earlier in the night, Bickmore chose not to thank everyone again but to instead use her two-minute acceptance time to raise awareness for the disease, saying that “every five hours someone is diagnosed with brain cancer and eight out of 10 people who are diagnosed will die from brain cancer.” Bickmore went on to encourage her peers and the public to don a beanie in support of the cause. 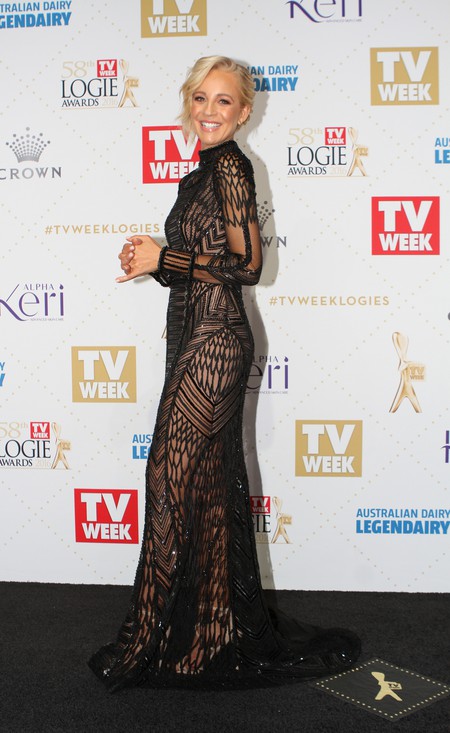 By November 2015 she launched Carrie’s Beanies 4 Brain Cancer with the goal of raising $1 million for research into one of Australia’s most underfunded diseases, and on Monday night’s episode of The Project Carrie announced that the target had been met.

‘Because of your generosity we have reached our million dollars, 1.1 million,’ she announced as the balloons and streamers fell. Carrie even apologized as the charity has sold out of beanies saying, ‘I completely underestimated how many people would want the beanies and I under-ordered, so I’m so sorry if you didn’t get a beanie. Next time we’ll order three times as many.’ Fellow panellist Peter Helliar went on to reveal just how ‘hands on,’ Carrie is with the charity, having heard her taking phone calls from manufactures, truckies and customs officers.

As Carrie spoke about the charity and support received, images of people wearing the beanies flashed on screen before forming a collective collage of her late husband, Greg.

The money will go towards research with a grant of $250,000 already donated to a research program conducted by the Neuroscience Foundation.