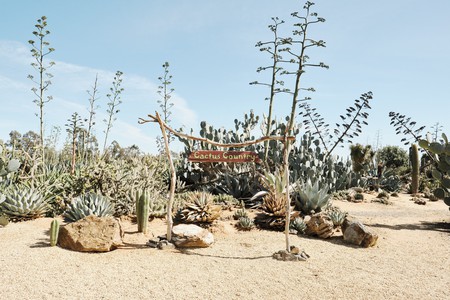 Cactus Country is home to 4,000 species of cacti from all over the world | © Keaton Goode / Culture Trip

When farmer John Hall sold his cactus collection to his son Jim in 1979, he never could have imagined the plants appearing in Chinese wedding photos more than four decades later. But after 40 years of toil, countless spine pricks and a few stunning snaps on WeChat, Cactus Country – a 4.8-hectare (12-acre) garden of spiky succulents a three-hour drive north of Melbourne – has become one of Australia’s most photogenic destinations.

“We’ve had couples come from China with their wedding dress – they fly into Melbourne, drive up here, do the photographs, and then fly back to China,” Jim Hall tells Culture Trip. “The first time that happened, my mouth just dropped. I could not believe it. I thought we’d made it then, but it’s just grown since.” 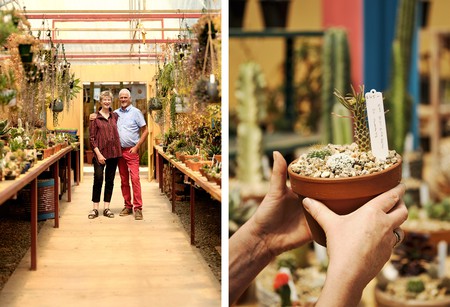 Jim and his wife Julie – who married three months after Jim bought his dad’s crop of cacti – now welcome thousands of visitors a year to Australia’s largest cactus garden in the tiny town of Strathmerton near the Murray River. Jim first saw the potential almost half a century ago following his travels to the UK in his 20s – even if his old man didn’t.

“I said to him when I came back from England, ‘Gee, we really should start a cacti garden – you know, you could build a great tourist thing with this,’” Jim recalls. “And he’d go, ‘Nup, it would never work.’ He was a little wrong with that!”

Cactus Country might be located about 14,000 kilometres (8,699 miles) from the Wild West, but it feels like the backdrop of an old John Wayne movie. 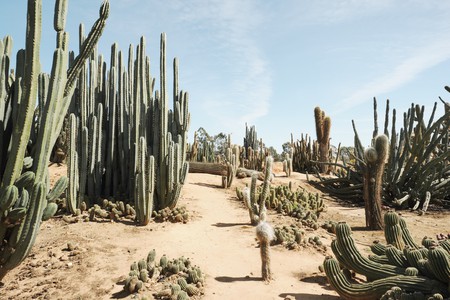 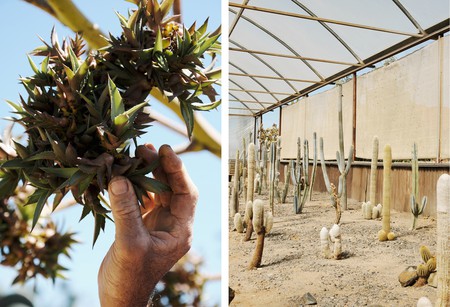 Jim Hall planted his first succulent on this property – originally a peach orchard – in 1983, before buying the rare cactus collection of South Australian green thumb Ed Kroemer a year later. The garden eventually opened to the public in 1988.

“It was very small,” Jim recounts. “Our first sales area, for instance, was a fridge turned upside down. Our first garden would’ve been half an acre – it’s now 12 acres and spreading.”

Back then, Jim grew vegetables to pay the bills while landscaping the cactus garden as a side hustle. Although drought slowly roasted his 64.7 hectares (160 acres) of crops, his prickly plants were more hardy to the bone-dry conditions in the Murray-Darling Basin.

“Climate change had started to really affect us – we lost complete crops when the heat hit,” Jim says. “If it really starts to affect cacti, God help us all!”

And succulents weren’t the only things flowering. With social media in full bloom, platforms such as Instagram and WeChat introduced Cactus Country to a whole new audience.

So, as the veggie patches wilted, plus Jim and Julie’s son John taking care of the business side of things, the focus shifted towards tourism. 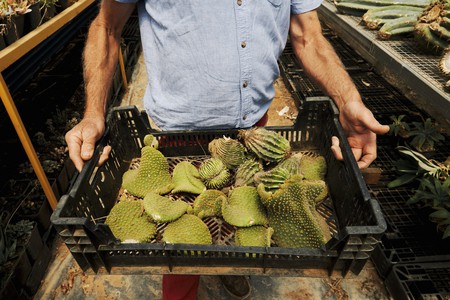 Today, the Halls welcome more than 200 visitors on a good day – the majority of them from Asia.

“Social media’s been the secret to our success,” Jim says. “In the first 15 years, the cacti weren’t that big – it’s only now that they’ve got quite big and sculptural that you have that ability to take these great photographs, so that’s why it’s just happened now. Social media has become huge, and posting photos, of course, is what promotes you.”

Julie adds, “Photoshoots have become a huge thing – people doing fashion shoots, and wedding shoots, and furniture. We’ve had some big brands like Myer and Samsung. We had three different photoshoots on Saturday, among all the customers that came, so it’s pretty full on.”

Photographers – both amateur and professional – are drawn to the 4,000 species spread across eight different walking trails, which each transport visitors to a different part of the globe, such as the Wild West, the Sahara Desert or the foothills of the Andes.

The layout, according to Jim Hall, is designed to capture the “natural experience of feeling like you were in the desert”. 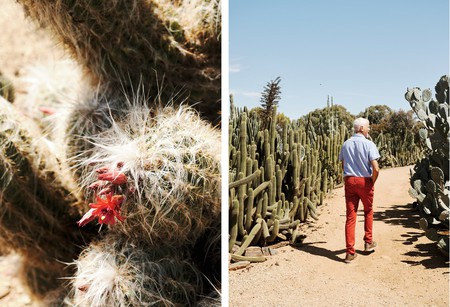 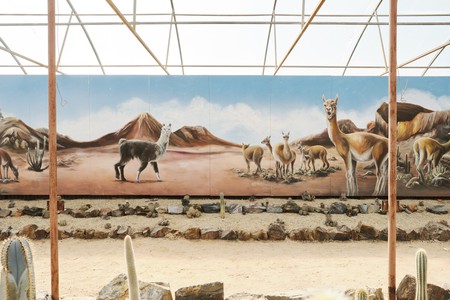 “One of the things my father taught me about landscaping was that you never leave everything open so you can take in the whole thing in one go,” he says. “You always make it so that when you walk around the corner, there’s another surprise awaiting you.”

As well as succulent species sourced from every corner of the globe, Jim has propagated 400 to 500 unique hybrid specimens himself. He specialises in crosses of the Trichocereus species – better known as the San Pedro cactus, famous for its psychedelic qualities – which are in vogue among landscapers at the moment.

But given it takes the Trichocereus cacti years to produce their towering branches, Cactus Country’s 20-year-old specimens are uniquely impressive. And these creations are especially spectacular on the Saturday night sunset tour, a torchlit stroll beneath the stars. 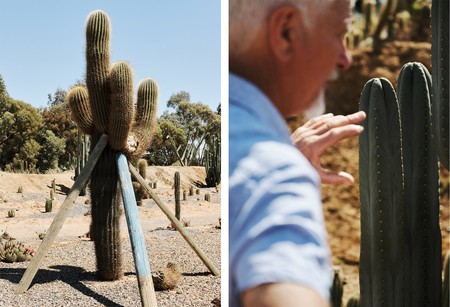 “Imagine the stems of the cacti – there are thousands of them,” Jim says. “And as you move along with your flashlight, you see different groups of cacti limbs and cacti stalks going up, and it’s a whole different thing – it’s just a totally different experience.”

And so is sinking your teeth into one. Perhaps the most unusual part of a visit to Cactus Country is the menu of the Mexican-themed bar and restaurant, which serves cactus cake and cactus ice cream, washed down with an icy cold bottle of cactus cider.

The cider is a collaboration with Shepparton craft cidery The Cheeky Grog Co down the road, and the Halls even flirted with the idea of distilling their own tequila from the agave planted in the garden. However, that process was too time-consuming now that thousands of tourists are knocking on their door. 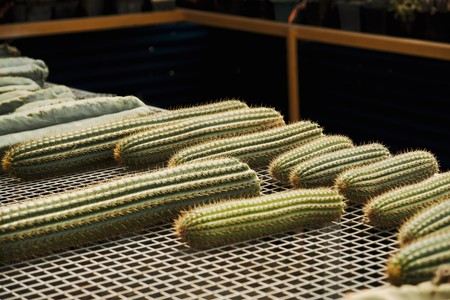 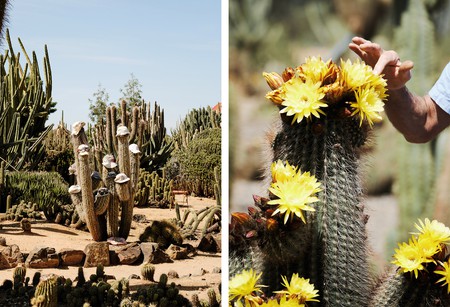 The cake is made from the pads of the Opuntia cactus, known as nopal in Mexico, although the exact recipe is a closely guarded secret.

“People often ask if they can have the recipe, but I haven’t really shared it,” says Julie, like Colonel Sanders protecting KFC’s secret herbs and spices.

“It’s a bit like a carrot cake base with the nopal mixed in, and then it’s served with a cream cheese icing and an orange syrup over the top. It’s really yummy. Everyone loves it.

“The cactus ice cream is from the fruit of the cactus. We’ve got three different types of fruit that come in at different times of the year, so it’s really whatever’s available. We just make a syrup out of the fruit and then turn that into the ice cream.”

Cactus Country is located on the Murray Valley Highway near Shepparton, a three-hour drive north of Melbourne. It’s open seven days a week from 9am to 5pm, and entry costs 17.50 Australian dollars (£9.40) for adults. 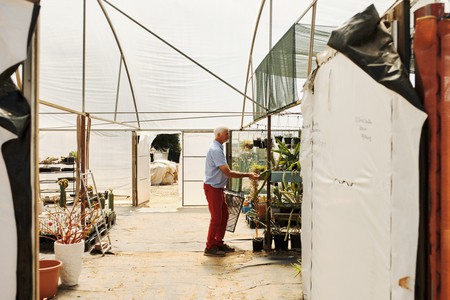