Body Art and Nature: The Works of Artist Emma Hack 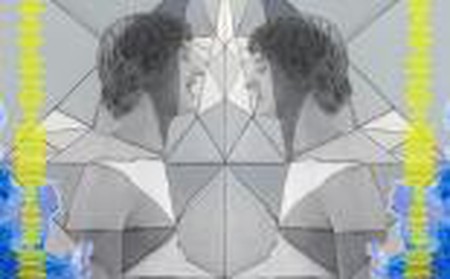 With her career spanning over 20 years, Australian artist Emma Hack has become renowned for works of art that combine nature, wallpaper design and the shapes of the human form. In these beautiful works, Hack creates playful dialogues between the bodies of her muses and their painted surroundings. 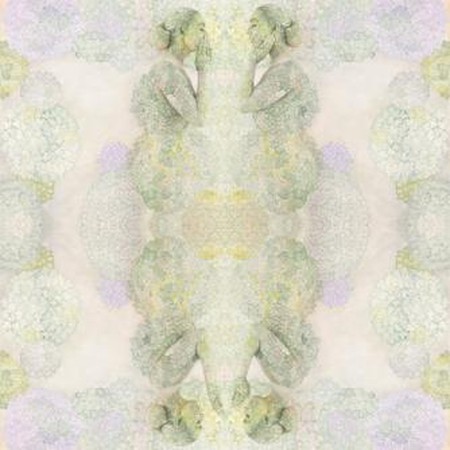 Multi-talented in her conquests, Emma Hack has specialised in face and body painting for over 20 years. She began her career in Adelaide as a makeup artist, hairdresser and children’s face painter, later moving onto body painting. Her varied skills today enable her to create incredibly detailed works of art, which seamlessly merge the contours of the human body with the painted designs, which often take inspirations from nature. Having previously used experienced photographers to capture her works, Hack has recently taken to photography herself, and exhibits her ability to successfully experiment with a range of creative outlets.

By merging components of high art, design and body painting, Emma Hack has created a type of body art that is innovative and incredibly detailed. Her wide collection of works are seen to take influences ranging from popular culture (POP!), to personal memories and experiences (Mirrored Whispers), to the bold designs of the 1960s and her discovery of renowned designer Florence Broadhurst. The influences from Broadhurst’s works can be seen in Hack’s more recent Wallpaper editions. Hack’s brightly coloured pieces are bursting with ideas from nature and promote styles of design affiliated with this, such as the Art Nouveau movement. She has been working with the technique of combining body painting with fine art since 2005, and has since reached a new level of maturity and ingenuity. 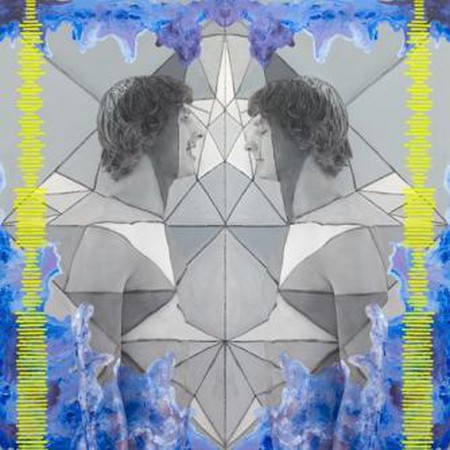 For the 2011 music video Somebody That I Used to Know, director and producer Natasha Pincus hired Emma Hack to paint the bodies of musicians Wally De Backer (Gotye) and Kimbra. The music video was an instant hit, and since becoming viral has been viewed by over 200 million people worldwide. Using film and stop animation to create an incredible sequence of body art, Hack builds upon the background image, painted by Howard Clark, onto the bodies of the two singers. The video begins with neutral skin tones, with the camera spanning over a bare-bodied Gotye. The wall before which he is stood gradually crawls with plant-like lines, creating spaces that are in turn filled with muted serene colors. These lines and colors are seen to grow slowly onto the skin of De Backer, maintaining the painterly style of the wall behind. 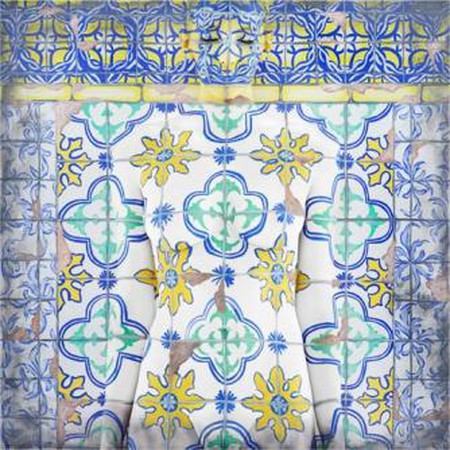 As the camera pans out, we see Kimbra camouflaged against the backdrop, and her body contorts to fully expose its existence within the space. The relationship between Gotye and Kimbra, as described in the song, is seen to be portrayed through the physical connection between their bodies and the painting. As Kimbra leaves the relationship, the paint on her body recedes, leaving her back bare at the end of the film. The design itself was inspired by Wally De Backer’s father, Frank De Backer, and his visual works from the 1980s. The video took a total of 23 hours to complete, and although a commercial piece, it stands out as having very personal overtones. Following the video, Hack created a portrait of Gotye, which was auctioned at ART Melbourne and took inspiration from the video for its design. 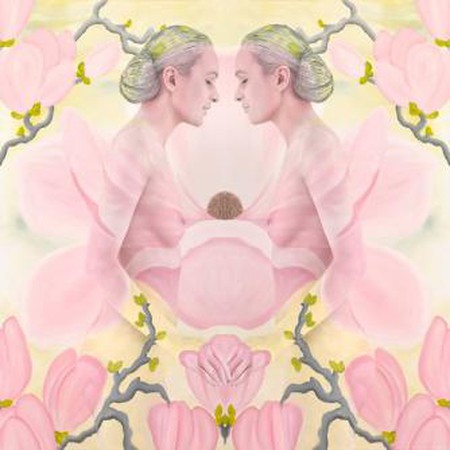 Growing up in South Australia, Emma Hack benefited from one of the most naturally diverse parts of the country. Rolling vineyards and fields set against vast skies, and contrasted with the surrounding desert landscapes make South Australia an ideal place for inspiring creativity. Having admitted to a direct influence from growing up in such beautiful surroundings, Hack uses natural shapes in her works along with the physical forms of her selected muses. Her pieces are bold, detailed and carefully executed. They playfully experiment with bodies which are camouflaged against diverse backgrounds containing both bold shapes and delicate floral designs. The bodies are sometimes completely hidden, while at other times are partially exposed to trick the viewer’s gaze into seeing clothes, as seen in Wallpaper 50s from her Wallpaper 05 collection. Often including animals, in particular birds, Hack’s wallpaper works for which she has become widely recognized can be seen to emphasize the immersion of nature and beauty in art.

Over the years Emma Hack has expertly and skillfully created prints which have led her to become progressively revered as an artist and body painter; 2001 saw her win the first prize award at the CIDESCO World Congress Professional World Body Painting Championship in Hong Kong. She has also released her first book, Wallpaper Collection 2005-2010 which contains high quality images from this edition. Today her works are highly sought after, and with only 1000 copies of her book available, they are surrounded by the sought-after aura of high art.