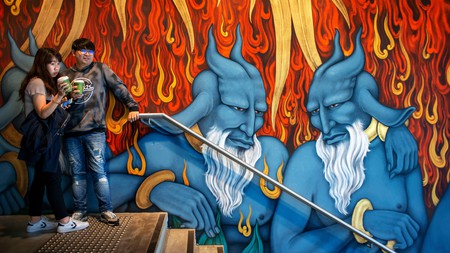 The Biennale of Sydney has been showcasing art from near and far since 1973. It acts as focal point to explore large, traditional art venues and unusual, lesser-known spaces – as well as artists from all over the world. These days it’s an event that’s impacted Sydney’s art scene in more ways than one. To get an insider’s take on the event, Culture Trip spoke to the people who make it what it is today. 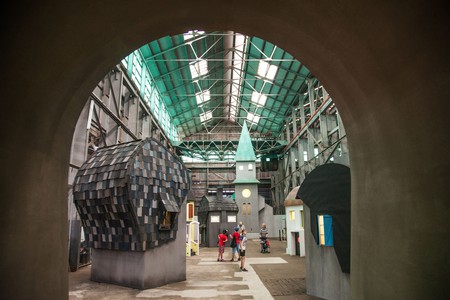 Coinciding with the opening of iconic Sydney Opera House, the Biennale of Sydney was the first exhibition of its kind in the Asia-Pacific region and is now one of the longest-running exhibitions in the world. Every two years, venues across the city throw open their doors to national and international artists. During its time, the Biennale has showcased the work of almost 1,800 artists from more than 100 countries. Led by critically acclaimed artistic directors, curated by experts and enjoyed by locals and visitors alike, the event offers exhibitions themed to explore movements, topics and thoughts that shape the times we live in through art.

Walk the streets of Sydney and its long-standing history of art and creativity soon becomes evident. From grand, prominent venues such as the Art Gallery of New South Wales and Museum of Contemporary Art to smaller galleries such as Surry Hills’ Brett Whiteley Studio and Olsen Gallery tucked away in Woollahra to Carriageworks, with its ever-changing large-scale exhibitions, it’s a city packed with diversity. It’s not confined to traditional art spaces either, as Sydney’s streets are filled with artistic expression. Bondi’s beachside murals, Caroline Rothwell’s sculptures The Youngsters that can be found dotted around the Central Business District and Redfern’s 40,000 Years mural that depicts the history of Aboriginal life are just some of the many iconic works of art that illustrate Sydney’s rich cultural landscape. 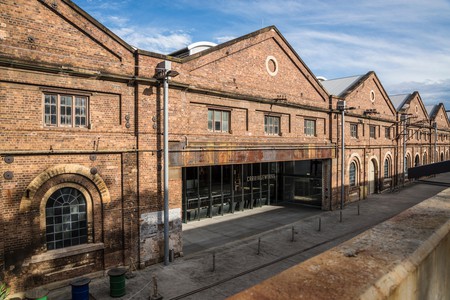 How the Biennale of Sydney has impacted the city

Isobel Parker Philip is senior curator of contemporary Australian art at the Art Gallery of NSW. She’s also the coordinating curator for the Biennale of Sydney at the gallery and worked closely with Brook Andrew, the artistic director of the 22nd Biennale of Sydney, NIRIN (meaning ‘edge’ in Andrew’s mother’s Nation, the Wiradjuri people of central western New South Wales). For Parker Philip, the Biennale has played a large part in shaping Sydney’s art scene as a whole. “The exhibition has been a galvanising force since 1973,” she says. “It places Australian art within the context of broader international artistic discourse and prioritises an engagement with the historical realities of this place, as each artistic director grapples with the exhibition sites.”

She believes it will continue to do so – and have a larger impact on society, not just the art world. On the 22nd Biennale, which is First Nations-led, Parker Philip says: “The way Brook is emphasising First Nations narratives within the framework of the exhibition is critical and will have lasting impact. Brook has emphatically prioritised First Nations voices from Australia as well as First Nations artists from around the world, unearthing hidden histories, asserting the importance of self-representation and empowering narratives of survival. The expansive public program that has been developed for the exhibition, NIRIN WIR, provides space for important dialogue across distinct contexts.”

For Michael Dagostino, director of Campbell Town Arts Centre (C-A-C), the Biennale of Sydney has put “Sydney and Australia on the world stage. Not only does it attract international visitors, it also creates an accessible platform for local communities to engage in global discussions. The Biennale invigorates Sydney through art. Going back to the theme NIRIN, at C-A-C we use the edge as our starting point within our programming to connect audiences and artists in South West Sydney to broader communities while always respecting Aboriginal people, their cultural values and protocols.” 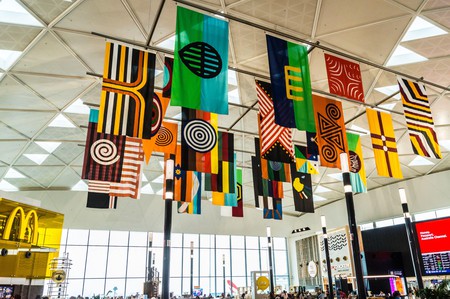 The Biennale has impacted art around the city, such as this First Nation flags installation at Sydney’s airport | © Mark Dunn / Alamy Stock Photo

The Biennale of Sydney locations

The Biennale of Sydney is showcased in venues across the city. The Art Gallery of NSW – which dates to 1871 – has been a staple part of the exhibition for years. Parker Philip says of the collaboration: “The Biennale of Sydney is an important part of our program; manifesting the vision of each artistic director, each edition gives shape to new perspectives and focuses a lens on pressing contemporary concerns. We are so excited that this year Brook has chosen to engage directly with our collection and the historical architecture of the institution, situating his Biennale presentation through our Grand Court galleries. The dialogue that extends between these historical works and the contemporary interventions is set to be both dynamic and powerful.”

Alternative exhibition venue Artspace, which has played a role in many Australian artists’ careers (such as Tracey Moffatt and Shaun Gladwell) over the years, also has a prominent place on the Biennale schedule, as does the National Art School and the harbourside Museum of Contemporary Art.

A slightly more unusual venue for such a large art exhibition is Cockatoo Island, a UNESCO World Heritage site in Sydney Harbour with a unique history of its own. Traditionally inhabited by Indigenous Australians, it operated as a convict penal establishment in the 1800s after European settlement before becoming the site of one of Australia’s biggest shipyards. Now it’s a place to explore and learn and – during the Biennale – discover art from around the world. 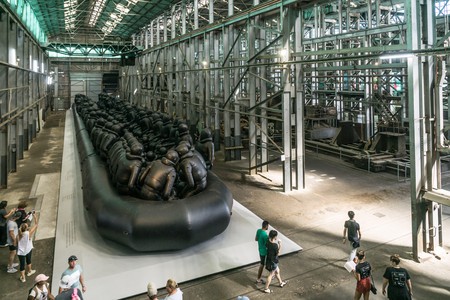 And then there’s C-A-C, farther out from Sydney’s CBD. Dagostino says he’s excited to “draw new crowds to South West Sydney and simultaneously place a focus on our local community and C-A-C’s vibrant and important programming” during the Biennale, which promises to “enable First Nations’ stories and experiences to be at the forefront, to provoke and encourage new dialogue that connects to local communities”.

For more information on the Biennale of Sydney, visit biennaleofsydney.art