Australians React to Being Told to Eat More Kangaroos 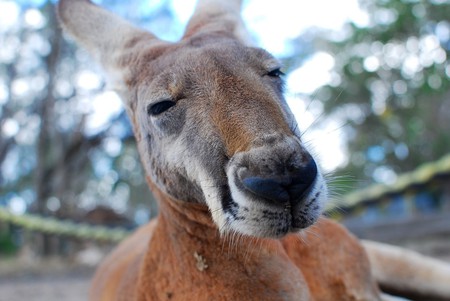 It might sound like treason to tuck into one half of your country’s coat of arms, but that’s exactly what one expert ecologist is urging Australians to do.

University of Adelaide Associate Professor David Paton is encouraging Aussies to chow down on more kangaroo meat to control a ballooning roo population that’s damaging other native plants and animals.

To borrow a line from The Simpsons, kangaroos in Australia aren’t like in cartoons, hopping around suburban streets transporting people in their pouches.

But the number of roos has boomed to almost 50 million — that’s twice Australia’s human population — thanks to plenty of rainfall in recent years, meaning there are now too many marsupials wreaking havoc on farms and competing with other species for food and water. 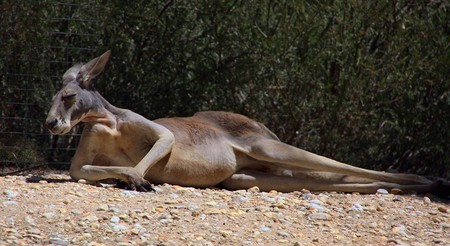 The over-abundance forces many land-owners to cull the kangas (sorry, kids), then leave their carcasses in the field. Paton’s idea? Stop wasting valuable meat and get a bit of roo of your fork.

“If we’re going to cull these animals we do it humanely, but we also perhaps should think about what we might use the animals that are killed for,” Paton tells the ABC.

“We shouldn’t just simply leave them out in paddocks to rot or leave them in the reserves to rot.

“It’s not the kangaroos’ fault they’re over-abundant (but) if you don’t cull the kangaroos or don’t reduce their populations in some way, then you’re going to lose a lot of other biodiversity.” 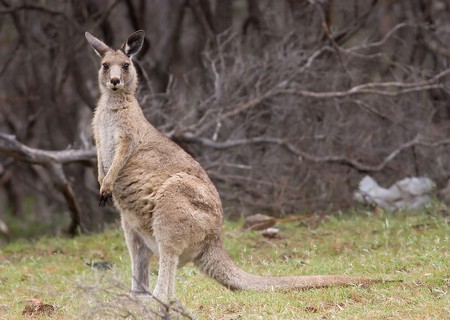 Kangaroo harvesting is currently legal in four states (New South Wales, Queensland, Western Australia and South Australia) and is considered a sustainable alternative to other types of meat because kanga culling protects Australian biodiversity, as well as the fact kangaroos produce so much less methane than cows.

The rich, gamey meat comes as steak, mince and even ‘Kanga Bangas’ (sausages), and is exported to more than 55 countries. 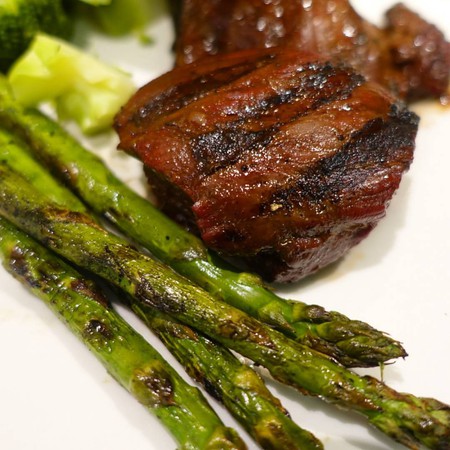 As you might expect, though, the thought of eating the beloved national symbol splits opinion in Australia. While kangaroo meat is as common as chicken or beef in some homes, many Aussies query the environmental benefit as well as the taste, and have taken to Twitter to vent their concerns after being urged to add roo stew to the menu.

they should be made to bare knuckle fight them first. winner gets to eat the loser. pic.twitter.com/LvDIcc7LA1

Burgers that will flip themselves!!
Poor old Skippy doesn't want to go on the barbie!!!

I like to cook kangaroo meat without heat, in the bin, and wait til the garbage truck comes and takes it the hell away from me.

Wife: Honey, can you put the kangaroo in the oven for me?
Husband: pic.twitter.com/ajPHs8eVZM

And Kangaroo meat is so expensive at my local supermarket?😆😆

If you’re still keen to tuck into Australia’s national emblem, head to the Australian Heritage Hotel in Sydney’s historic Rocks district, which serves a ‘Coat of Arms’ pizza complete with emu, pepper kangaroo, tomato, capsicum and lemon myrtle mayo. Go on, Professor Paton will be proud of you.