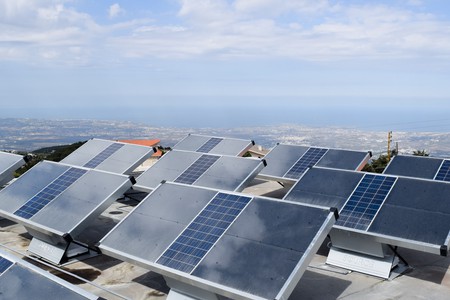 The hydropanels in action in Australia. | © ARENA

A trial for a new solar-powered technology, which sucks moisture out of the air to gather drinking water, is underway in Australia.

Producing water out of thin air is a useful trick, and a startup in the U.S. has recently perfected the art. Zero Mass Water, an Arizona-based company, is about to supply the technology to the Australian Renewable Energy Agency (ARENA) to try and solve water scarcity in parts of the country.

The Zero Mass Water devices, called Source, are hydropanels that consist of an array of solar panels, an air filter, and a water reservoir that can hold 30 liters of water. Fans in the hydropanels pull air through a filter, which is made out of a special material that attracts water molecules out of the air. The water then flows into the reservoir where it’s mineralized and stored before it’s delivered, ready to drink. Zero Mass Water has installed Source devices in 11 countries, and Australia will be its 12th. 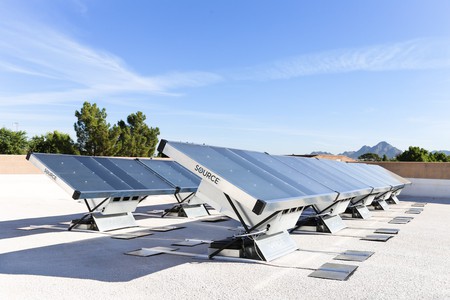 A rooftop installation of the Source system. | © Zero Mass Water

ARENA will be spending $420,000 to deploy 150 of the Source drinking water systems across multiple locations in Australia, including Sydney, Adelaide, Perth, and regional towns and communities. The pilot will see Source installed in airports, commercial buildings, and other properties. The hope is that these systems won’t just provide drought relief, but will also lower dependence on plastic water bottles.

“Using a combination of solar PV with solar thermal technology, SOURCE’s ability to create clean drinking water could be utilized to achieve positive solutions around water supply,” Ivor Frischknecht, ARENA CEO, said in a statement. “The potential benefits of this technology to the environment are important. This pilot project can produce reliable drought-resistant water sources to remote communities while simultaneously reducing the amount of plastic bottles that end up in landfill.”

Technology such as this is in high demand as climate change makes it difficult more and more to find water in certain areas. Cape Town in South Africa, for example, is expected to run out of water at some point in 2019. Officials have labeled the day when Capetonians will have to start collecting daily water rations as “Day Zero” and originally predicted it would be May this year. Luckily, thanks in part to the water conservation efforts in the city, Day Zero has been delayed until April next year. 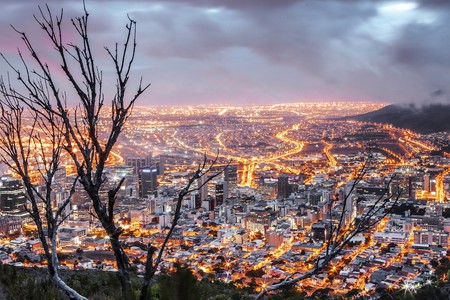 Cape Town is suffering from a huge water shortage | © Pixabay

These conversation efforts include limiting people to using 13 gallons (50 liters) of water each day. That’s the equivalent of the amount of water that goes down the drain in three or four flushes of an older toilet. Those found using too much water could be fined.