David began his journey with gigs around Melbourne, performing with comedians like Dave O’Neil and Tommy Little. This year he will be performing in the upcoming Melbourne Fringe Festival from 26th September to 3rd October, 2015 in a show called The Outsiders. Performing alongside comedian Michael Shafar, they aim to cover topics of race, religion and disability. The Culture Trip meets up with this comedy star on the rise. 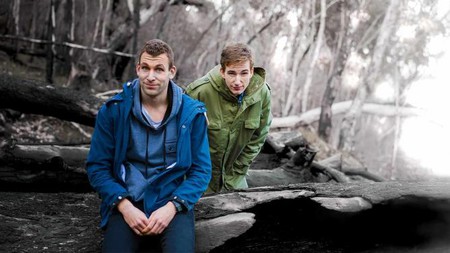 “I have never not been proud of David,” says supportive friend and comedian Christine Basil, who first came into contact with young comedian David Rose during his performance at The Basin in 2013. “I was simply blown away by his insight, timing, passion, ability, knowledge, intelligence, and, above all, clever humour. My instinct was simply to encourage, support and help this young inspiring comic in any way possible.”

David, who comes from a Jewish background with atheistic parents, received his first gig in 2013, preforming at RAW Comedy. He recounts, “I remember being in the fetal position on the floor behind the stage just rocking back and forth before I went on.”

Initially feeling rather unprepared and ill-equipped, David began his journey with gigs around Melbourne, performing with comedians like Dave O’Neil and Tommy Little.

Now a 2015 RAW Comedy finalist with performances at the Monash Law Review and the 2015 Melbourne International Comedy Festival, David has become, as Christine would describe, “an incredible actor, writer and comedian.”

Christine says his role in the ‘No Regerts’ MICF 2015 Law review show was a stand-out proud moment. “It was a great opportunity that showcased his natural talents… After his ‘No Regerts’ performance, he took the time to find me and have a chat. A thoughtful gesture that did not go unnoticed.”

David remains humbled by his achievements, much of which is the reason his parents have never seen him perform. It became a matter of making them proud and receiving their gratification when the time was right. “Why would you want to see something that’s half-baked. I’d prefer them to come see me in ten years when I’m great than in four years when it’s clear that I have more work to do. If they died in a car crash tomorrow, at least they didn’t see me perform… the fantasy of achievement is sometimes better.”

As well as performing gigs in and around Melbourne, David is currently studying law at Monash University: “There are elements of the law I enjoy, but I don’t think I would be very well suited in a law firm; I go a bit stir crazy.”

Comedy for David is much more freeing and liberating than anything imaginable. No law firm could ever amount to this feeling, no job, no occupation and no profession. Comedy had well and truly made its way into David’s life. No matter how big or small the crowd, David is sure to put on a show.

“There are times where I have written comedy articles online and have gotten two million views and I didn’t feel anything. You see a number and you see two million and you go, what does that mean, because you don’t have that personal connection. Some things that look like a high benchmark of success actually don’t feel as good as the ones where you connect to people. I love doing a gig for two people.” 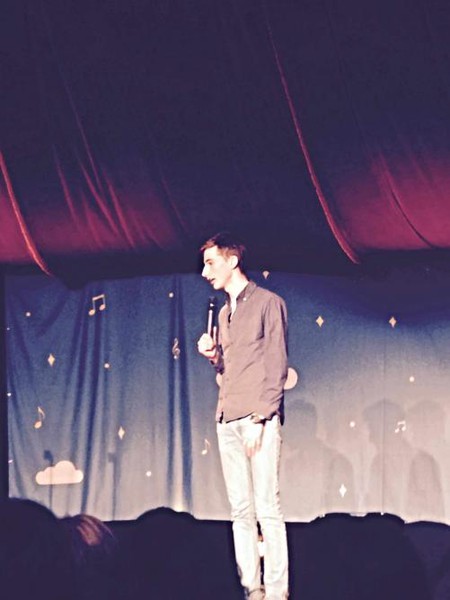 His grandfather, a well-known comedian in the ’30s, most famous for his monologue Levinsky’s Wedding, may have been a driving factor for David’s innate attraction to comedy. David regularly uses his comedy to make people think. He aims to move away from the generic material that often has no meaning or relevance.

“If I’m going to do comedy, I’d like to leave a mark. You see these people and they do really great, but they are just great. They are just very funny comedians and it’s like, is that enough. Maybe that’s enough for some people. I don’t want to be celebrated or anything but I would at least need to have felt like I contributed to whatever industry I was in. If I was an architect for example, I wouldn’t just want to build a building, I would want to build an influential building.”

David Rose will be preforming in the upcoming Fringe Festival on the 26th September to the 3rd of October in a show called The Outsiders. Performing alongside comedian Michael Shafar, they aim to cover topics of race, religion and disability.

Promising to make you laugh until you cry, do not miss this incredible opportunity to see David do what he does best.

“If I could make enough money and do comedy and do nothing else that would be enough… just having that laughter and acceptance from a crowd, provided you do well, is a real salve.”