An Introvert's Guide to Sydney, Australia 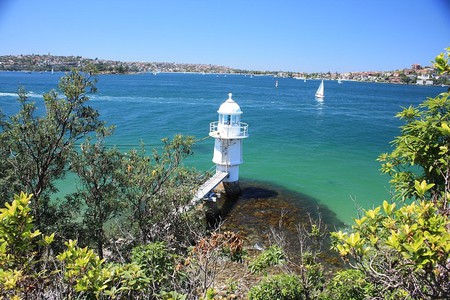 You wouldn’t think that a huge city like Sydney — home to five million inhabitants all jostling for their little slice of the harbour — would be the natural habitat of the introvert. But it is possible to find some space for yourself and escape the crowds if you follow these tips for introverts visiting the Harbour City.

The Royal Botanic Garden and the adjoining Domain is a green oasis in the heart of the city centre, with more than 60 hectares of parklands helping visitors feel a world away from the hustle and bustle of the towering skyscrapers next door. Perched right on Sydney Harbour with a sandstone seawall and walking track snaking around the waterfront, the public gardens attract plenty of visitors but are so vast that you’ll never have trouble finding a park bench under a native tree to recharge the batteries as you watch the world go by. 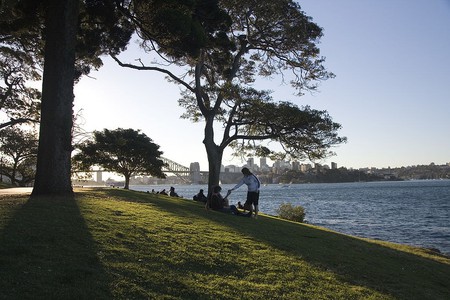 Mrs Macquarie’s Point in the Domain — the most postcard perfect view of the Opera House and the Harbour Bridge — is always occupied by a handful of tourists but those crowds are nothing compared to the ones that swarm around the Opera House steps and Circular Quay, which is your gateway for a ferry to the north side of the Harbour, a much less frenetic vantage point to admire the city from.

For the book worm

Located on the edge of the Domain parklands, the State Library of New South Wales provides the kind of atmosphere introverts relish. The library boasts a history dating back to 1826, historical and contemporary collections containing six million items, trendy modern reading rooms… and that all important free Wi-Fi. 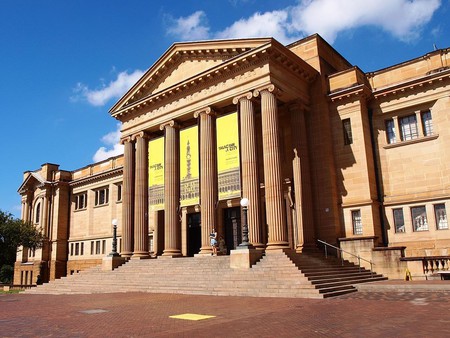 Book lovers should also pencil these stops into their Sydney itinerary: Kinokuniya for its uber-central Town Hall location and array of art and design books, Gould’s Book Arcade in Newtown for its whopping collection of second-hand publications, Ampersand Cafe and Bookstore for its three floors of inimitable Paddington elegance, plus much-loved independent inner-west institution Gleebooks.

For the culture vulture

Introverts relish the vibe of museums where knowledge practically oozes out of the walls, and although some of Sydney’s more kid-friendly attractions like the Powerhouse and Maritime Museums can be a little too frantic for their liking, they’ll feel more at home at the Art Gallery of NSW. The serene space overlooking the Domain features a world-class collection of Australian, Aboriginal, European, Asian and contemporary art, and admission is free. 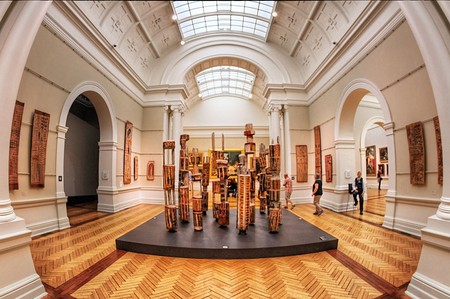 History buffs should also visit the Museum of Sydney and the Hyde Park Barracks for a quiet, contemplative step through time from colonial days until now.

For the beach bum

It wouldn’t be a listicle about Sydney without mentioning beaches — and while extraverts are comfortable flocking to the crowds that pack Bondi, Coogee and Manly, introverts need somewhere sandy to escape to, as well. Bronte and Tamarama — both wedged between Bondi and Coogee in the eastern suburbs — are much less boisterous than their more famous neighbours and no less beautiful, while female introverts should invest the $1 donation to visit the ladies-only McIvers Baths ocean pool, a tranquil place to relax away from the Coogee crush. North of the Bridge, swap Manly for the more peaceful Balmoral, or even quieter hidden strips of sand near Manly like Shelly Beach and Collins Flat Beach. 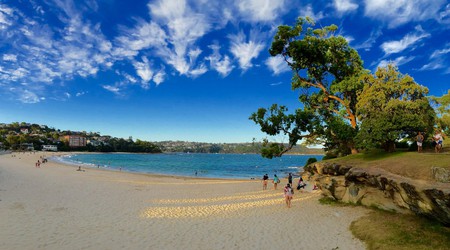 Outdoorsy types can also plug in the headphones and run or cycle one of the city’s many walks and bike tracks, from the spectacular Bay Run along the inner-west waterfront to the historic Centennial Park in the middle of town to the Bradley’s Head to Chowder Bay walk for peerless views of the harbour.

Introverts love cinemas (maybe because of the no-talking rule?), but they’re no fan of wide screens the size of football fields in stadium-sized theatres — so head to one of Sydney’s many boutique film houses instead. The dimly lit Golden Age in Surry Hills, Newtown’s independent favourite Dendy, the vintage Randwick Ritz or Hayden Orpheum in Cremorne, or the charming auditoriums of the Chauvel and Palace Verona in Paddington all provide a cosier atmosphere than the chain cinemas. 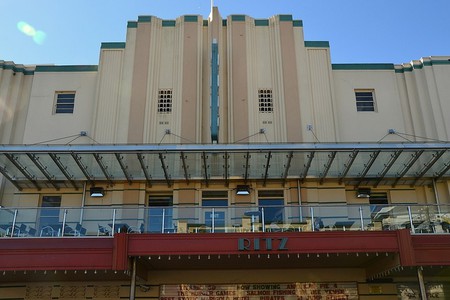 Randwick Ritz | © Sardaka/Flickr
Give us feedback