Australian Novelist A.S. Patrić on the Serbian Diaspora and Emerging from Literary Obscurity 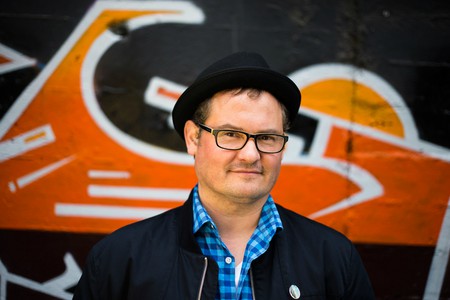 The 2016 Miles Franklin award-winner spoke to us about his award-winning novel Black Rock White City now out in the U.S.

Between the death of its founding and longtime president, Josef Brotz Tito, in 1980, and its dissolution and fallout wars that followed in the early 1990s, Yugoslavia was a state barely holding itself together. Ethnic conflicts between the nations under its banner, its economic insolvency, and socialist policies that were impoverishing its citizens, led to a wave of Yugoslavic emigration that spread into a worldwide diaspora. Some of the furthest flung of these communities can be found in Australia, which is where, during this period, the family of Australian novelist A.S. Patrić headed when he was a small boy.

As an Serbian-Australian by heritage, Patrić grew up witnessing and welcoming a newer wave of Serbian and Croatian immigration to Australia in the wake of the Balkan Wars. This experience informed his 2015 novel Black Rock White City, which tells the story of Jovan, a Serbian poet who, along with his writer wife Suzanna, has fled the bloody conflicts that arose after the collapse of Yugoslavia. New to Melbourne, they can only find work as cleaners, with Jovan spending his days scrubbing the graffiti of a malicious and lyrical vandal off of the walls, while reflecting on the lives of those back home. Published by Transit Lounge, a small Australian press, Black Rock White City‘s powerful meditation on identity, migration, violence, and reconciliation was a sleeper hit until it unexpectedly won the Miles Franklin Literary Award, Australia’s most prestigious literary prize, last year.

Patrić’s Cinderella story from being lifted out of literary obscurity and into eminence plays out like a writer’s dream. Having previously published three short story collections that found a small but loyal readership, Patric sent the manuscript of what would be his debut novel to numerous publishers, receiving almost as many rejections in return, until Transit Lounge took a chance on it. Now Black Rock White City is in the victory lap stage of being published abroad, including here in the United States, where it has been released by one of the country’s leading independent presses, Melville House. Their edition is covered in praise from writers such as Imbolo Mbue, Christos Tsiolkas, and Geraldine Brooks who calls the novel “haunting and haunted, but above all, humane.” 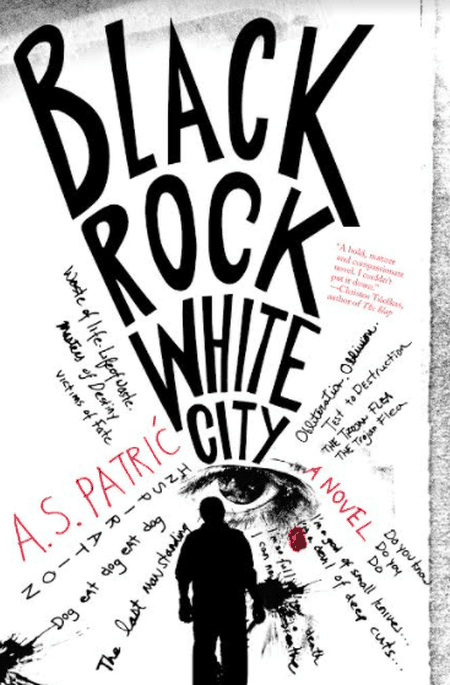 Your manuscript for Black Rock White City was rejected by many publishers before it was picked up by the small, independent press Transit Lounge. Can you tell us about this journey from small publication to Miles Franklin?
It’s often not so much a journey in Australia as a trip down a short dead-end road. In the UK and US, it’s possible for an author to accumulate a great many rejections over a number of years, and eventually find success. It can take as little as six months for a writer to exhaust publication possibilities in Australia. I was stunned at how short the journey had been, and yet the second publisher that read my manuscript accepted Black Rock White City for publication. What all the other publishers had rejected previously was the idea of the novel. And yet novels which do not fall into easy, appealing narratives with instantly recognisable characters, can still move us — thrill us with an unexpected rush into fresh perspectives and vital narratives. I’m fortunate that the judges of the Miles Franklin Literary Award were open to a different kind of story.

You’ve previously mentioned to The Guardian that you have drawn from the experience of your parents throughout the novel. What was it like to fictionalise that experience, and how long did it take you to write the book?
In the six years it took me to write Black Rock White City, I never had any intention of fictionalising my parents or their immigrant experience. That would have killed this novel at inception. What I began writing about was a virulent strain of graffiti rising from the walls of a hospital, a disease infecting the minds of everyone who saw that graffiti. The first scene was a man standing in a poorly illuminated stairwell, struggling to clean a grotesque message from the wall. I knew that immigrants were often given those kinds of jobs. So this man became a refugee from the Bosnian War, a broken poet who would respond to that graffiti with the sharp fragments of art still drifting through his soul. As a novel grows, it consumes the author’s life for material. My memories of my parents went into it but so did everything else I love.

What led your parents to immigrate to Australia over other countries? Do you feel that working-class immigrant experience isn’t well known in Australia?
My parents chose Australia because my father had an encouraging relative here who could help in finding employment and a place to live. My father and mother planned on living in Australia for five or ten years and returning when things were better economically in Yugoslavia. But things went from bad to worse in their homeland, and eventually, their country violently disintegrated. The working class have rarely been represented in Australian literature, certainly not as appreciated as have been the works of Dickens, Dostoyevsky, Hugo, Carver, Steinbeck, etc. And the immigrant experience simply wasn’t seen as an Australian experience at all. The last ten years has seen a greater range of voices become part of our national narrative. Australian literature now is vibrant and vigorous, brave and diverse.

Do you remember the Yugoslav War? How many of your own experiences and memories were a part of the narrative?
I grew up in a part of Melbourne largely made up of European immigrants whose countries had been wrecked by WWII. They came from all over continental Europe in the early 70s, but a great many had emigrated, as my parents had, from the foundering states of the Yugoslav federation. So what was happening in the Balkans felt very far away yet also traumatically personal in my neighbourhood and school. In the late 90s, I met refugees from the Bosnian War, and because I knew their language, culture and history, I was drawn into their life stories. This gave me the confidence to tell a story from the perspective of refugees, but it’s not a novel about the Bosnian War. Black Rock White City is about love, literature, art, and it’s about living a life of losses and compromises, it’s about how we create meaning and connection despite social distortion, and it’s about urban life and contemporary Australia.

Jovan recalls his children who have been killed in the war, while at the same time managing to carry on. For you and your family, was there this sense of what is left behind, stays behind? Have you been back?
It occurred to me after I’d finished Black Rock White City that while my characters have unusual names, their experience is archetypally Australian. Life in Australia was harsh for the first 150 years, and few people came to this continent who didn’t have some kind of disaster or trouble in their background. There’s not only a new beginning in Australia for such people, it’s so far away from Europe, it feels like a different world. Even so, a human being carries an immense amount of history in their language and in their bones. I was born in Belgrade but have lived in Melbourne since I was one-year-old. I travelled to Europe when I was 21, when the Balkan Wars were raging. I didn’t visit the place of my birth. 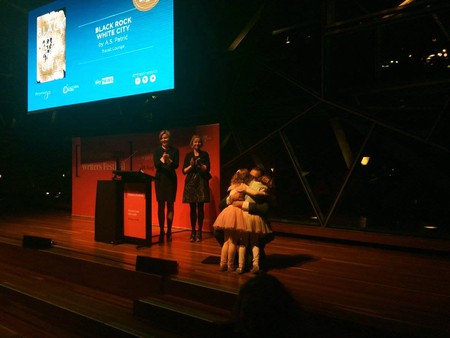 What has the reception for you and your book been like after winning the prize? Are editions from other countries planned?
Only a few weeks ago I was happy that my novel was still alive a year after publication. I work in a bookstore, and I know that 95 percent of books disappear from the shelves after only three months, never to be seen again. Black Rock White City has been moving into the bestseller lists now, yet my satisfaction is that new people will enjoy my novel, same as it was before winning the Miles Franklin Award. That joy doesn’t increase with bigger numbers, but you worry less about something you love dying.

Can you talk about what you’re currently working on?
Transit Lounge is releasing my second novel next year. I just have to put a few finishing touches to the manuscript. Atlantic Black is set on an ocean liner — crossing from the Americas to Europe. The RMS Aquitania steams across the Atlantic Ocean. A 17-year-old girl called Katerina Klova is travelling with her mother. Atlantic Black begins with the collapse of Anne Klova. A complete psychotic break which leaves Katerina alone for the first time in her life. The narrative takes place over one day and night. It’s New Year’s Eve, 1939. The WWII fuse has been lit, and on the horizon, the world is about to explode.