"Marina Abramović: The Artist Is Present," at the Museum of Modern Art © Andrew Russeth

The 2017 Stella Prize for Women’s Writing was awarded to Heather Rose for ‘The Museum of Modern Love’. 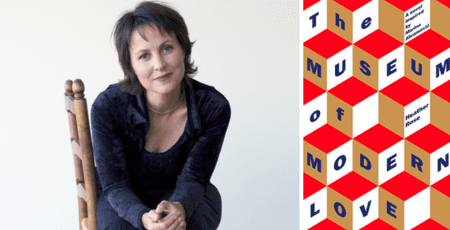 Heather Rose with her prize-winning novel

A novel in which the Serbian artist Marina Abramović is crucial to its plot has won Australia’s Stella Prize for Women’s Writing.

The Museum of Modern Love, by the Tasmanian novelist Heather Rose, is a novel catalyzed by Abramović’s 2010 performance piece “The Artist is Present” in which she sat silent opposite thousands of participants one at a time at New York’s Museum of Modern Art. According to ABC (the Australian Broadcasting Company), the work centers “on a group of characters, each at a crossroad in their life, who visit Abramović at the museum to take part in the performance.”

Rose told ABC that she had traveled to participate in the performance. “I sat with her four times,” Rose said. “It was a very spiritual experience, but also a very secular experience, because I’m in the middle of MOMA, and there are all these people around, and there is a silence. It was remarkable.”

Abramović was not only made aware of the novel, but allowed Rose to novelize her “without restriction,” noting that produced some fruitful anxiety: “My fear of painting her in a way she might be unhappy with,” she said, “became compelling.”

In selecting The Museum of Modern Love as its winner, the Stella Prize committee’s chairwoman Brenda Walker stated: “It is rare to encounter a novel with such powerful characterization, such a deep understanding of the consequences of personal and national history … and such dazzling and subtle explorations of the importance of art in everyday life.”