A Guide To Australian Christmas Foods

Although Christmas in Australia shares in British and American similarities and traditions, the warmer weather makes the festive season down under a unique experience, and when it comes to Christmas cuisine, Australia has put its own spin on classic European recipes such as the pudding and mince pies. Whether you enjoy Christmas lunch on the veranda with shrimp on the barbie or gather in the dining room to carve Christmas ham, Australian silly season foods showcase the freshest ingredients and the best of the country’s culinary creativity.

The main event at any Australian Christmas feast is the ham, and often, home cooks will spend hours gazing into their ovens in anticipation for the buzz of that timer when they can finally carve the sweet and smoky meat. While each family has their own variation, typically the ham is glazed with honey, maple or apricot; however, pineapple juice is also used. Baked apple or cranberry sauce accompanies the finger-licking meat and crackling. 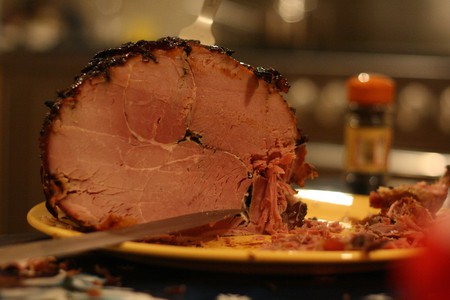 Easy to make and a favourite with children, White Christmas is a sweet Australian dessert comparable in some ways to the Spanish Turrón and Italian Torrone. The no-bake slice is made using Copha, desiccated coconut, dried fruit such as sultanas, raisins and currants and rice bubbles breakfast cereal.

Dating back to medieval England, Christmas Pudding was a tradition brought to Australia during early British colonisation. The boiled dessert should be dark, fruity and rich in flavour. Ingredients include ginger, cinnamon, and mixed spice as well as sultanas, raisins and currants, dates, figs, almonds and a healthy tipple of brandy or rum to help keep the pudding moist and give the batter a kick. Orange is a predominant flavour in Australian Christmas Puddings and helps give the cake a summery tang. In Australia, Christmas Puddings are served with custard. 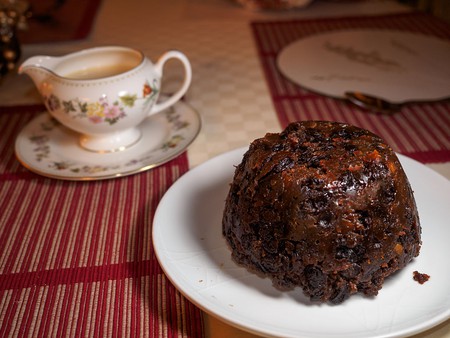 For many Australians, Christmas isn’t complete without seafood – from prawn cocktails to platters of king, tiger or giant banana prawns. Since Paul Hogan popularised the idea of throwing ‘an extra shrimp on the barbie’ in the 1984 Australian tourism campaign, Australians have been barbequing fresh prawns and using them as starters and main courses. 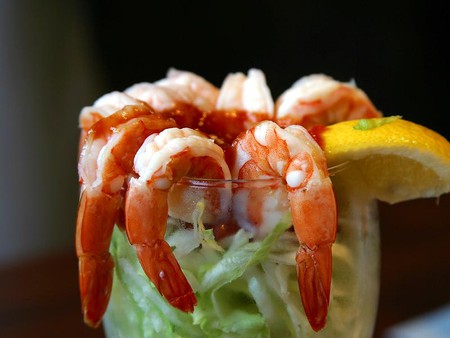 Named after the Russian ballerina Anna Pavlova, the origin of this meringue dessert has long been disputed between Australians and New Zealanders. The Pav is an egg dessert with a crisp meringue shell and airy marshmallow-like centre, covered in stiff peaks of whipped cream and fresh fruit, including cherries, which are in season during the Australian summer. 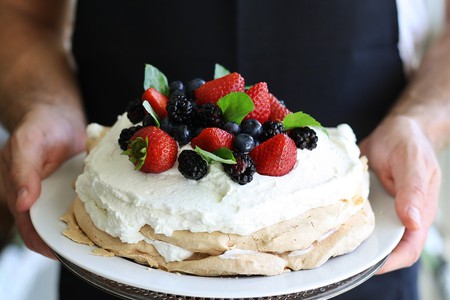 Another British export to win the hearts of Australians is the humble mince pie, which dates back to the 13th century. Often fashioned with a festive pastry star, the Australian mince pie typically includes almonds, apples, marmalade, mixed spices, sultanas, currants, citric fruits such as orange and lemon and brandy. 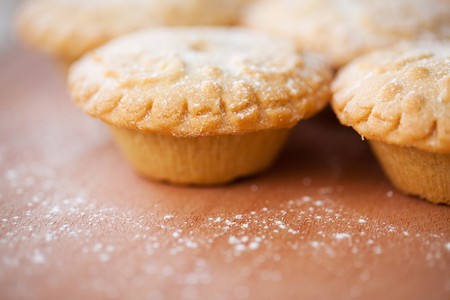 The scent of ginger is interlaced with Christmas tradition, and during December, Australians young and old can be found cutting out Christmas shapes and gingerbread people both to eat and decorate their surroundings. From hanging garlands to table decorations and gifts, gingerbread is a comforting cookie that begs to be iced and eaten at Christmas. Gingerbread houses are also popular in Australia, and kits are available at every supermarket. 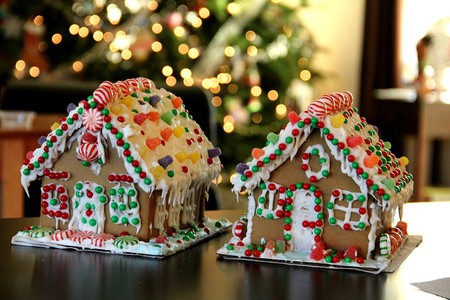