Arguably Australia’s most picturesque sinkhole is the Umpherston Sinkhole in Mount Gambier. Known as the Sunken Garden, the sinkhole was naturally created when the limestone chamber’s roof collapsed, leaving a magnificent void. In 1886 James Umpherston transformed the cavity into a lush oasis accessible via a series of concealed steps, walkways and terraces. The garden features a fountain, hydrangeas, and tree-ferns and is home to hundreds of possums. 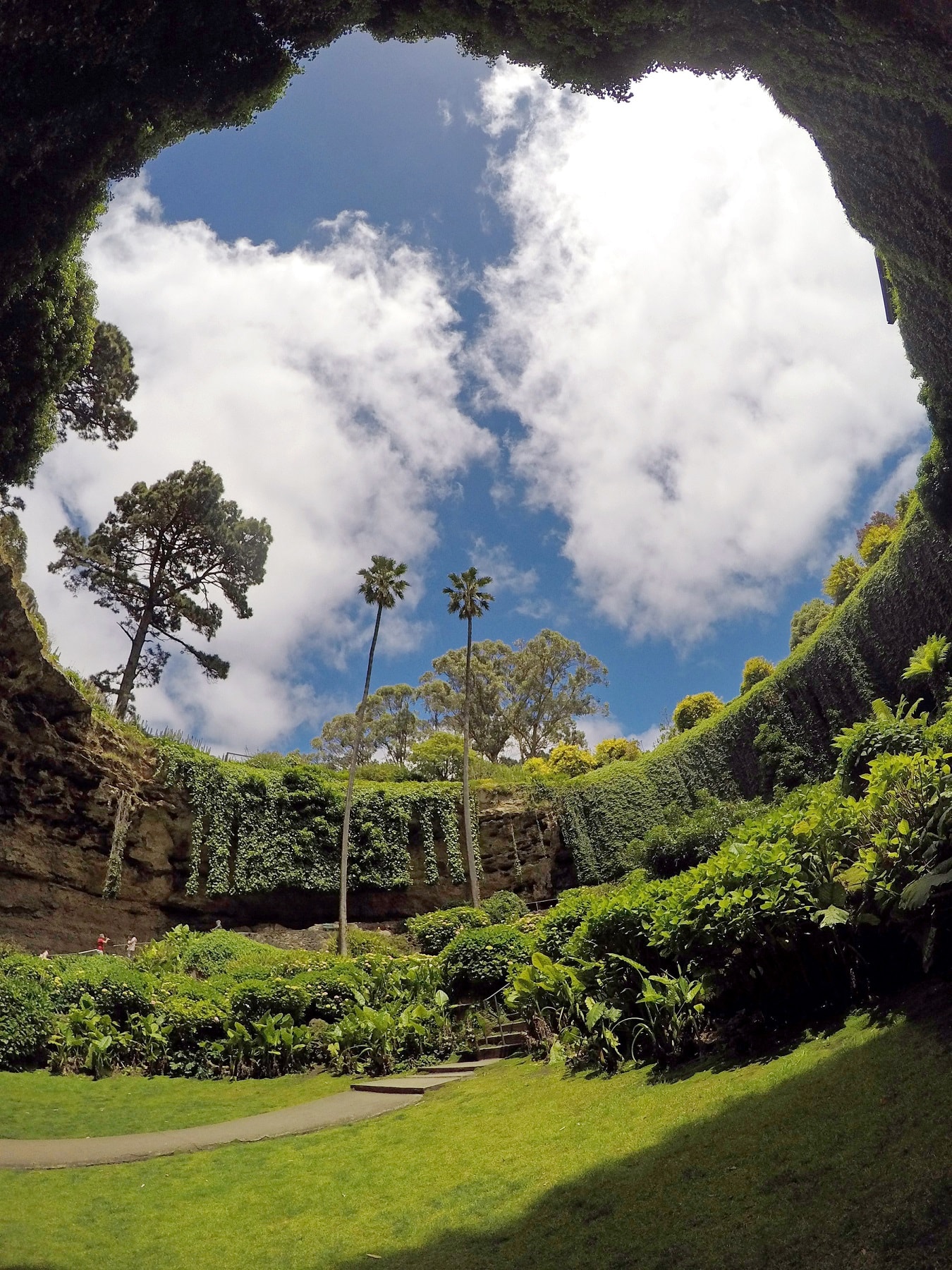 Poised on the south coast of Kangaroo Island, the Remarkable Rocks are naturally sculptured landmarks formed over 500 million years by wind, rain, and sea-spray. These bizarre eroded granite boulders are stained with vibrant orange lichen which changes from rust to gold depending on the light. A wooden boardwalk with partial wheelchair access leads visitors to this Martian playground. 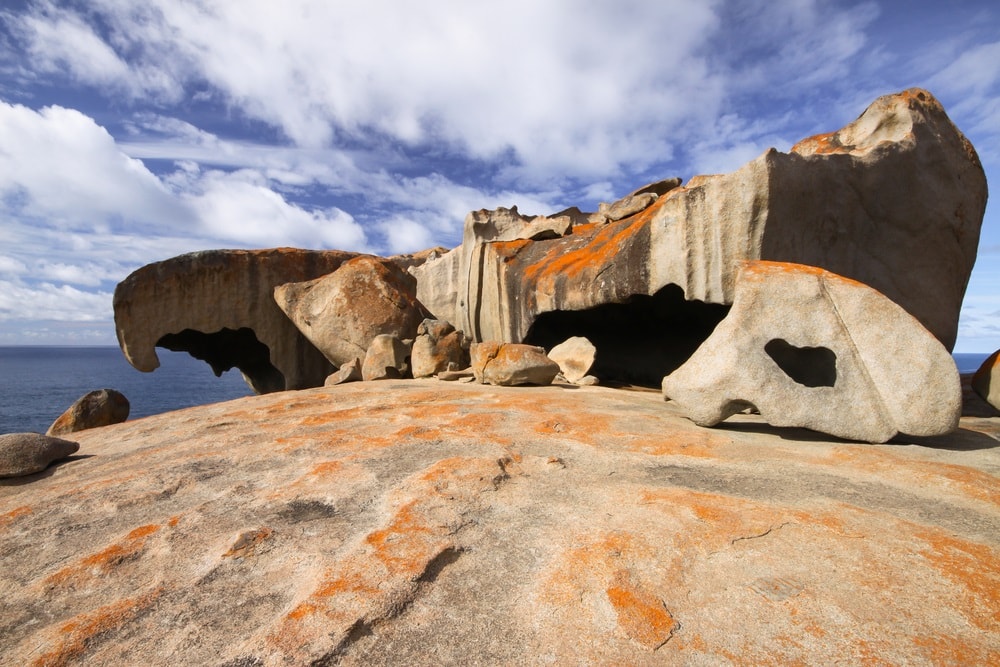 Occupying an extinct volcano crater, Blue Lake is one of the most awe-inspiring attractions in Mount Gambier. Renowned for its colour, the reservoir is cobalt blue between December and March and turns pewter during the colder months from April to November. The exact cause is still unknown but is thought to have something to do with the temperature. Surrounding Blue Lake is a 3.6 kilometer walking track with viewing platforms. 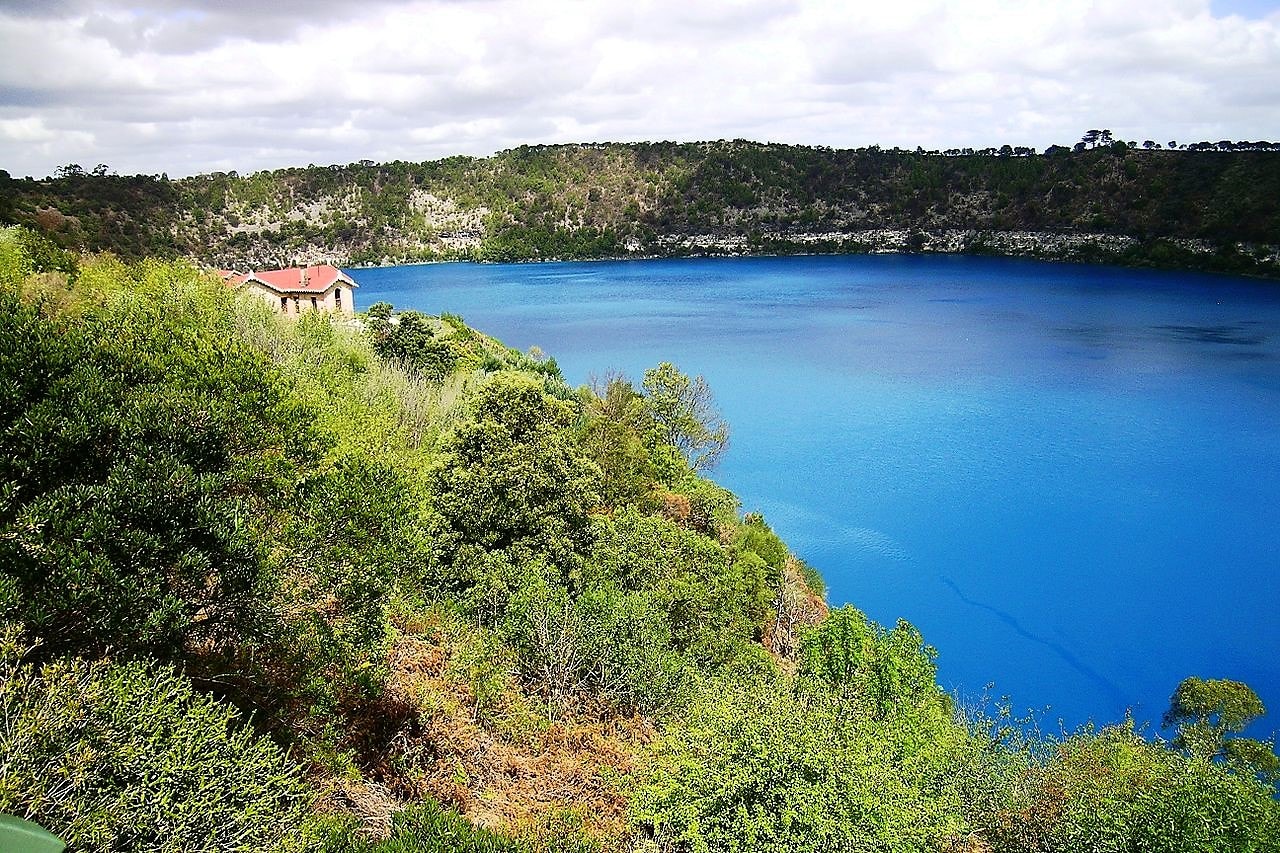 Located within the Flinders Ranges, Wilpena Pound is an 800-million-year-old geological colosseum visible from space. While early 20th-century agricultural endeavours failed time and time again, the region has since proven popular with bushwalkers. Some popular trails include the Hills Homestead Walk and the Heysen Trail as well as the challenging hike to St Mary Peak which is 1,189 metres high.

Renamed Kati Thanda in 2012, Lake Eyre, as it’s more commonly known, is the lowest point in Australia. The lake is also the largest in Australia; however, it only floods every decade or so and most of the time is a barren, flat salt pan. In fact, Kati Thanda has only been filled to capacity three times in last 160 years. The best time to visit is between April and October when the likelihood of water increases. 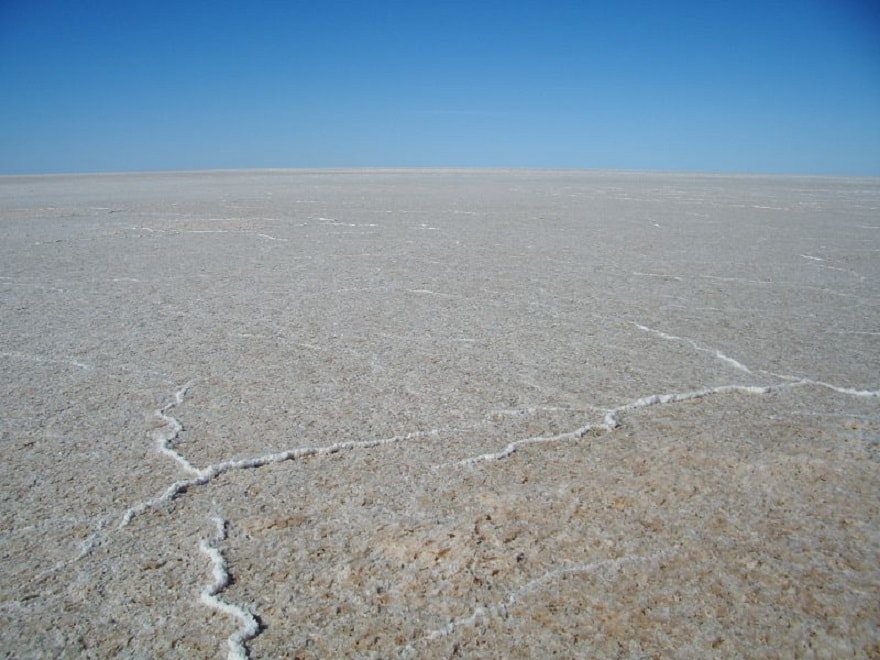 Recognised for its significant fossil record Naracoorte Caves National Park is South Australia’s only World Heritage Listed site. There are 28 caves within the park, four of which are open to the public. Explore the speleothem chambers in Alexandra Cave, see megafauna fossils in Victoria Fossil Cave, visit the self-guided Stick-Tomato Cave or take a Bat Cave tour. Those daring enough can also try an adventure caving tour. 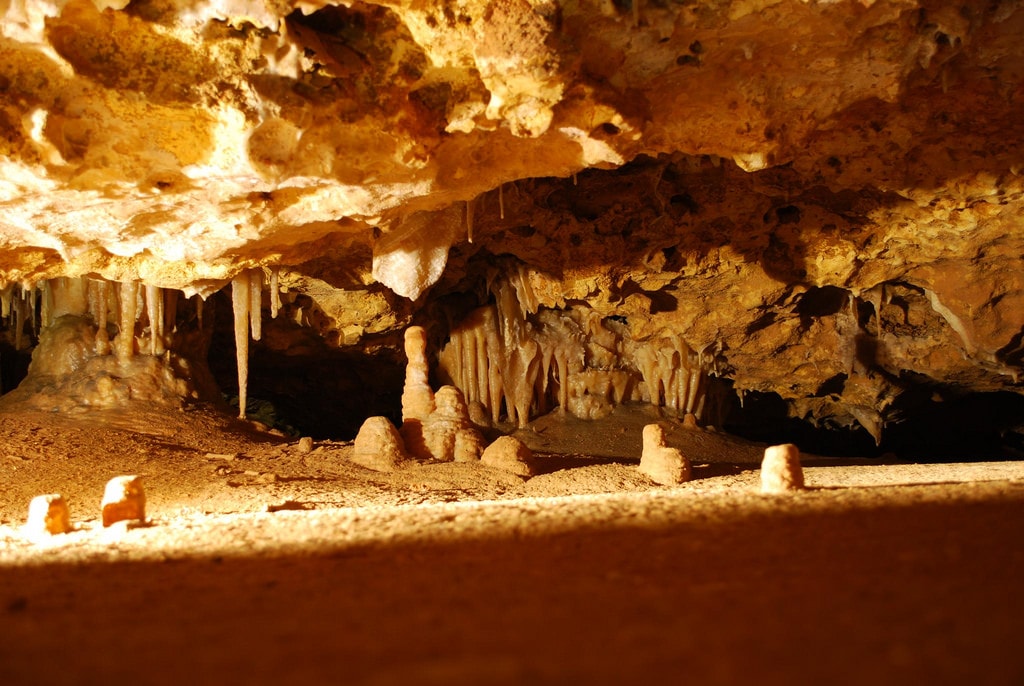 Two of hours north of Adelaide is an otherworldly site known as Lake Bumbunga which remains untouched by tourism. This taffy pink salt lake consists of three salt pans which have been mined since 1881. Named by the indigenous Parnpangka people Lake Bumbunga reportedly translates to ‘rain water lake.’ When visiting keep a lookout for the Loch Eel Monster who can be spotted from Highway 1 and be sure not to drive on the lake as you will get bogged.

Resembling Western Australia’s famous Wave Rock, Pildappa Rock is located on the Eyre Peninsula. Formed 1,500 years ago this granite outcrop is stamped with deep gnamma holes, narrow pits and rillen grooves. Those who choose to climb the wave are presented with marvelous vistas of the Gawler Ranges and the Blue Sturts from the top, meanwhile at the base, there are picnic and barbecue facilities. 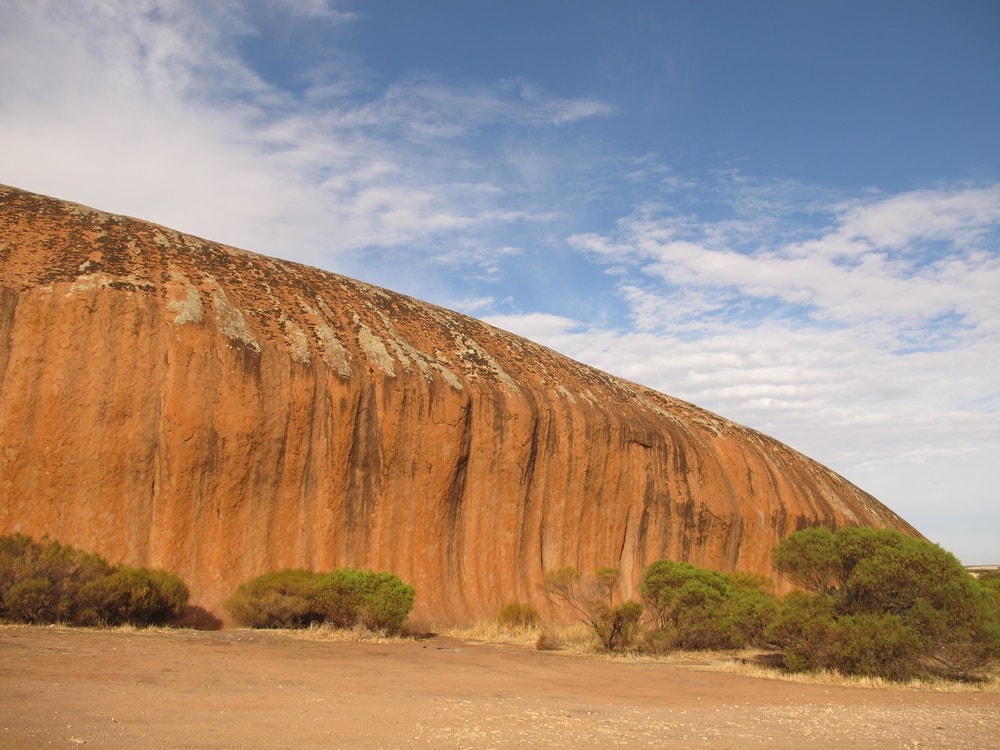