TarraWarra Estate | © Marcus Hansson/Flickr https://www.flickr.com/photos/marcus_hansson/31443130374/
When you think of the Yarra Valley, your mouth immediately begins to salivate about the wine and gourmet cuisine, but the region has so much more to offer. From Healesville Sanctuary to Puffing Billy and the Tarrawarra Museum of Art, here are 12 reasons you should visit.

Victoria’s wine industry can be traced to a vineyard at Yering Station in 1838, with viticulture expanding rapidly throughout the 1860s and 1870s. Today, the Yarra Valley boasts 300 vineyards and 160 wineries with the region’s cooler climate lending itself to the production of chardonnay, aromatic cabernet sauvignon, shiraz and pinot noir. Wineries in the region include Domaine Chandon, De Bortoli Wines, Oakridge Wines and Yering Station.

Wake up bright and early for a bird’s eye view of the Yarra Valley on a scenic hot air balloon flight. With unrivalled views of the region, this once-in-a-lifetime experience will take your breath away. Watch the sunrise as you soar over rolling hills embroidered with vines. Once you float back down to earth, it’s time for a champagne breakfast.

Healesville Sanctuary is a not-for-profit conservation organisation that specialises in conserving native Australian animals. Set within the natural bushland, the zoo features different habitat areas that showcase dingoes, koalas, wombats, kangaroos and even the Tasmanian devil. One of the most popular attractions is the Land of the Parrots, a walk-through aviary featuring just some of the zoos 200 native bird varieties. There are also close-up encounters, and you can visit The Australian Wildlife Health Centre. 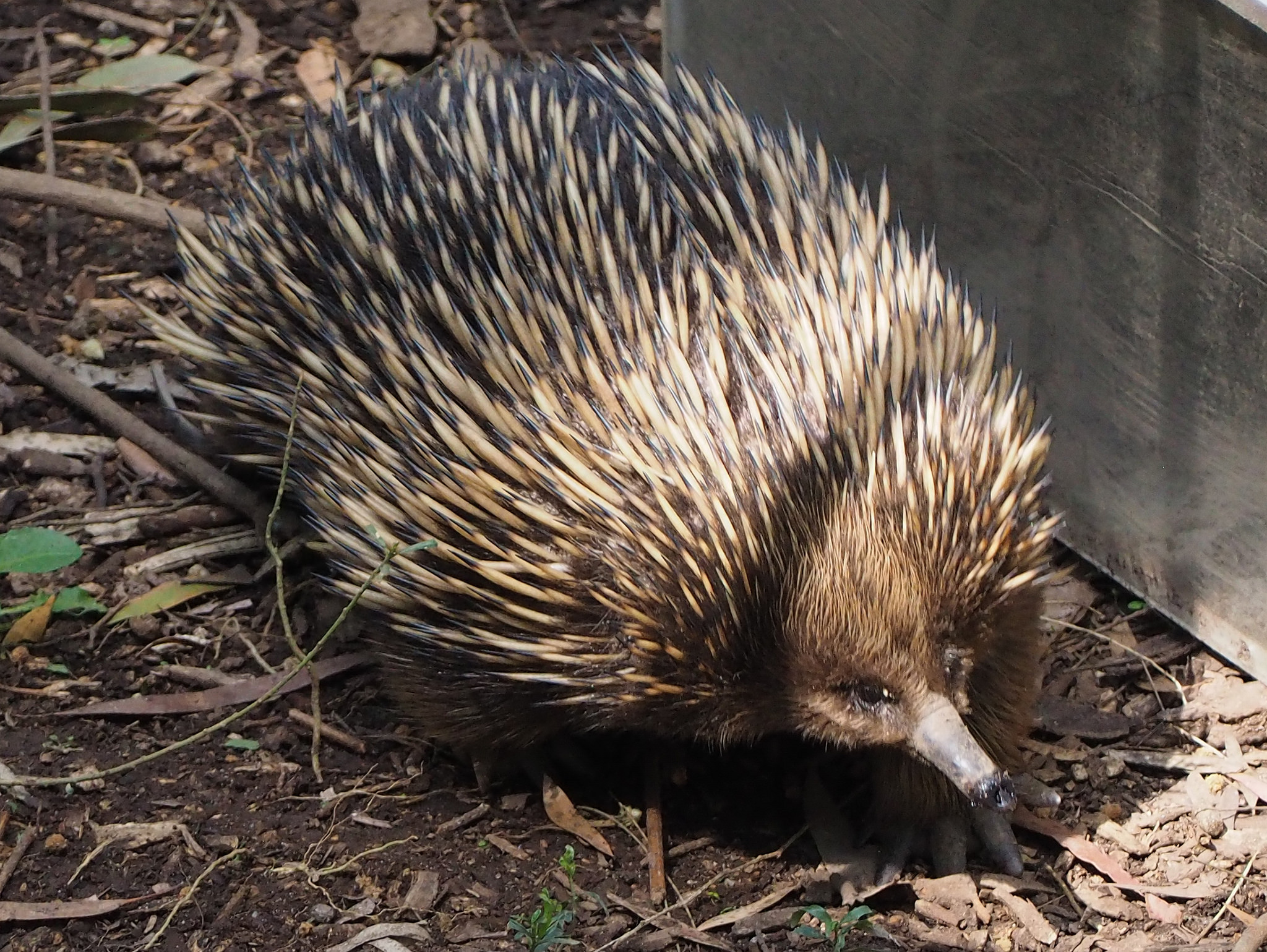 The Black Spur Drive is a spectacular 30-kilometer ride that links Healesville with Narbethong on the Maroondah Highway. Wind down the windows as you zigzag deep into the lush forest, famous for its towering eucalyptus regnans, which are the tallest flowering trees in the world. Stretch your legs in the mountain town of Marysville, which has plenty of cosy cafés.

Once home to world-famous opera singer Dame Nellie Melba, Coombe Yarra Valley, also known as The Melba Estate, is a seven-acre property in Coldstream which was opened to the public in 2016. Bordered by imposing hedges, the homestead and picturesque gardens have been restored to include a restaurant, cellar door and a gallery that pays homage to its former resident.

Founded by passionate art collectors and philanthropists Eva and Marc Besen, the Tarrawarra Museum of Art is a contemporary gallery set within an architecturally impressive and award-winning building in the Yarra Valley. Opened in 2003, the gallery holds seasonal modern and contemporary art exhibitions containing a wealth of Australian and international work. 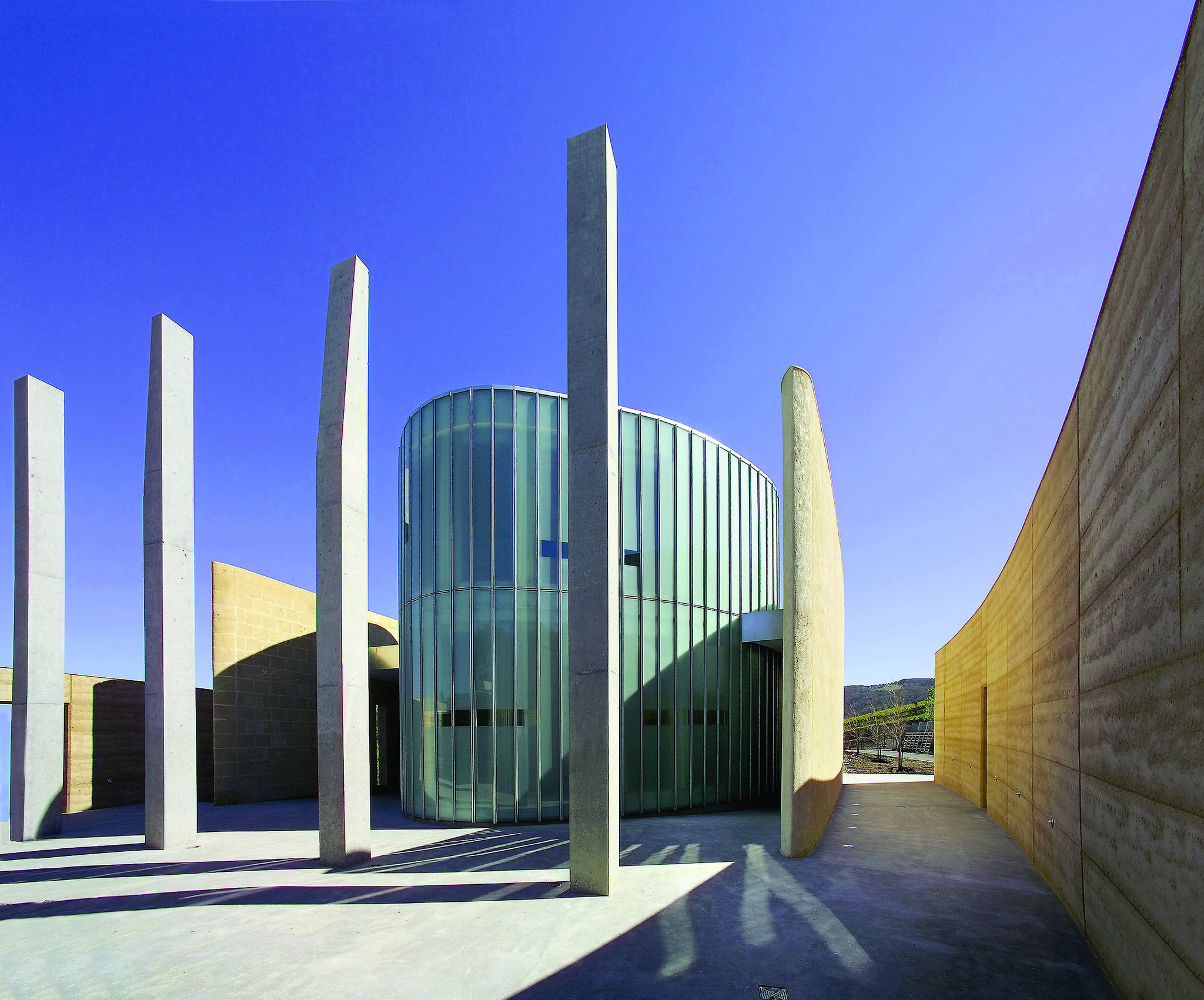 Restaurant, Australian
Courtesy of Puffing Billy Railway
Relieve your childhood on the Puffing Billy railway. As you dangle your legs over the side of the carriage and take in the scenic journey between Belgrave and Gembrook, remember to snap a photo as you cross Monbulk Creek Trestle Bridge. Rolling through the glorious Dandenong Ranges since the early 1900s, Puffing Billy is one of the most popular steam heritage railways in the world and continues to delight passengers today.
More Info
Open In Google Maps
1 Old Monbulk Road, Victoria Belgrave, 3160, Australia
+61397570700
View menu
Visit website
Visit Facebook page
Send an Email
Give us feedback

The Yarra Valley Chocolaterie & Ice Creamery is a decadent emporium set amongst the rolling hills of Yarra Valley. There are more than 250 different chocolate products, including chocolate freckles as big as your face, the rockiest rocky road around, truffles and a single-origin collection. As you browse the showroom take a peek through the glass window and watch the chocolatiers at work before treating yourself to an ice cream. 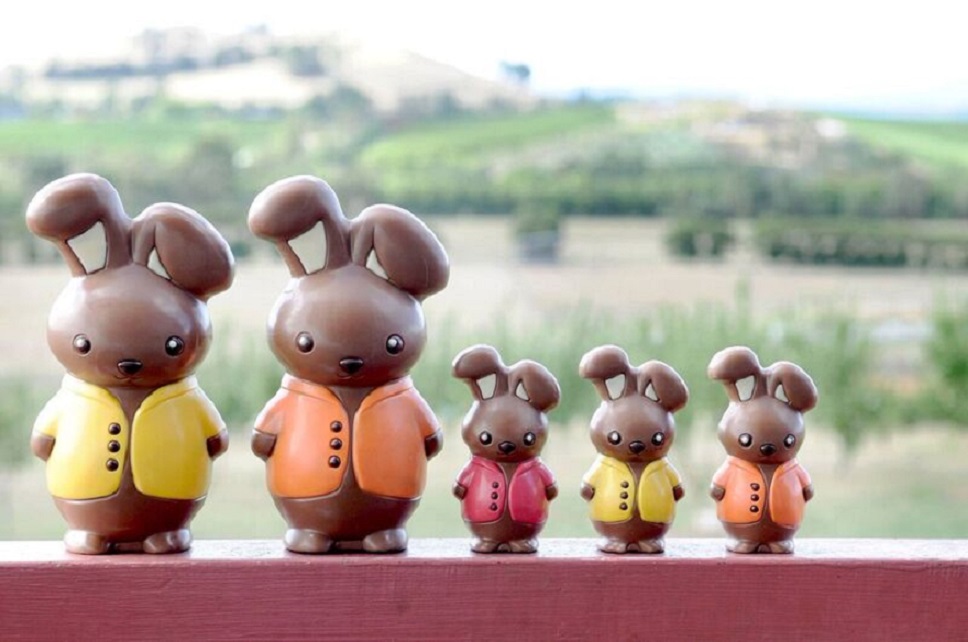 Winding through the Yarra Valley, the Lilydale to Warburton Rail Trail is one of Australia’s most iconic rail trails. Starting at Queen Road, the trail meanders 38 kilometers through bushland and wineries. Walkers, cyclists, and those on horseback will take the “Warby Trail” as it follows the historical railway line, which dates back to the 1900s. 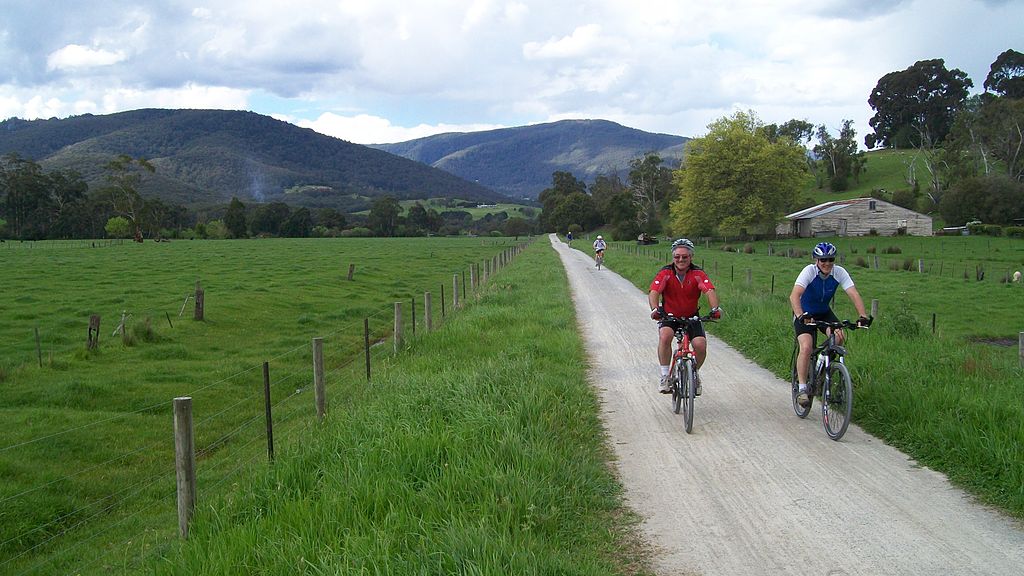 Since the first tree was planted at Alowyn in 1999, the garden has grown to include five distinct areas, including the Perennial Border, the Edible Garden, a Forest Garden, the formal Parterre Garden and numerous display gardens. There is also a dry garden, a French Style Garden and a magnificent wisteria archway that runs through the gardens and is in full bloom for four weeks each October. Alowyn also features a café in the maple courtyard and a giant chess set.

Designed by Greg Norman, the Eastern Golf Club is a charming country estate positioned within a 120-acre nature reserve in the Yering Gorge. In addition to the 27-hole championship course, the club also has a TaylorMade Performance Centre, fitness centre and 12 kilometres of bush walking trails. Stay the night at one of 12 Yering Gorge Cottages, and awake in the company of eastern grey kangaroos, deer, platypuses, echidna and wombats. 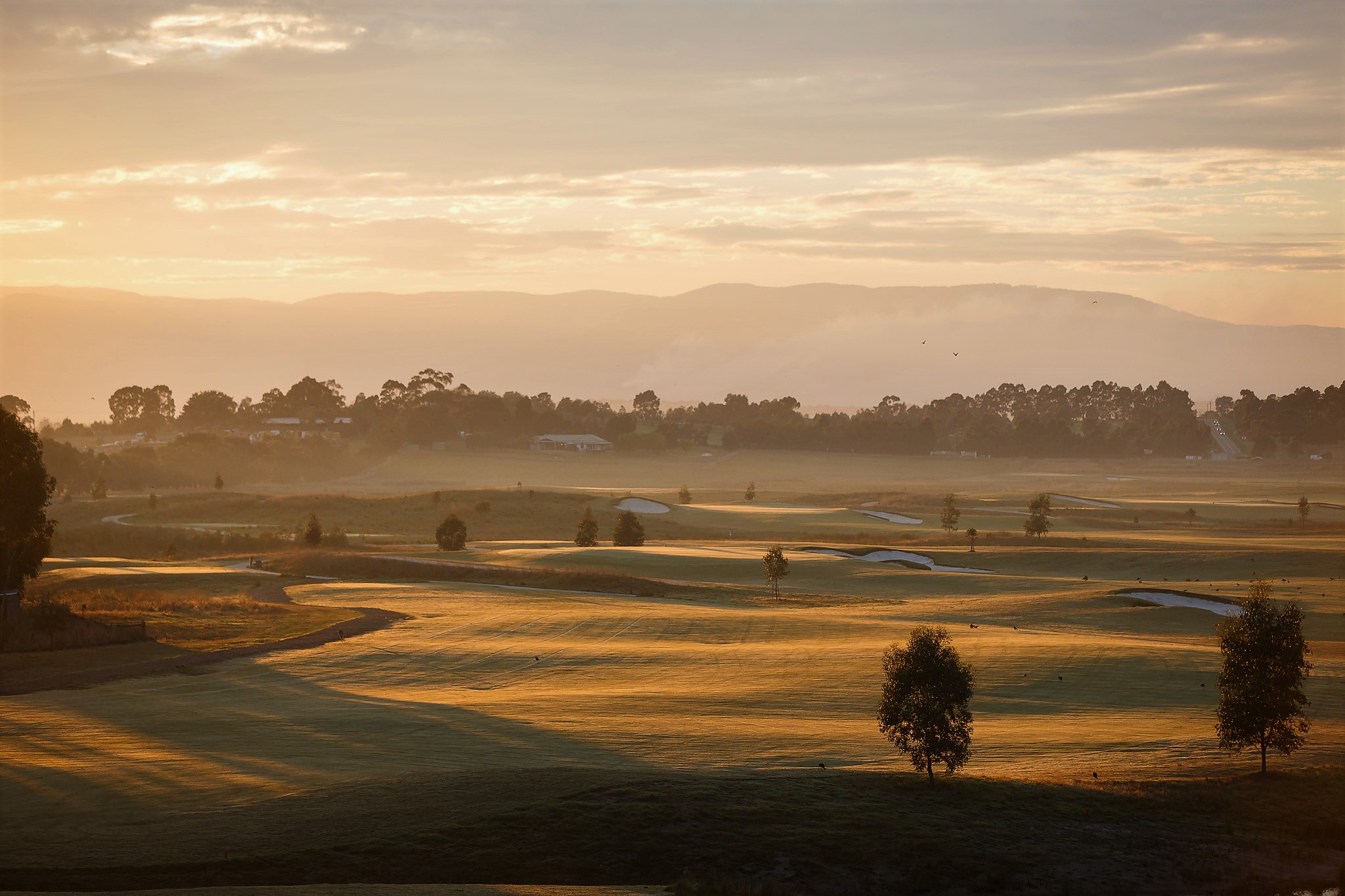 Courtesy of The Eastern Golf Club

Dating back to 1854, Chateau Yering​ Hotel is a grand Victorian mansion which has been lovingly restored as a boutique five-star hotel. Set on a 250-acre estate, the chateau offers 32 lavishly furnished suites, many with views of the heritage-listed gardens and the Great Dividing Ranges. In addition, the hotel has a tennis court, swimming pool and private function rooms and features two restaurants, Sweetwater Cafe and the award-winning Eleonore’s Restaurant.