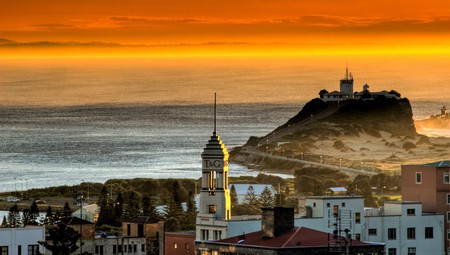 The second biggest city in New South Wales and the second oldest in Australia, the old steel town of Newcastle has reinvented itself in recent years, becoming one of the Australia east coast’s hottest — and most underrated — destinations. And this is exactly why you should make the two-hour trip from Sydney to visit this booming city.

Bondi might be beautiful but there’s no denying it’s crowded — that’s a problem you won’t run into along the Newcastle coastline. From Port Stephens in the north to Lake Macquarie in the south, there’s more than enough sand for everyone, including the inner-city Nobbys Beach, the enclosed ocean baths at Newcastle Beach, the surf break at Merewether and the dog-friendly Horseshoe Beach. 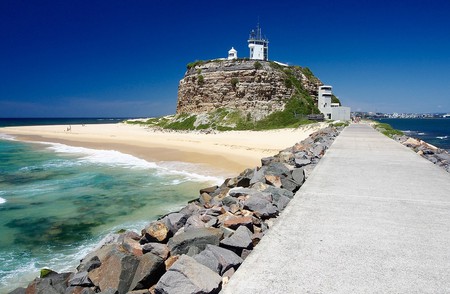 And so is the harbour

Newcastle is the largest coal-exporting harbour in the world — but those bulk carriers have been joined by a growing number of cruise ships full of visitors keen to see what Newcastle has to offer. Go past Nobbys to the end of the breakwall to gawk at the vessels as they enter the port.

The cafes are vibrant

Those seaside vibes feed into Newcastle’s dynamic coffee scene, which is right up there with Sydney’s (and free of the pretentiousness). Don’t believe that Novocastrians take their coffee as seriously as their coal? Cafes like Good Brother in the city centre, Esther C. in Merewether, Ground Up Espresso in Carrington, Dark Horse Espresso in Wickham and Suspension Espresso in Islington will convince you.

The street art is colourful

Newcastle’s industrial roots are fertile soil for urban artists, who have transformed the city’s walls into an outdoor gallery. The laneways of working-class suburb Wickham and lakeside Belmont further south have erased graffiti with some serious street art, and you won’t struggle to find an Instagrammable mural in the inner city, either. 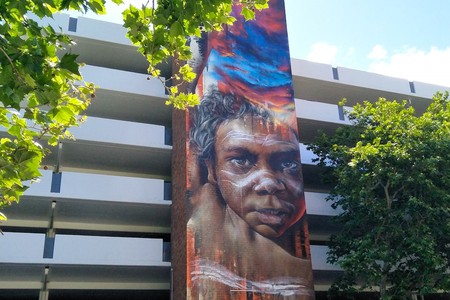 Newcastle’s outdoorsy lifestyle extends to the network of bike trails that criss-cross the city, making it far easier for cyclists than most other cities (especially Sydney, which reserves a unique disdain for bike-riders). Popular routes include the inner-city waterfront, the breakwalls at Nobbys and Stockton, the seaside Bathers Way and the Fernleigh Track down to Lake Macquarie — plus, there are even Swipe ’n’ Ride bikes to get around the city centre.

There’s a world-class wine region on its doorstep

The Hunter Valley — Australia’s oldest wine-producing region — is just a 45-minute drive from Newcastle, so you’d better sort out a designated driver to let you sample a few local drops. The 150-odd wineries in the Hunter are famous for their Semillon, but also produce quality Chardonnay, Shiraz and Cabernet Sauvignon as well. 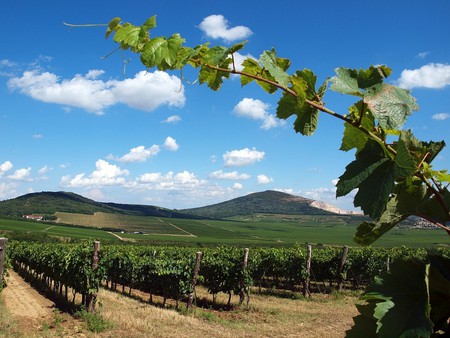 As well as Port Stephens

It’s a similar distance to sparkling Port Stephens, home to 26 glittering beaches and so many marine activities you’ll feel positively amphibious after you visit. Meet the resident pod of 140 bottlenose dolphins, marvel at the tens of thousands of whales as they make their annual winter migration along the ‘Humpback Highway’ and experience the Worimi Conservation Lands, which contain Australia’s largest sand dune system stretching along Stockton Beach.

The locals are obsessed with rugby league

There’s something in the water around the Hunter that injects the locals with a rare fanaticism for football, which holds a special place in the community. The city’s NRL team, the Newcastle Knights, are emerging from a long stretch languishing in the doldrums, but crowds of 20,000 flock to McDonald Jones Stadium every other weekend to support their club on the path back to the top for the first time since the retirement of Andrew ‘Joey’ Johns, arguably the finest rugby league player ever, back in 2007.

The nightlife is lively

The history is rich

The Tasmanian capital Hobart disagrees, but Newcastle maintains that it is Australia’s oldest city after Sydney. Settled by the British in 1804 and named after another old coal port in the motherland, Newcastle’s storied past is evident in the 19th century Fort Scratchley looking over Nobbys Beach, the towering Christ Church Cathedral, the Convict Lumber Yard archaeological dig site in the heart of town and the replica 1920s tram that gets about town. 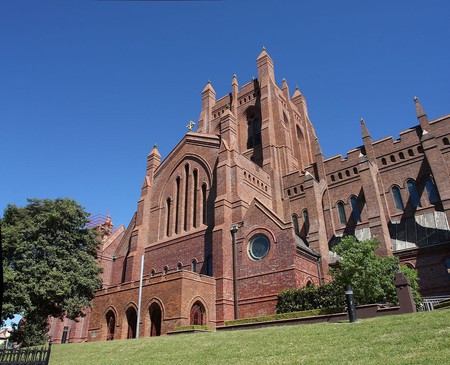 Sydney is just down the road

Only 162km south, in fact — a lazy two-hour drive down the M1 Pacific Motorway. So close that there’s really no excuse to not add the other Harbour City to your itinerary if you’re spending a bit of time in Sydney, especially if you’re road-tripping up Australia’s east coast.