10 Things To Know About The Gold Rush 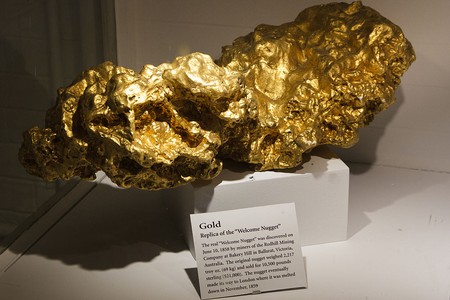 Victoria, previously known as the Port Phillip district, became the colony of Victoria in 1851, the same year gold was discovered. The rich history of the Gold Rush helped to shape the Australia we know today, continuing to exert an influence. Here are 10 things you need to know that occurred through the Gold Rush.

Tens of thousands travelled from South Australia, Western Australia, New South Wales, Vans Dieman land, and New Zealand and joined the gold rush. News of the rich discoveries, at the Mount Alexandra diggings, reached Britain, and with the arrival of eight ships loaded with bullion, ‘The Australian madness’ took hold. By the end of 1851, 30,000 unassisted migrants had arrived. Many were young single men, adventurous and spurred on by the stories of picking up gold from the streets.

A replica of the “welcome nugget”, found at Ballarat | © Anatoli Lvov/WikiCommons

The Gold Rush brought a more diverse population to Victoria, although it was still overwhelmingly Angelo-Celtic and Irish. From Europe came Poles, Hungarians, Germans, Scandinavians and Italians. Mainly younger men, they had left their own countries for the lure of gold. Americans were also well represented on the fields, bringing with them their ‘dangerous’ ideas of colonial independence. The Chinese population in 1853 reached 2,000 in Victoria, as many came for the jobs that were abandoned. Gold was also discovered at Maldon and Stawell in 1853, bringing even more people. 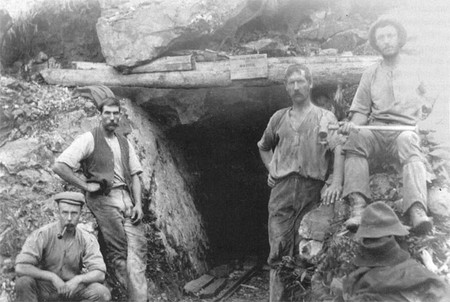 Aboriginal’s involvement in the gold rush

Until recently, Aboriginals have been largely invisible in the story of the Victorian gold rush. Research over the past 10 years suggests gold brought new threats and opportunities to the surviving Aboriginal families, who by 1851 numbered only 2,000 across the colony. White settlers left their everyday jobs to go search for gold, leaving a number of jobs open for Aboriginal workers. This was the first time Aboriginals could compete on equal terms with white laborers. Aboriginal people were attracted to the goldfields, as the goldfields were on clan land and offered opportunities for trade and exchange. 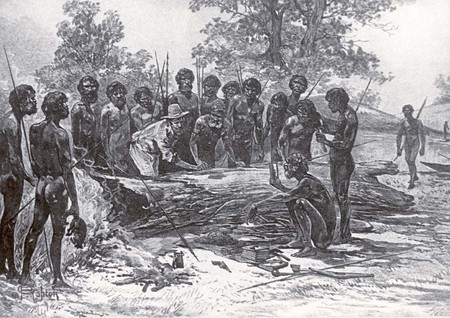 Melbourne’s utilities throughout the Gold Rush

With the increase of population, Melbourne lacked in numerous amounts of resources, which made it a very difficult place to live. The years from 1852 to 1854 were often referred to as the ‘crisis years.’ There was a desperate shortage for accommodation, and ships from overseas had to bring in food, drinks, building materials and many other supplies to keep the increasing population comfortable. Historian Graeme Davison compared Melbourne of 1852 to Third World cities today such as Jakarta or Quito. There was also an increase of diseases, which caused many people to die from 1851 to 1854, especially young children.

Infrastructure change through the end of the Gold Rush

Australia’s gold rush has a lot of influence on Australia’s infrastructure and its historical buildings that still stand today. Dirty, dangerous, and overcrowded Melbourne was to become the capital of one of the wealthiest colonies in the world. During the decade of the gold rush, the diggers, and later the company mines, produced one-third of the world’s gold output. Australia traded gold for British supplies, and by the early 1850s, Australia had consumed 15 per cent of British exports. You can still see most of the confidence Victorians had through the gold rush buildings and towns. The city’s infrastructure was being modernized — the roads were being laid, steel bridges crossed the deep gutters, railways were built, and the Yan Yean reservoir was opened to provide clean water to the city. All these important infrastructure wonders demonstrated that Melbourne was turning into a civilized city.

Developments Outside Of The City

While Melbourne grew, its population fell from 38 per cent in 1851 to 23 per cent in 1861. Most people in Victoria lived on the goldfields; a third still lived in tents. Urbanization was just as important as other outcomes of the gold rush. Ballarat, Bendigo, Beechworth, Castlemaine, Heathcote, Stawell, Ararat and Maryborough were all regional towns that grew from the first scrabbling in the ground and the creeks for gold. The main streets of these towns still bear witness to their ‘golden age’ with their ornate buildings, a testament to the wealth and confidence these towns once had. 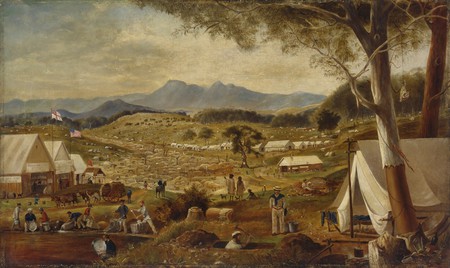 The Environmental Change due to the Gold Rush

The impact of the gold rush on the environment was almost entirely destructive. Photographs of the goldfields that were taken in the late 1850s showed treeless hills, mounds of mining waste, and mud and dust, resembling the battlegrounds of the First World War. There was no vegetation or greenery to be seen. Deforestation, pollution, erosion and siltation came with the gold rush, and still today, there are some landscapes that have not recovered due to onslaught. 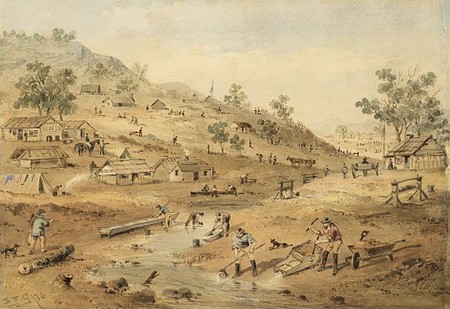 Life on the fields for diggers was physically hard: diggers worked from dawn to dusk six days a week. In summer, they battled heat, dust and thirst; in winter, they worked in mud, cold temperatures, and water. Shelter consisted of tents, food was expensive, clean water and fuel were difficult to find, and injuries and disease were a constant threat. There was no guarantee of finding gold, so most looked for regular employment. However, there were stories of lower class young men finding luck among the goldfields, which resulted in fear and confusion disrupting the social standards and orders. 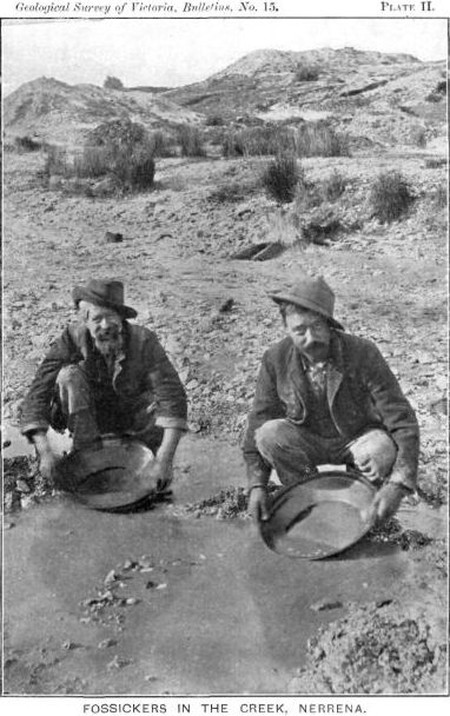 The goldfields were typically described as a masculine society. In 1853 it was estimated that the total goldfields population numbered 46,550 men and 10,740 women, and throughout the decade there were concerns with the uneven sex ratio. However, women did work and live on the goldfields independently or as wives, mothers, sisters and daughters. They also pursued a variety of occupations such as teaching and becoming nurses. In the nineteenth century, women were seen as a civilizing influence over men, providing stable and happy homes and curbing negative male behavior. Women were seen as ‘God’s Police’, who would civilize single men and create Christian families.

The Eureka Stockade is possibly one of the most famous events from the 1850s and is the one that is most closely associated with the gold rush. The Diggers at Ballarat protested the government tax, which was called the miner’s license — every miner had to pay it, regardless of their success on the field. Petitions, demonstrations and letters had little impact on Governor Hotham, and a small group of members took up arms. The rebellion saw, on the Ballarat goldfields, 30 diggers and five soldiers killed. The impact of Eureka on the political progress of Australia is still debated today. Some say the rebellion simply sped up the democratic processes already taking place; others regard it as a pivotal moment in Australia’s democratic history. 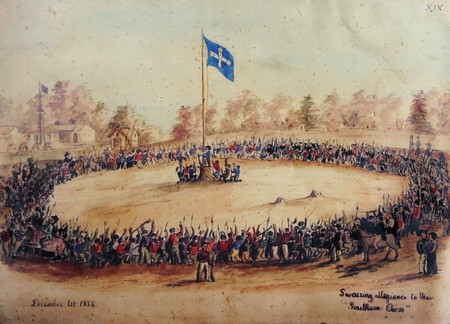