10 Non-Touristy Things to Do in Sydney 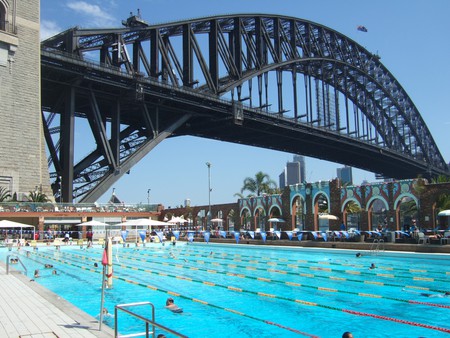 Let’s face it, Sydney attracts a lot of tourists. There are a few big-ticket items—Bondi Beach, the Opera House, the Sydney Harbour Bridge, Taronga Zoo—that every visitor makes a beeline to, bringing queues and inflated prices with them. Want to wander off that well worn path? Escape the crowds on these non-touristy days out.

While Sydney’s most famous coastal walk between Bondi and Coogee is clogged with tourists, you’ll feel like you’ve got the equally spectacular Spit Bridge to Manly walk all to yourself. Take in some of Sydney’s most scenic coastline on the northern edge of the Harbour between Mosman’s Spit Bridge and beachside Manly, linked by a leafy 10km trail that includes secret beaches like Fisher Bay and Sandy Beach. Rehydrate at the Manly Wharf Hotel before catching the ferry back to Circular Quay.

Catch the ferry to Cockatoo Island

The largest island in Sydney Harbour is also a short ferry ride from Circular Quay, and a compulsory stop for visitors interested in the Harbour City’s colonial past. Step through Cockatoo Island’s history as a convict settlement then a ship-building dockyard to learn why it’s a UNESCO World Heritage site, and if the convict ghosts don’t scare you off, you can even spend the night in one of the heritage apartments or ‘glamping’ tents.

The best thing about this place is that—as the name suggests—it’s a secret. Tucked away next to Luna Park, just a stroll from the northern end of the Sydney Harbour Bridge, this whimsical web of shaded paths, stairways and sculptures has been maintained for the last 20 years by Wendy Whiteley, wife of legendary Australian artist Brett Whiteley, so visitors can enjoy a tranquil green oasis on the doorstep of the city. The garden is free to enter and it’s never besieged by tourists—it is a secret, after all.

Nothing more exciting than finding a secret garden 🌻🙌🏼

Perhaps the only better view of the city from the north side of the Bridge is found at this pool, just on the other side of Luna Park from Wendy’s Secret Garden. The 50m lap pool is perched right under the Sydney Harbour Bridge with a huge grandstand for those more interested in staring at the city skyline than the thin black line on the bottom of the pool. The harbour-side suburbs of Kirribilli and Milsons Point are only a 20-minute walk over the bridge from the city, but feel a world away from the touristy bustle of Circular Quay and The Rocks.

Sydney’s Vietnamese capital is Cabramatta, 50 minutes by train from Central Station—and the reward for the journey is the best banh mi and most flavorsome pho this side of Hanoi. Cabramatta’s main drag, John Street, is jam-packed full of dozens of Asian eateries dishing up authentic flavours made with the freshest ingredients—food tours are available but it’s easy to follow your nose. There’s also great pho to the found in Marrickville, closer to the city. 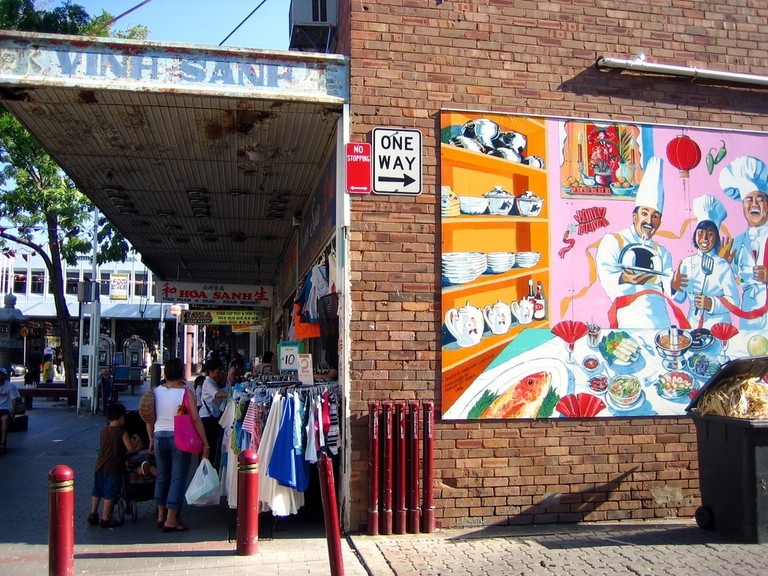 Strip off at a nude beach

Sydney’s clothing-optional beaches offer some of the best views in the city—and no, that doesn’t refer to the sunbathers keen to tan every inch of their body. Obelisk Beach—a tiny bay surrounded by idyllic national park—and Lady Jane Beach—an equally secluded strip of sand on the other side of the harbour. Both offer stunning vistas of some of Sydney’s most exclusive real estate, best admired au natural in surroundings where tourists are about as common as a stitch of clothing on the exhibitionist locals.

The community of proudly independent retailers is what gives Newtown—Sydney’s bohemian heartland —its indescribably unique vibe. Stroll down the main thoroughfare King Street—split into the lively North King Street, and the more up-market South King Street—to experience a galaxy of vintage clothes stores, second-hand shops, designer fashion boutiques, musky book shops, trendy cafes, and an eclectic gathering of restaurants covering every cuisine you could ever think of. 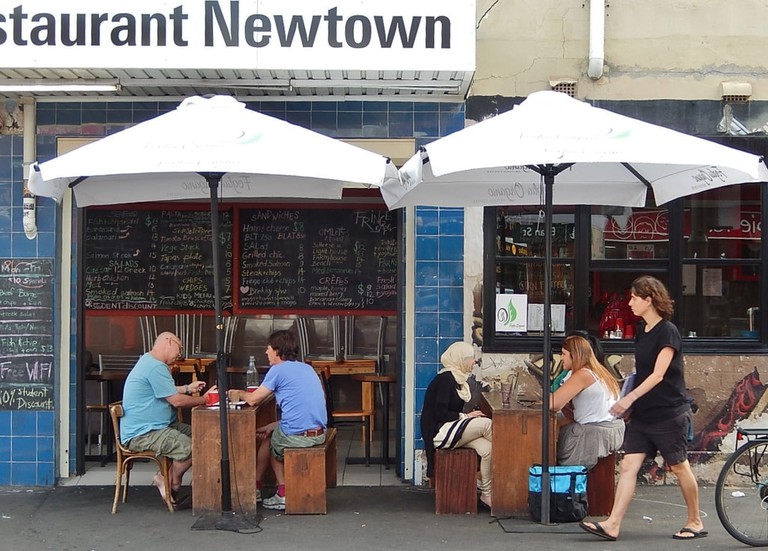 There are few better ways to fill a balmy evening than with a film under the moonlight, and in summer, open-air cinemas spring up all around Sydney. The St George OpenAir Cinema at Mrs Macquaries Point in the Royal Botanic Gardens wins best backdrop for its views of the Harbour, but the Moonlight Cinema at Centennial Park, Ben & Jerry’s Openair Cinema at Bondi and the Sunset Cinema at North Sydney Oval are all worth a visit, too. There’s even the Skyline Drive-In Cinema in Blacktown if you’re feeling a little bit retro.

See some sport at the SCG

Grab a pie and a beer and tuck into Australia’s national obsession—sport—at the Sydney Cricket Ground, a grand old stadium dating back to the 19th Century. The SCG’s elegant Members Pavilion has hosted generations of sporting royalty since 1886 and continues to today, home to Aussie Rules AFL club the Sydney Swans during winter and various cricket matches over summer. 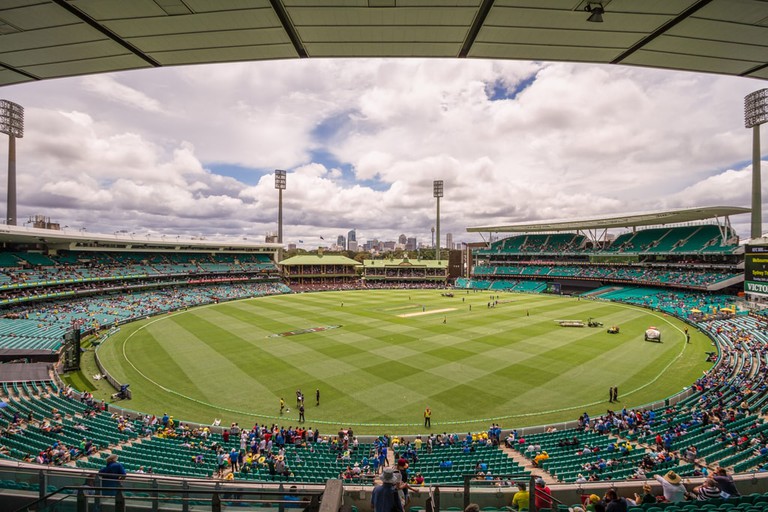 Have a schooner at the Newport Arms

Perhaps the only obsession that rivals Australians’ passion for sport is our love of amber liquid—and there aren’t many better places to sip a beer than the Newport Arms, a mega-pub on Sydney’s Northern Beaches. The lush gardens overlooking Pittwater’s serene bay are home to restaurants serving burgers, pizza, seafood, Asian cuisine, dessert, and pretty much whatever else you’d like to accompany your quiet tipple.