10 Movies That Were Filmed In Victoria, Australia 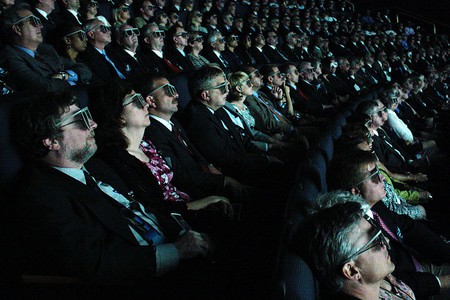 Victoria’s natural landscapes and architectural cityscapes are often used by national and international filmmakers in search of diversity and unmatched beauty. From Aussie classics to novel adaptations, action films and historical dramas Victoria’s rural towns, world class soundstages and laneways act as backdrops to epic tales. Here are the top ten movies that were filmed in the great state of Victoria.

The much loved Aussie comedy The Castle tells the story of a blue collar family and their fight to save their humble ‘castle’ from compulsory acquisition. This 1997 classic was filmed in just 11 days with a budget of $750,000. The film went on to earn over $10,000,000 at the box office and introduced audiences to Eric Bana. The external shots of the Kerrigan Home were filmed at 3 Dagonet St, Strathmore and the holiday home was located in Bonnie Doon. Both the Essendon and Melbourne Airport were used for the airport shots, and buildings including the Brunswick Town Hall and Supreme Court of Victoria were also used in the film.

Many films on this list were filmed in Melbourne despite being set someplace else, but possibly the biggest line up of stars ever to work together in Melbourne did so on a film that was set here in a fictitious 1964 following World War Three. Gregory Peck, Ava Gardner, Fred Astaire and Anthony Perkins travelled to Melbourne in January 1959 to film On the Beach, an adaption of Nevil Shute’s 1957 novel of the same name. Scenes were filmed in Frankston, Melbourne, St Kilda and Cowes on Phillip Island. The film has been immortalized with streets built at the time in Berwick named after the author and director.

Ned Kelly spent almost all of his life in rural Victoria so it’s not surprising that small country towns were selected as filming locations. The 2003 drama starring Aussies Heath Ledger, Naomi Watts, Geoffrey Rush, Rachel Griffiths and Englishman Orlando Bloom transformed existing towns by giving them an 1800s makeover. Broadford, Glenfern, Hepburn Springs, Bacchus Marsh and Little River were all used in the film. Ballarat was also featured, which appears in three scenes and Clunes which depicts Jerilderie and Euroa and the infamous bank robbery. The 1970 version starring Mick Jagger in the title role was also partly filmed in Victoria.

Based on the book of the same name by Australian author Rosalie Ham, The Dressmaker, staring Kate Winslet, Liam Hemsworth and Hugo Weaving, takes place in the fictional town of Dungatar, which was built entirely from scratch in September 2014 in Mount Rothwell. Other locations used included Muckleford railway station, Ballarat Street in Yarraville, Murtoa, Williamstown, the Wimmera region, Jung Recreation Reserve for the football game scenes, Docklands Studio for interior scenes and Little River. Filming concluded at the Longerenong Homestead near Horsham where the wedding reception takes place.

Released six months after Aaliyah’s tragic death, the vampire horror movie Queen of the Damned was filmed in Melbourne. Loosely based on Anne Rice’s third novel in The Vampire Chronicles series, the films shooting locations included the old Nestle factory in St Albans, Rosati’s Bar in Flinders Lane, the outside of Honky Tonks Bar in Duckboard Place, RMIT’s Storey Hall and the Wyndham Quarry in Werribee, which served at Lestat’s concert in Death Valley. Sorrento, Portsea, Rippon Lea Estate, Montsalvat in Eltham and St Helier’s Convent in Abbotsford were amongst the other locations.

Set in Texas, Ghost Rider is based on the Marvel comics character of the same named and was filmed in a number of locations in Victoria. The supernatural superhero is played by Nicholas Cage with Eva Mendes as the love interest. While some scenes were filmed at the Dockland Studios, many were filmed on location. The scene where the deal with the Devil is made was filmed in Bacchus Marsh and the SoBe Dome stunts were filmed at Etihad Stadium. Newport Railway Workshops, Little Collins Street and Russel Street feature in the film as does the Southbank Pedestrian Footbridge, Melbourne General Cemetery and the St Mary Star of the Sea Catholic Church.

Decades before Fury Road, the original Mad Max was just as big of a hit, holding the Guinness record for ‘most profitable film from 1980-1999’ earning over $100 million worldwide. Directed by George Miller and starring Mel Gibson Mad Max is a dystopian tale filmed in numerous locations in Victoria including; Little River, Point Wilson Road, Laverton North on Cherry Lane, Craigburn, Kirks Bridge, Spotswood MMBW Pumping Station and Mernda, just to name a few. The now disused Pretty Sally Roadhouse is located in Wallan and the beach house is located on the great ocean road in Fairhaven and sold for $1.1 million in 2000.

Set primarily in a little boys imagination Where The Wild Things Are needed to be filmed in extreme locations and director Spike Jonze found those in Victoria. Based on the 1963 illustrated children’s book by Maurice Sendak the film is a mix of live action, CGI, animation and costume. The island Max is marooned on is Bushrangers Bay and the desert sand dunes scene was filmed at Discovery Bay Costal Park. Gembrook forest, Williamstown, Newport, Little River, Mt Arapiles and the Docklands Studios were amongst the several locations used during production.

Nicholas Cage is practically a local with the amount of time he spends filming in Melbourne. A few years after filming Ghost Rider he was back to film the sci-fi thriller Knowing with Australia’s very own Rose Byrne. Although the film is set in Boston, it was filmed in Melbourne and locations included the Geelong Ring Road, Melbourne Museum, Mount Macedon, the corner of Collins Street and Williams Street which become the corner of Lafayette Street and Worth streets in New York City, the steps of Parliament House, Southbank, the Docklands and Camberwell High School, whose notable alumni includes Kylie Minogue.