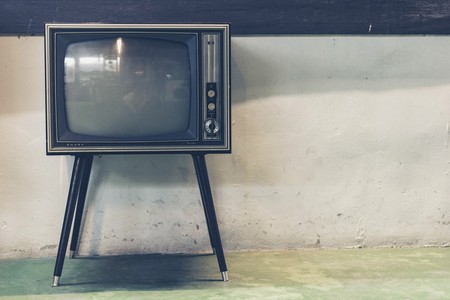 Australians are known for their easygoing nature and sense of humour. Fortunately, the funniness doesn’t stop when it comes to television shows and commercials. Although there are definitely stricter rules and regulations today, Australia has produced some hilarious TV advertisements over the years. Here are 10 of the funniest to have graced Australian screens.

Hahn Premium Light, a Lion Nathan beer brand, released two hilarious, but similar, TV advertisements in the mid-2000s. The Spa Bomb ad features a woman having a luxurious bath, before her partner dives into the pool, completely ruining the moment. As he reaches for his Hahn Premium Light beer, she gives him a look of disgust, which he replies to with, “What?” This ad won the award for the most Outstanding Funny TV Commercial at the 2003 Australian Comedy Awards. The company followed with another hilarious ad in 2004, entitled Bean Bomb. It follows the same premise. A woman is relaxing in a bean bag beside a pool, before being catapulted into the pool by a guy, who reacts in the same way as the previous commercial.

Yellow Pages had two hilarious advertisements on Australian TV, before the internet became king. The first commercial was on Australian screens from 1992 to 1999. The Goggomobil Man was an award-winning advertisement. Ask any Australian and they will undoubtedly be able to quote one of the commercial’s classic lines: “G-o-g-g-o”. In the character’s Scottish accent, of course.

Created by George Patterson and Partners (Young & Rubicam) in Melbourne, the Carlton Draught Big Ad is an award-winning Australian beer advertisement. Released in 2005, it does seem to parody the visual style of huge mountain-based battle sequences in movies like Lord of the Rings. The simple wording at the bottom of the screen, and the epic (and sometimes awkward) merging of red and gold will make you laugh. The Big Ad went on to win over 30 awards around the world, including a Gold Lion award at the 2006 Cannes Lions International Advertising Festival.

How do you pick a favourite funny Toyota Hilux ad? The most talked-about advertisement belongs to the company’s Bugger commercial. It’s filmed on a property, where a lot of things go wrong: “bugger”. It was first released in New Zealand in the late 1990s. Australians really have this commercial to thank for making the word such a large part of their current vocabulary. If one isn’t enough, check out the Joyriding Bulls ad. Released in 2005, it follows two bulls who go on a funny journey around their owner’s property in a Toyota Hilux ute.

Former AFL player, Sam Kekovich is Meat and Livestock Australia’s Lambassador. His controversial Australia Day advertisements to promote serving lamb are both iconic and hilarious. His 2012 commercial sees him refer to Shane Warne and Liz Hurley’s relationship (“bleaching his pearlies for Hurley”), Lady Gaga’s meat-inspired outfit, and those photos of Pippa Middleton from the Duke and Duchess of Cambridge’s wedding. Kekovich even popularised the term “un-Australianism”.

Back when companies were enticing Australian audiences to get broadband internet, Bigpond (Telstra’s internet service provider) created some classic advertisements about the wonders of the internet. In this particular example from 2005, a young child asks his dad about the creation of the Great Wall of China. The dad’s reply includes a mention of “Emperor Nasi Goreng” and “too many rabbits”. If only he’d turned to the internet instead.

The Rhonda and Ketut love story captivated Australian audiences. AAMI ran this campaign—focusing on their insurance policies—for three years, until 2014. Rhonda was played by prolific Australian actress, Mandy McElhinney, and Ketut was played by Kadek Mahardika. The funniest Rhonda/Ketut ad features them in Bali, when Ketut hands Rhonda a drink and says she looks “hot … like a sunrise”. The ongoing campaign saw Rhonda and Ketut t-shirts being sold in Bali, and fan pages being created on social media.

This is the other hilarious Yellow Pages previously mentioned. The Not Happy Jan commercial was released in 2000. It is about a boss, who asks her assistant Jan why their business is not listed in the Yellow Pages. Cue Jan running away and the boss yelling after her: “not happy Jan”. These three words quickly became a part of Aussie lingo, and Australians still utter the saying today.

Australia honestly has a way of making everything hilarious, including feminine hygiene products. This advertisement shows a man using his imagination when it comes to his girlfriend’s Libra Invisible products. In 30 seconds he creates some very original costumes. In 2012, the Huffington Post said that the TV commercial might be the best feminine hygiene ad ever.

This 2004 Bundaberg Rum advertisement was centred around the drop bear, a mythical Australian creature that locals talk about to scare visitors. At a campsite, a group of Australian men, drinking Bundaberg Rum, mention drop bears to a group of Scandinavian women. At first the women don’t believe the stories, but then Bundy Bear—Bundaberg Rum’s polar bear mascot—drops out of the tree and squashes their tent, so the women run to the men’s camp.