Though Australia is half a world away from the major runways of Europe and the United States, the Lucky Country’s fashion designers are taking these international venues by storm. Enjoy our guide to the most important up-and-coming designers from Australia that you should keep an eye on. 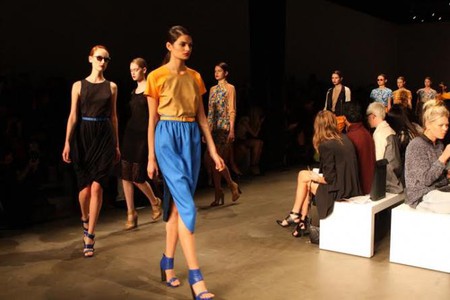 Alistair Trung’s label is beyond mere clothing—it’s an interactive art form. The self-described ‘cloth addict’ says he only designs half of his pieces, namely the tribal-inspired, sultry fabric and the other half – the final shape of the piece – is left up to the wearer. In an interview with the Sydney Morning Herald, Trung encourages those who wear his designs to drape, gather, fold, knot and twist the fabric in an experimental nature to make the piece their own, a concept he says he finds empowering: “my mission is to give women back their own bodies, to create a language of clothing that enables people to be more forgiving to themselves,” the Vietnamese-American writes on his website. 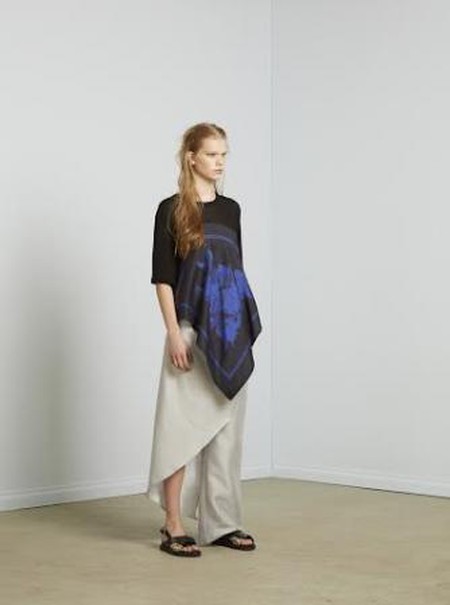 Sydney-born designer Christohper Esber says perfection is his aim and based on what he’s achieved within the past few years, he’s well on his way to achieving it. Esber is only in his mid-twenties and has already presented his designs on major national and international runways, won the 2012 L’Oréal Melbourne Fashion Festival’s National Design Award; had his label submitted to a global talent search conducted by the British Fashion Council during London Fashion Week; earned the title of Best Up and Coming at the 2013 Prix de Marie Claire Awards and received the 2013 Australian Wool Innovation Woolmark Prize.

Twenty-eight-year-old Dion Lee of Sydney is a big figure in the promotion of Australian fashion on global runways. His innovative label is filled with a medley of experimental designs, ranging from architectural, ornately patterned tunics to sexy, smart cocktail dresses with geometric cutouts, mesh details and asymmetrical hems. Uniting this diverse array of concepts under the umbrella of functionality has made Lee an Australian icon both within and without the country’s borders—in 2010, for instance, Lee became the first designer to have a show at the Sydney Opera House and in 2012 he won the International Woolmark Prize for the Australian region. 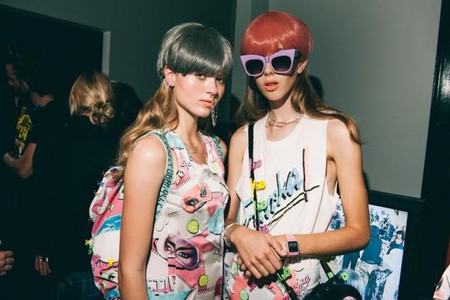 Sydney-based designer Kaylene Milner’s masterful use of textures and patterns transcends seasons. Drawing on her time working in the New York fashion industry on a scholarship, Milner artfully blends earth-toned and kaleidoscopic patterns and materials in unconventional combinations. Her collections are complex and organic, featuring designs that range from cable-knit cocktail dresses practically begging to be worn out on a breezy summer night; to dreamy, sheer frocks with bold, embellished leather panels; to luxurious, earth-toned wool cardigans with ruffles and fur accents. Her talents elevated her to the Qantas Spirit of Youth Awards in 2013, where she was named runner-up. 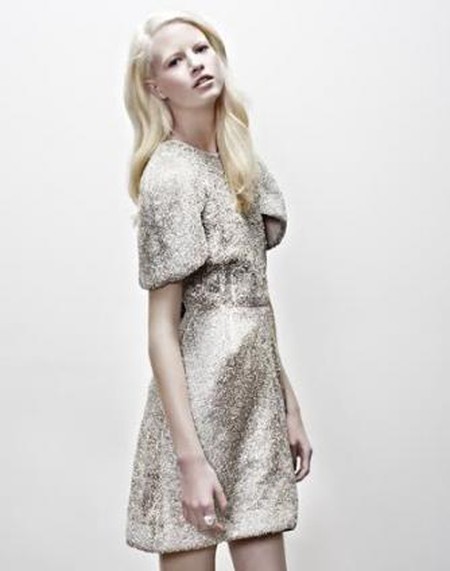 Growing up in what she describes as a ‘creative household’ in Perth allowed Kym Ellery to explore her passion for design at an early age. After attending Central St. Charles Martin, an elite fashion school in London, Ellery explored the industry while working at Russh magazine, before launching her own label of womens wear in 2007. Just a year later, Ellery was a finalist for the Qantas Spirit of Youth Awards, and in 2010 she was a contender for the Woolmark Designer of the Year. Her precise, confident designs are routinely structured yet fiercely feminine – they’re regulars on the pages of Harper’s Bazaar and U.S. Vogue and favorites of female celebrities such as Madonna, Nicole Richie, Eva Mendes, Georgia Jagger, and Dita von Teese.

Just a few years after she made her runway debut at the 2011 L’Oréal Melbourne Fashion Festival, Melbourne-based designer Livia Arena is already making a name for herself across the country with timeless, sophisticated and incredibly well-made womens wear. In an interview with Mildred online magazine, Arena says her pieces are crafted from natural fabrics like silk, leather and wool in order to last season after season. Her designs follow the same mantra, emphasizing classic forms, chic details, color blocking and clean-cut necklines, ensuring the pieces are far from average. Arena’s designs are worthy investments and fashion industry giants are taking note—in 2014, Arena was nominated for a Tiffany & Co. National Designer Award.

Sydney-based designer Mariam Seddiq is to be thanked for the influx of high fashion gowns with graceful, sheer cutouts and ornate beading. Her elegant, sultry frocks are embellished by hand with unexpected, tribal-inspired embroidering and sparkling crystals, especially around the necklines—which isn’t surprising, given that Seddiq also designs statement necklaces and other jewelry. Her creations push ‘the boundaries between evening wear and high fashion’, as Seddiq herself states in an interview for QT Fashion Week & Awards on the Gold Coast. As a result, those lucky enough to wear Seddiq’s bold couture need little to no accessories to make a glamorous statement.

Sydneysider Michael Lo Sordo’s collections demonstrate that romantic shapes don’t always have to be dainty or understated. Taking advantage of the unstructured nature of billowy, sheer fabrics, Lo Sordo plays with layers and ruffles so that the pieces seem to caress and float around the wearer’s frame. Lo Sordo’s stunning lineup of womens wear has been shown on runways at Australian Fashion Week every year since 2008 and has earned him several awards—among them the 2006 Young Designer of the Year award at Sydney’s Propeller Fashion show and the top prize in the fashion category at the 2012 Qantas Spirit of Youth Awards.

Virginia Martin’s childhood was filled with sewing lessons from her mother, sparking an early interest in design and leading her to pursue a career in the field of fashion. She founded her own clothing line at the age of 19 and after spending time as a fashion intern for several labels in New York, Martin morphed her line into a full-grown label entitled Búl. Inspired by specific coastlines around the globe, each of Martin’s collections is deliberately unique but equally delicate and striking.

Haley Henschel is a Journalism and Global Cultures student living in Madison, Wisconsin, whose interests include the media, illustration and feminism. She plans to move to Australia after graduation to pursue a career in travel writing and eating too many Tim Tams. Keep up with her escapades on Twitter.