10 Australian Animals That Have Their Own Songs 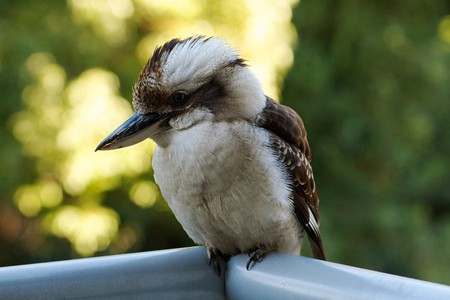 Sure, a sheep isn’t a native Australian animal, but you can’t leave Australia’s unofficial national anthem off this list. More than 600 recordings have been made since it was written by legendary bush poet Banjo Paterson in 1895 and put to music in 1903. It’s been belted out everywhere from battlefields to sporting arenas. Just don’t concentrate on the lyrics too much though — Waltzing Matilda is actually the story of an itinerant worker who commits suicide after being caught stealing a sheep.

A strange thing happens when this 1971 Daddy Cool tune is played at a pub or party in Australia: The men converge on the dance floor, loosen their belts and wiggle their hips until their pants fall down to their ankles. Why? Who knows. “I suppose it’s got the silliness that was part of the charm of Daddy Cool,” said frontman Ross Wilson, whose signature track is perhaps less about Australia’s largest bird of prey and more to do with ‘doing the Eagle Rock,’ which has become slang for, ahem, consummating a romantic relationship.

Elton John was touring Australia when Eagle Rock spent 10 weeks at the top of the pops. He was thus inspired to write his own reptilian version 12 months later — Elton’s lyricist Bernie Taupin even wore Daddy Cool merchandise for the album cover of Don’t Shoot Me I’m Only the Piano Player. And, like Eagle Rock, Crocodile Rock is almost certainly less of a homage to Australian biodiversity than a reference to a long forgotten dance move that piques Elton’s nostalgia for the 1950s and ’60s.

Tie Me Kangaroo Down, Sport

This 1960 hit about an Australian stockman on his deathbed introduced the world to Rolf Harris and his wobble board, hitting the top 10 of the charts in Australia, the United States as well as the United Kingdom. With ‘Fifth Beatle’ George Martin as its producer, it’s a ditty Australians would rather forget now that Harris has been convicted of sex crimes in the U.K.

We don’t enjoy white Christmases in Australia, so Rolf Harris decided to sing about white kangaroos instead — six white boomers named Jackaroo, Bluey, Curly, Two-Up, Desert-Head and Snow who Santa swaps for Rudolph and his reindeer crew when he hits Oz. Sadly, another roo-based tune that’s fallen off playlists since Harris got tossed in the clink.

This isn’t a song about an Australian animal — it’s a whole band about one. Goanna — named after the enormous lizards that roam northern Australia — formed in 1977 and released its iconic hit Solid Rock five years later, protesting mistreatment of Australia’s Indigenous population.

Pun-lovers rejoice! There’s hardly an Aussie animal that hasn’t been shoe-horned into this spoken-word comedy single by Austen Tayshus which spent eight weeks on top of the charts in 1983. “My mate Boomer rang. Will Walla be there? Let’s go, Anna. Only if Din goes. How much can a Koala bear?” Pun-tastic.

Meet the semi-aquatic egg-laying mammal of action, who’s a furry little flatfoot who’ll never flinch from a fray. The breakout fan favourite of Disney Channel comedy Phineas and Ferb (2007-15), Perry is a dopey domestic pet who springs into action as a crime-fighting spy with a dashing fedora. He works as ‘Agent P’ for the O.W.C.A. (Organisation Without a Cool Acronym) to defeat evil scientist Dr. Heinz Doofenshmirtz and has a suitably fly theme tune to match.

Voted the greatest Australian song of all time by a poll of more than 70 Australian songwriters, this melancholic 2006 tune by Perth outfit The Drones uses sharks prowling the darkest depths of the ocean as an allegory for grief, loss and depression.

‘Kookaburra sits in the old gum tree’ is a nursery rhyme that every Australian kid learns in primary school, usually on a plastic recorder that drives parents and teachers mad. The tune became popular in the 1930s when a Melbourne schoolteacher entered it in a Girl Guides competition; it re-entered the spotlight in 2009 when the copyright holders sued Men at Work for copying the iconic flute riff in Land Down Under.