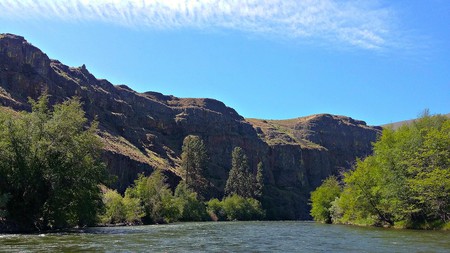 Washington state boasts hundreds of hiking trails that travel through its mountains and valleys and along its coastline.

As a large part of the Pacific Northwest, Washington prides itself on its array of outdoor recreational activities. After all, Washington’s landscape draws the most amount of tourism, with visitors traveling from all across the world to experience the dense forestry and catch a glimpse of Mount Rainier.

This pride is the reason why the Washington State Parks and Recreation Commission is debating whether or not to change the name of the John Wayne Pioneer Trail. 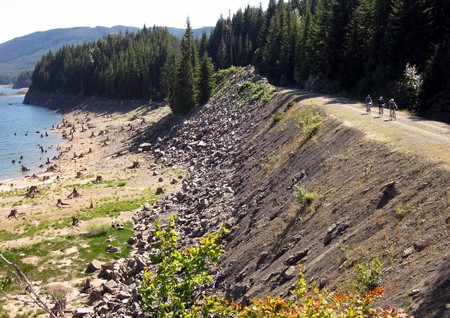 The trail is over 300 miles long and cuts across the state from the Cascade Range all the way east to the Idaho border. But the trail wasn’t always meant for hiking. It was originally built during the late 19th century as a railroad—the Chicago, Milwaukee, St. Paul & Pacific Railroad to be exact, though it’s more commonly known as the Milwaukee Road.

The railway was in use until the latter half of the 20th century, when the company went bankrupt. Shortly after, a John Wayne fanatic named Chic Hollenbeck advocated for the state to take control of the land and turn the railway into a non-motorized trail. And to promote it as a public trail, Hollenbeck took an annual trek across the state with the John Wayne Pioneer Wagons and Riders Association, a group founded by Hollenbeck himself. The name of the trail is a tribute to the fan and his outdoor recreational contributions to Washington state. 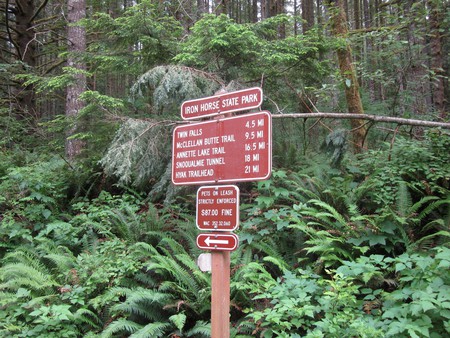 It’s a beautiful trail that cuts through different geological zones. Visitors walk through railroad tunnels, cut through the Columbia River, and pass through farms and wheat lands. But it has one glaring problem; about 100 miles of the western-most portion of the trail isn’t called the John Wayne Pioneer Trail. It’s actually part of the Iron Horse State Park.

According to the department, the trail’s celebrity name isn’t “consistent with State Parks’ policy for naming trails. The agency’s naming policy gives preference to trail names based on geographic locations, culturally significant events and places, geologic features, or relevant botanic or biological references.” Not only that, the name disparity is confusing to users. There’s no land differentiation between where the John Wayne Pioneer Trail ends and the Iron Horse State Park begins. 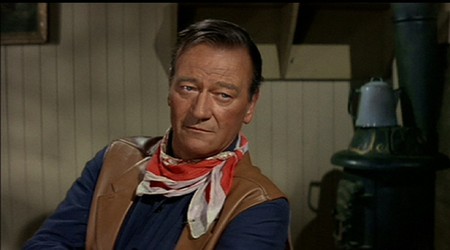 It’s been questioned whether or not the name change has anything to do with John Wayne’s beliefs. Washington is a well-known blue state and Wayne, in a 1971 interview with Playboy, made statements like:

Either way, it looks like the name is going to change. The state department is actually seeking public input on what that new name should be. They’ll be taking suggestions until May 4.