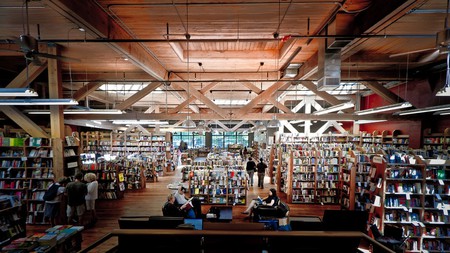 When spring arrives in Washington, the state comes alive. With the cherry blossom trees in bloom and the sunshine finally replacing the wet, gray days, residents head outdoors to welcome the fresh air and overwhelming amount of literary events scheduled for the season.

A dubbed literary mecca—as of November 2017, Seattle is an official UNESCO City of Literature—Washington is chock-full of author readings, literary festivals, and bibliophile celebrations. With that in mind, here are the top 10 literary events to check out this spring.

From April 8–10, acclaimed photojournalist Cristina Mittermeier will present the remarkable images she captured during her time with the Kayapó people in the Amazon as part of the National Geographic Live series. This is a behind-the-scenes storytelling event that will explore Mittermeier’s process, her work, and her experiences. Hosted by the Seattle Symphony, but not with the Seattle Symphony, ticket prices range between $28 and $48.

As part of Town Hall Presents, author Samantha Irby will be discussing her book Meaty with Seattle author Lindy West. Meaty, a book of essays on failed relationships, depression, and taco feasts, isn’t Irby’s latest book. But it was recently picked up by comedian Abbi Jacobson and writer Jessi Klein who are currently turning it into an FX Studios TV show. The $5 event will take place on April 11 at the University Temple in Seattle. 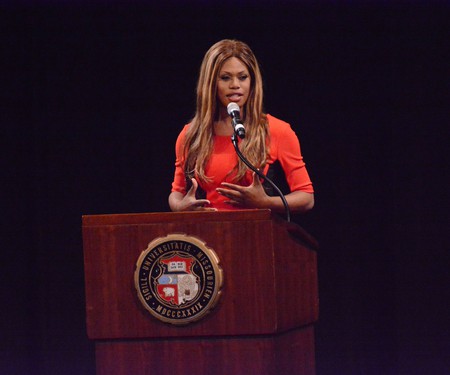 Laverne Cox: Ain’t I a Woman?

The University of Washington is sponsoring an evening with award-winning actress, equal rights advocate, and author of Daring to Be Myself: A Memoir, Laverne Cox on April 12. Her lecture borrows its title from Sojourner Truth’s classic speech and centers on the challenges that trans artists and the trans community face. The event, which is open to the public, will take place at The Moore Theatre located in downtown Seattle, and while tickets cost $10, those seeking financial assistance can contact the University Alumni Association.

For book lovers and nature enthusiasts, the Orcas Island Lit Festival is a must-attend event. The three-day fest, which runs from April 13–15 and costs up to $65 to attend, features a number of acclaimed authors like Robin Sloan, Kim Fu, Jami Attenberg, and Tara Conklin. Participants can attend everything from the book fair to the lit crawl to workshops to author panels, all while staying on the beautiful Orcas Island, the largest of the San Juan Islands.

EWU presents the Get Lit! Festival

From poetry slams to live music to writing workshops to book signings, the Get Lit! Festival in Spokane has it all. The fest runs from April 23–29, and while many of the events are free, some of the readings with acclaimed authors like Brit Bennett and Anne Lamott—held in local bookshops and venues around Spokane—require a purchased ticket. This year, the fest has partnered up with Eastern Washington University and their MFA program to host a number of a visiting writers, like Judy Blunt and Darin Strauss, who will take part in the literary activities.

Independent Bookstore Day is a celebration of independent bookstores and recognized across the nation on April 28. Seattle’s Elliott Bay Book Company and Open Books: A Poem Emporium are just two of a number of Emerald City venues taking part in the festivities, along with Bellingham’s Village Books and Auntie’s Bookstore in Spokane. Independent Bookstore Day hosts everything from literary scavenger hunts to author readings to tasty treats to exclusive books and bookish goodies.

On April 29, photographer and former Official Chief White House Photographer Pete Souza will be at The Moore Theatre in downtown Seattle presenting his new work, Obama: An Intimate Portrait. The book features a number of extraordinary behind-the-scenes photographs of Obama’s presidency. While tickets are $57.50, it’s an event put on by the Elliott Bay Book Company that Washingtonians won’t want to miss.

Seattle’s Hugo House is a literary institution that hosts reading events, writing workshops with acclaimed authors, and programs and fellowships for youths and adults. On May 11, for $25, the Hugo House will host its notable literary series with writers Lidia Yuknavitch, Tarfia Faizullah, Ijeoma Oluo, and Nick Droz. These authors will read new, original work on the theme “There Goes the Neighborhood,” and along with the reading, Yuknavitch and Faizullah will be teaching weekend writing workshops. 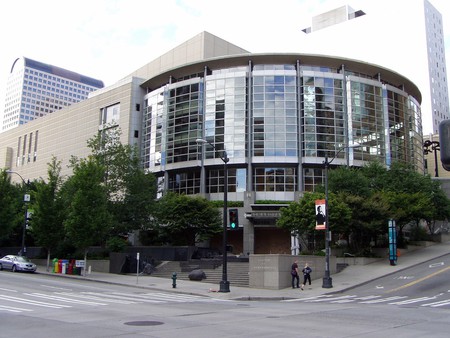 The Moth Mainstage at Benaroya Hall

The Moth is a non-profit, live storytelling organization that takes place all over the globe. Every event has a theme, with readers picked at random and not allowed to carry their notes onstage. On May 23, the Benaroya Hall in downtown Seattle will host The Moth Mainstage event. The theme for this competition is “Save Me” and tickets range between $35 to $80.

An Evening with David Sedaris

In Bellingham, at the Mount Baker Theatre, author David Sedaris will sit down on May 4 to chat about his books—among which include Theft by Finding: Diaries (1977–2002), Me Talk Pretty One Day, Let’s Explore Diabetes with Owls—and his career as a writer. Sedaris’ wit, satire, unique humor, and thought-provoking social critiques, appear in publications like The New Yorker and The Best American Essays. The event, priced between $30 and $60, is sure to be full of laughs.